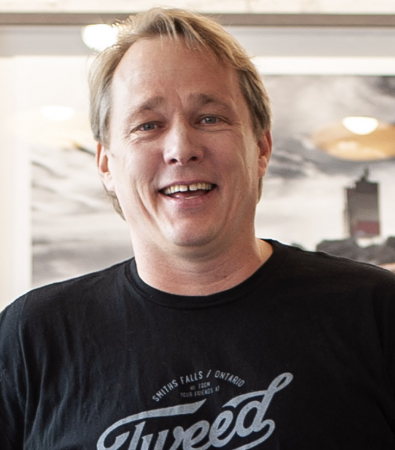 Canopy Growth’s Bruce Linton is stepping down from his post as co-CEO and board member effectively immediately, a statement from the company said.

Mark Zekulin will remain as the sole CEO and will work with the company’s board to begin a search to identify a new leader to guide the company in its next phase of growth, which will include both internal and external candidates. Rade Kovacevic, a long-serving member of the team currently leading all Canadian operations and recreational strategy, will assume the role of president. The board also appointed John Bell to replace Linton as chairman. Bell has served on the board as lead director for five years.

“Creating Canopy Growth began with an abandoned chocolate factory and a vision,” said Linton. “The board decided today, and I agreed, my turn is over.”

While noting that “change is never easy,” the outgoing CEO expressed full confidence in the  Canopy team to progress through the transition and to the future.

In a separate interview, Linton said he was “terminated” and added that the board’s decision to make Zekulin the sole CEO could have been handled differently.

“I did not wish to leave,” Linton said. “I was asked to leave and I left under the terms that we mutually agreed to… This is not an expected change, and not one I necessarily welcome, but it’s not going to be bad for the company.”

While thanking Linton for establishing the foundation of Canopy Growth, board director David Klein said the company is “also excited to embark upon our next phase of growth as global leader in the cannabis industry.”

Canopy Growth’s shares fell last month following the company’s earnings report for a three-month period ending March 31st. The company reported net revenues of $94.1 million for its financial fourth quarter, up from $22.8 million and above analyst estimates. However, the Smiths Falls, Ont.-based firm posted a net loss attributable to shareholders of $335.6 million, or 98 cents per share, up sharply from a loss of $61.5 million or 31 cents a year earlier.

In reporting the results, Linton said Canopy invested heavily during the quarter for longer-term growth, such as boosting its production capacity and preparing for the launch of edibles and other next-generation pot products once legal later this year.

Canopy was founded in 2013 and recently received a $5 billion investment from Constellation Brands, the massive alcohol company.

Constellation Brands said last week that it was “not pleased” with Canopy’s recent year-end results as it recorded a loss in its own financial first quarter in connection with its stake in the Canadian cannabis company.

With files from The Canadian Press