OTTAWA – The federal government promises it will soon be quicker – and less expensive – to obtain a criminal pardon for previous convictions of simple pot possession. 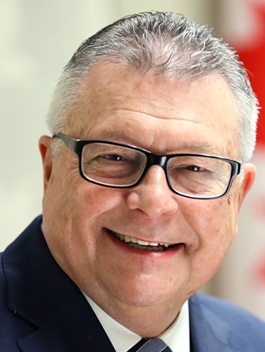 The announcement comes as Canada ushers in a new era of legal recreational cannabis use today.

The Liberals have faced pressure to address the pot pardon issue, including within their own caucus, due to the effect of marijuana-related convictions on marginalized Canadians.

Until now, simple possession of up to 30 grams of marijuana has been punishable by a fine of up to $1,000 and six months in jail.

Individuals have been eligible to apply for a pardon through the Parole Board of Canada five years after the conviction is handed down.

But the waiting period and the $631 cost of applying for a pardon, known as a record suspension, have proven difficult for some people saddled with records.

Under the new plan, people could apply immediately as long as they have completed their sentence, Goodale told a news conference today. Legislation will be required to implement the new measures.

“Now that the laws on cannabis have changed, individuals who previously acquired criminal records for simple possession of cannabis should be allowed to shed the stigma and the burden of that record.”

Blair cautions that legalization is only the first step towards a strictly regulated cannabis regime that achieves the government’s twin objectives of getting pot out of the hands of kids and eliminating the thriving black market run by organized crime.

“The new system will do a better job of protecting our kids and that’s our first and most important priority,” he said. “By giving adults a regulated legal alternative, we believe we can make our communities safer.”

Among the potential early hiccups are fears there will not be a large enough supply of legal cannabis to meet initial demand, that it may be priced too high to compete with the black market and that police are not ready to test for cannabis-impaired driving.

The Canadian Nurses Association remains concerned about criminal penalties for youth possessing more than five grams of cannabis that “are too onerous” and could jeopardize their future.

The Canadian Medical Association Journal, meanwhile, is calling on the government to fund research to answer questions about the effects of marijuana use over time and “have the courage to admit the legislation is flawed and amend the act” if cannabis use jumps.

Then there’s the patchwork of regulations imposed by provinces and municipalities, with varying rules governing such things as how old a person must be to legally purchase and consume cannabis, how much can be grown at home, if any, and whether it can be consumed in public places.

The Canadian Federation of Independent Business complains that small businesses are grappling with “inconsistent and uneven” rules about workplace impairment, where cannabis can be consumed and drug testing.