Optimizing cultivation with help from science 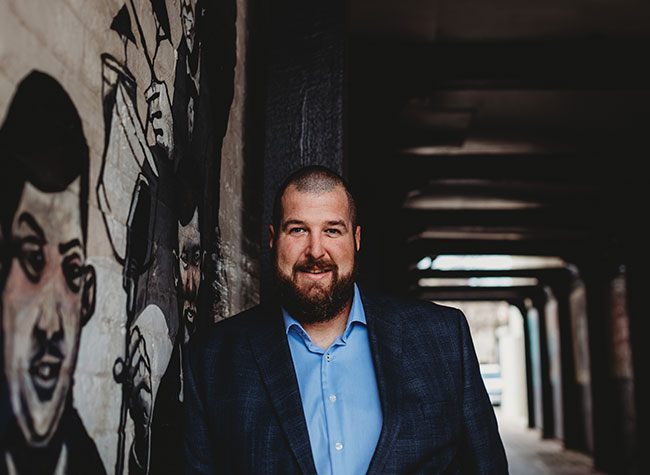 When his patients began telling him about the relief they’ve had using medical cannabis, Chad Morphy’s health-care career started taking him to a different path.

He left his 13-year practice as a registered massage therapist and osteopathy practitioner to become a licensed producer under the Marijuana for Medical Purposes Regulations (MMPR). The intention was to grow cannabis on behalf of one of his patients, who had multiple sclerosis, was bound to a wheelchair and could not grow the plant on his own. He then began immersing himself in the science of cannabis cultivation. As he started working with other MMAR patients and seeing the effects cannabis was having on their health and wellness, Morphy knew he found a new calling.

“I saw the opportunity to help them promote health and quality of life within a whole new industry and a whole new area of theory and practice. When the MMPR was introduced in 2013, it was an easy decision to start an LP with my co-founders, who are equally passionate about the difference this plant can make,” he recalls.

The co-founder and head of operations of GreenSeal Cannabis Co, Morphy is spearheading the company’s cultivation facility in Stratford, Ont., a 28,000-square-foot indoor, multilevel vertical farm. The facility currently produces 2,000 kilograms of flower annually. It just recently completed the construction of four more flower rooms which, pending Health Canada approval, will bring the company’s production capacity to 10,000 kilograms per year.

Since venturing into the cannabis space, Morphy has dedicated his career to understanding every element of the cannabis plant, writes Steve Stacey in his nomination of Morphy for Canada’s Top Growers.

“As evidence of his deep knowledge of cannabis cultivation, Chad has achieved harvests yielding 2.2 lbs. per 1000W of light, and has led or advised multiple operations that have gone on to achieve regular average yields of 1kg/year per square foot of grow space,” Stacey states.

Morphy was personally involved in the design and layout of GreenSeal’s production facility in Stratford. This construction project won the Grand Valley Construction Association Building Excellence Award in 2016/17, according to Stacey.

Plant science
Like every other master grower in this relatively young industry, Morphy gained and accumulated his cannabis cultivation knowledge mostly through experimentation and documentation, guided by a variety, albeit a limited number, of books and publications available at the time. He also benefitted from professional partnerships with colleagues and researchers, inside and outside the cannabis circle. But the science is what he was most interested in.

“I started getting in-depth about researching the science of plants. Obviously, I have a science background, which is the type of subject that always came naturally to me anyways,” Morphy says. “I was especially fascinated with the nutrients of the plant at that time. And how little had been done as far as specific research on nutrients for cannabis.”

He is a firm believer of documentation, which he says, allows any grower to quickly learn from their mistakes and make the necessary tweaks that can then be applied to the next crop. Documentation also allows for objectivity, removing the bias and ego that can easily slip into growing practices, which can lead to false assumptions across the industry, Morphy points out.

Data trending is also an important exercise, which can be achieved with proper documentation, providing crucial insights over a longer period of time, he adds.

In cannabis cultivation, the GreenSeal master grower explains how they collect data from the plant: “We measure root zone temperature, leaf surface temperature, soil moisture using both EC-based meters and tensiometers, and scales for measuring changes in pot weight, which we use as an estimate of transpiration rates. We also regularly analyze plant tissue, substrate, irrigation water, and runoff.”

Data gathering is one thing; organizing and analyzing them in meaningful ways is a whole different ball game. Morphy suggests growers really think hard about designing a data collection and analysis protocol that will suit their needs – and doing it as early into the process as possible.

GreenSeal’s genetic selection program – which Morphy has initiated – is also a testament to his love for science and the company’s quest to produce consistent, high-quality cannabis. In his nomination, Stacey explains this genetic selection process: “Multiple seeds from the same cultivar are propagated simultaneously, and only those phenotypes displaying the strongest growth characteristics and testing for the highest (or most desirable) levels of cannabinoids are maintained as mothers (or used to produce pollen, in cases of potential fathers), which can then be re-introduced into the company’s proprietary breeding programs or considered for direct use as a main production strain (cloning the many rows of GreenSeal’s towering flower rooms).”

Balancing act
Morphy essentially wears two grower hats in his organization: the grower of plants and the grower of business. His day is typically spent balancing these two, ensuring that each is given the appropriate attention they equally deserve.

A production meeting with the entire team starts his day at work. Then Morphy proceeds to do the rounds through the facility – checking with the back-end staff, packaging team, quality control person and the head of innovation, breeding and genetics department.

Then he puts on his corporate hat – sitting down at meetings, answering emails. From time to time, he also hosts visitor tours, some of which are with other license holders, exploring potential partnerships.

“I’m also the primary connection between the front-end corporate activities and the back-end production activities. This is a vital link, since big decisions, partnerships, and corporate strategic planning all need to be firmly based on an awareness of our production targets and capacities.” 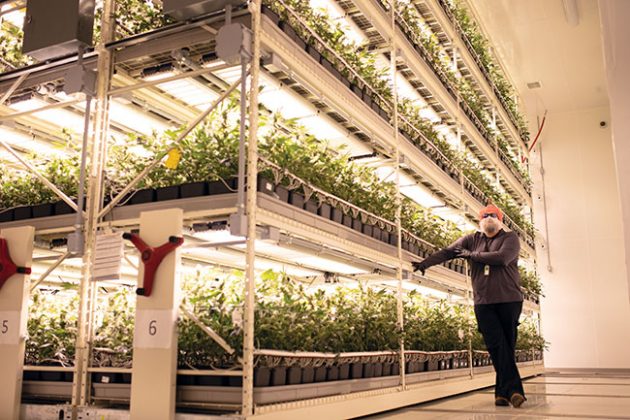 As the head of operations and the master grower at GreenSeal Cannabis, Chad Morphy wears multiple hats, ensuring the cannabis plants are growing just as healthily as the business.

Growing team
Morphy says quality control and assurance is an integral part of his company’s production process, and so are the people that implement and execute these standards.

“We’ve put together a cultivation team with people who are all extremely passionate about cannabis and growing,” he says.

Through organized brainstorming sessions, where everyone is encouraged to propose ideas to continually improve processes and environments, Morphy creates an atmosphere of openness and innovation. “Definitely, GreenSeal focuses on being an innovator in the industry.”

Morphy shares his knowledge to GreanSeal’s team of growers, many of whom have not worked at a large-scale cannabis cultivation facility before GreenSeal. His roll-out of the company’s ideas-sharing system shows Morphy is not a top-down, ‘-my-way-or-the-highway’ type of leader.

“Rather than simply applying his own hard-earned knowledge to the production process in a top-down, prescriptive manner, Chad deliberately creates channels for dialogue, collaboration, innovation, and testing new ideas in ways that make even the most junior members of the team feel like they are important,” Stacey says.

Morphy enjoys mentoring the young growers. “I hope the real legacy that my work will leave behind is with the next generation of growers. The sky’s the limit for these knowledge-hungry people who are just getting their start on what will hopefully become a successful, lifelong career growing cannabis – which has been a dream come true for me and I know it will be for them too.”