A legal gram of cannabis in Canada costs nearly 50 per cent more than those sold through illicit means, according to a new analysis of price quotes compiled by Statistics Canada. 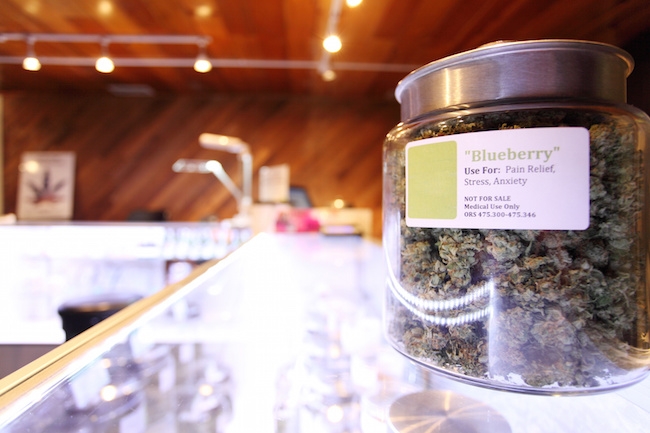 The average price of a legal gram of medical or non-medical marijuana during the fourth quarter last year was $9.70, compared to the black market price of $6.51, the Ottawa-based agency said.

The conclusions were based on price quotes gathered using the StatsCannabis crowdsourcing application between Oct. 17 – when adult-use was legalized in Canada – and Dec. 31.

Roughly half of respondents indicated they bought cannabis from a legal channel, such as government-run stores or websites, based on 385 price quotes the agency deemed plausible.

Still, StatCan said caution should be used when interpreting the crowdsourced data.

“These estimates are subject to potential statistical bias because the sample is self-selected and responses are limited in number,” the agency said in a release.

Prior to Oct. 17th, the unweighted price per gram of cannabis was $6.83 last year, based on the 19,442 submissions by Canadians to the StatsCannabis crowdsourcing application. Post-legalization during the fourth quarter, the overall average price of legal or illegal cannabis per gram was $8.02, or 17.4 per cent higher.

Statistics Canada’s latest report helps to shed light on Canadian consumer behaviour since Canada became the second country in the world to legalize recreational marijuana. The Liberal government has stated that a major goal of this trailblazing policy shift was to eliminate the black market.

Demand for legal pot was high on legalization day, as evidenced by lineups at brick-and-mortar stores and brisk sales online. But initial delivery problems and widespread product shortages at government-run cannabis retailers have not helped in encouraging Canadian cannabis users to make the switch to legal sources.

The agency said its latest analysis found that the average amount of cannabis purchased from an illegal supplier in the fourth quarter was more than double the quantity bought from legal channels, such as government-run stores or websites.

Respondents told the agency they purchased an average 17.2 grams from illegal sources, compared with 8.3 grams from legal channels. Breaking it down by channel, StatsCannabis respondents said they bought 4.7 grams from a legal retail outlet and 9.1 grams when purchasing legally online for delivery by mail.

There also appears to be a difference in purchase patterns between genders.

Males were found to purchase larger quantities than females from both legal and illegal sources, StatCan said. Men were also more likely to purchase cannabis from a legal supplier than females, at 49.8 per cent versus 41.6 per cent, it added.

“Overall, 17 of 23 respondents answered that they have begun consuming cannabis because it is now legal,” the agency said.