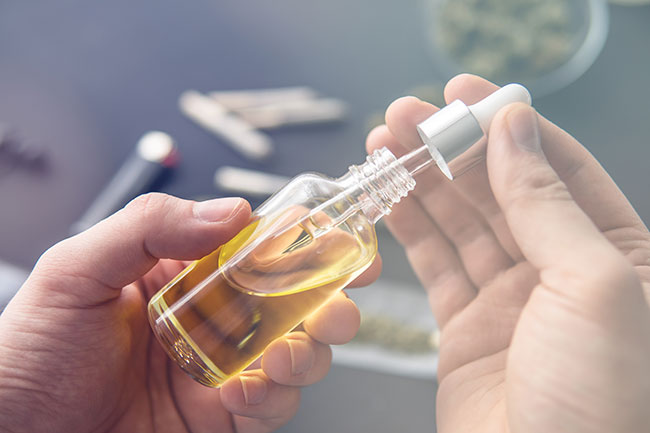 Deloitte estimates the Canadian market for edibles, and extracts to be worth $2.7 billion annually. (Photo: AdobeStock)

Whether we want to admit it or not, genetic engineering is a huge part of modern life. It’s in our food, medicine and now it’s going to become part of the cannabis industry. In the past months, several companies have announced the successful use of genetic engineering to produce cannabinoids in yeast.

What is biosynthesis?
This process, known as biosynthesis, involves taking the genes for making cannabinoids out of the cannabis plant and introducing them into yeast. The idea is to use yeast in the same way as the alcohol industry, brewing up large vats that can be siphoned off as required. The concept of genetically engineering yeast is not new. Yeast has been used by biologists and biochemists for over a century, due to its ease of use and simple biology. In fact, working with yeast is one of the most basic skills that is being taught to students in the Life Sciences field.

The proposed innovation is to use yeast to produce large volumes of pure cannabinoids which could then be used to infuse a variety of products. These cannabinoids would be chemically and physically identical to those produced by cannabis cultivators. This comes at a great time for a cannabis industry as it looks to transition into a line of non-smokable products like edibles, concentrates, oils, vaporizers, drinks and cosmetics to name a few. The concept of biosynthesis has become more popular over the last few years with a 2019 publication in Nature, one of the most prestigious science journals in the world.

The wave of investments that came with the initial cannabis boom pre-legalization is over. Cannabis companies continue to struggle to make a profit and the price of production remains too high. Biosynthesis brings the promise of greatly reduced costs, increased production and increased accessibility for consumers. It also seems to be a proposed solution for some of the major problems plaguing cannabis cultivators: increased quality assurance by providing a purer product, decreased variability between harvests, an infinite growing season and the elimination of certain health concerns like powdery mildew and mold.

In September 2020, Willow Biosciences in Calgary, Alta. announced the successful completion of a 500-litre pilot to produce cannabigerol (CBG), a rare cannabinoid that is becoming increasingly popular with consumers. This made it the first company to produce “material amounts” of cannabinoids biosynthetically. Rare cannabinoids are naturally produced at such low levels in the cannabis plant that they cannot be economically extracted with high purity. The company has stated that it is aiming to commercialize by the first half of 2021. The development was made possible, in part, by the contribution of its partner company, Albany Molecular Research Inc. As reported by Synbiobeta, in 2019, Willow Biosciences had raised $30 million from investors.

Hyasynth Biologicals was founded in 2014 in Montreal, Que. and was the first player in the yeast biosynthesis sector. In September 2020, the company announced that it had produced and sold the world’s first biosynthetic cannabidiol (CBD). The company has stated that it is now scaling up its production capacity with the aim to deliver by 2021. Hyasynth has been primarily financed by two significant investments from Organigram Holdings Inc. – an initial $5 million in September 2018 and a second investment of $2.5 million in October 2020.

Amyris is a company focused on the “clean health and beauty” market. In December 2019, it announced the first successful shipment of biosynthetic cannabinoid to its partner, LAVVAN. Furthermore, in September 2020, the company announced the successful scale-up of its production of CBG, aiming to deliver later this year. Amyris has the largest potential funding of any company in the biosynthetic sector, having signed a $300 million deal with LAVVAN in March 2019.

The future of the sector

Right now, cannabinoid biosynthesis in yeast has yet to be taken to full commercial scale. However, as can be seen, several companies are getting close and the benefits are becoming more apparent. Hyasynth has stated that it can produce cannabinoids in 1 week, as opposed to the several months required by cannabis cultivators. Eight Capital has stated that Willow’s production costs are $1,000-$2,000 per kilogram, compared to the wholesale price of $5,000 per kilogram for cannabis cultivators. The implication is that yeast biosynthesis technology will be able to provide a larger, more steady supply of cheap cannabinoids for consumers and industry partners.

However, some in the cannabis industry remain skeptical. Are these claims wildly optimistic and only marketing fluff? The real test will be to see biosynthesis running in full production environments and its impact on the performance of the industry during the first half of 2021. If the technology proves viable and is embraced by the community, the impact on the cannabis industry will be revolutionary!

Jonathan Lee recently graduated with a Masters of Science from the University of Toronto and is embarking on a career in molecular biology.