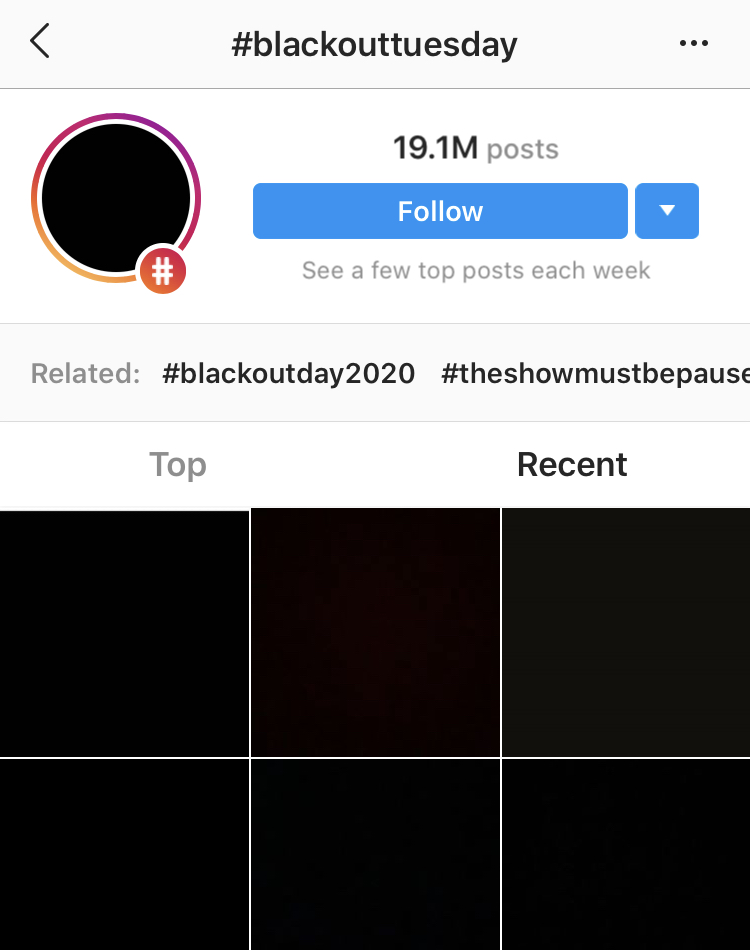 The Canadian cannabis industry joins millions on social media for #BlackoutTuesday on June 2, 2020.

Cannabis brands across the nation have muted their social media presence in response to protests and unrest over the death of American George Floyd.

On Tuesday, June 2, brands from across all industries posted a black square on their social media accounts to observe, mourn and demand policy change after the death of 46-year-old, African-American Floyd, who died of a cardiac arrest while being forcibly restrained by Minneapolis police officer Derek Chauvin.

As part of Blackout Tuesday, many Canadian cannabis brands have also pledged to use this time to educate themselves and their followers on the Black Lives Matter movement. Many have also tried to reconnect with the black, indigenous, people of colour (BIPOC) community.

“We are muting our account for the near future to allow for the voices that need to be heard right now. We will take this time to listen, learn and figure out ways to move forward in solidarity,” said Alberta-based Sundial Cannabis on an Instagram post.

“Today we are muting our social media to allow the voices to be amplified. We want to build a world that is full of peace, love and harmony, and today we need to listen to make this possible,” said cannabis retailer Spiritleaf Cannabis on an Instagram post.

The #BlackoutTuesday movement has been traced back to the music industry. It is said to be created by Atlantic Records senior director of marketing Jamila Thomas and Brianna Agyemang, who is a senior artists campaign manager at Platoon.

Those participating in the Blackout Tuesday movement garnered criticism from Black Lives Matter activists after the flood of new posts also overwhelmed the #BlackLivesMatter feed.

The #BlackLivesMatter hashtag is normally used by protestors to communicate information over social media. With the blackout, the hashtag became useless, they said. Participants are encouraged to stick to #BlackoutTuesday and #TheShowMustBePaused.

A message from Niagara College President Sean Kennedy and @yourncsac President Tom Price: With our shared commitment to providing a college community that is respectful, inclusive and diverse, and in solidarity with those fighting racism, intolerance and injustice, we agree that the focus of social media today should be on these important issues, and the meaningful, positive change we need in our communities and around the world. Both Niagara College and NCSAC will pause their social media accounts today, and our joint Instagram AMA scheduled for today has been postponed.

Blackout Tuesday in support of Black Lives Matter. If you plan to post, please do not use the BlackLivesMatter hashtag as it prevents protestors from getting or sharing vital information. Use #blackouttuesday instead.