Doug Ford's new conservative Ontario government is creating renewed optimism in the cannabis industry particularly on the prospects of increased private business participation in one of the fastest growing industry in Canada. 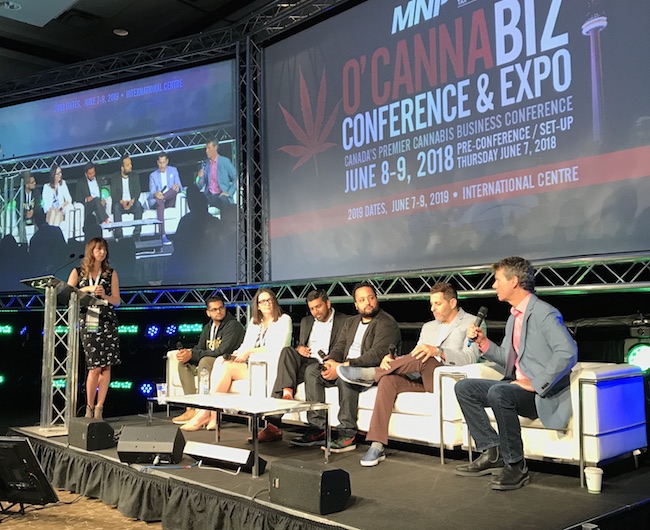 This was expressed at an industry panel during the O’Cannabiz conference and expo in Mississauga, Ont., last week. Panel participants were counting on Ford’s publicly known position of supporting private enterprises, and see this as an opportunity to re-open the conversation about allowing private retailers for recreational cannabis once legal.

“Ford is all about free enterprises,” said Vijay Sappani, chief strategy officer at TerrAscend Corp., a licensed producer of medical cannabis based in Mississauga, Ont.

Sappani, who disclosed in the panel discussion that he supported and helped in Ford’s election campaign, said the cannabis industry needs to start “engaging and lobbying” the new conservative Ontario government.

The previous Ontario Liberal leadership has adopted a cannabis distribution and retail model that is generally similar to liquor and tobacco. Under the law, cannabis in the province will be sold exclusively by the province-owned Ontario Cannabis Store. The recent provincial elections, however, saw the Progressive Conservatives taking over the government with a majority 76 seats and pushing the Liberals out of official party status with only seven seats.

Industry observers believe the new Conservative government would at least re-open the conversation for increased private participation in the cannabis marketplace.

“It’s one of the fastest growing industries in Canada right now and… the majority of producers are in Ontario. So there is an opportunity to sit down with the premier and talk about what is the best model for retail in Ontario,” Cam Battley, chief corporate officer at Aurora Cannabis, told Grow Opportunity in an interview.

“What about things like safe places to consume legal cannabis in the future? These are some questions that need answers and what we want to do is make our case and provide some very well-supported argument as to how it could be a little bit different than previously envisioned by the (Liberal) government.”

He cited other provinces – like Alberta, Saskatchewan, Newfoundland, Manitoba and B.C. – have taken either a privatized approach or a hybrid model combining private and public retail systems. The industry is working to engage in a dialogue with Ontario and other provinces that have taken or plan to take a public monopoly approach to recreational cannabis sale, said Battley, who is also a director at Cannabis Canada Council, the industry association for the cannabis sector.

“We want to see broader opportunities… I think there is an important conversation to be had and I am hoping that we would be able to persuade the government to broaden their thinking to allow for more private participation,” Battley said.

Innovation
The O’Cannabiz industry panel also talked about the recent approval by the Senate – with a list of amendments – of Bill C 45, bringing Canada closer to becoming the first G7 country to legalize recreational marijuana.

“There are a handful of amendments that the industry is very concerned about,” said Trina Fraser, co-managing partner at Brazeau Seller Law. “We could see royal ascent next week realistically… and by end of the month we will have more clarity on the Cannabis Act.”

Consolidation in the market will continue to play out, the industry will continue to expand, but in the end those with the ability to innovate and effectively respond to consumer demand will win, according to the panel.

“Product categories have to be driven by consumer demand. It’s about making a better consumer experience,” said John Fowler, president and CEO of Supreme Pharmaceuticals.

He added product categories that will be coming out in the recreational market should be “consumer-driven mix, and not investor-driven,” emphasizing that consumer demand will ultimately be driving regulatory policies and market activity.

O’Cannabiz conference and expo was held June 7 to 9 at the International Centre in Mississauga.