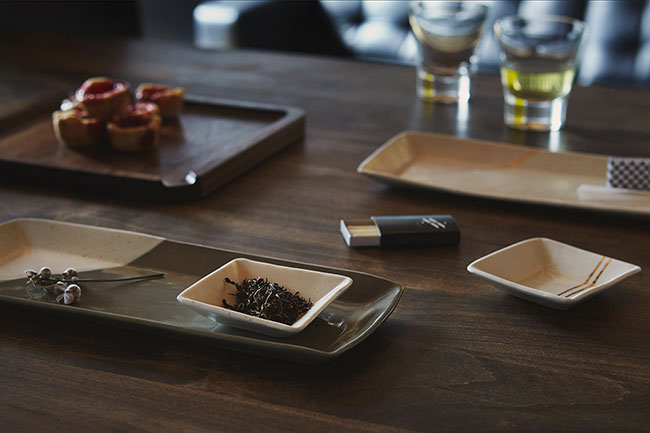 At Behind the Bend cafe, diners sitting by a fire pit nibble on charcuterie and enjoy vanilla bean ice cream served in pineapple boats, but the menu isn’t the reason many flock to the Lambton Shores, Ont. spot.

Customers visit because the cafe about an hour’s drive from London allows them to consume cannabis as long as they are 19 or older and they bring their own legal pot and its receipt.

No province nor territory allows cannabis consumption lounges or cafes yet, but the Bend’s owner bounded ahead with her business because customers were being chided when they used pot in public.

“I’ve just been trying to support my clients and provide them with a space that is safe, so they’re not going to feel like they’re going to get in trouble or get hassled,” said Laura Bradley, who also owns a neighbouring cannabis store.

Her patio – and similar ventures that have sprang up in recent months – are a sign of a frustrated cannabis industry that has long awaited regulations allowing consumption spaces, but has instead seen little progress and a health crisis extinguish hopes that such laws are nearing.

Ontario looked like it would be the first to allow cannabis consumption spaces, when it solicited feedback from the public before the COVID-19 pandemic.

The deadline for that feedback passed more than a year ago, but a press secretary for attorney general Doug Downey said in an email this month that, “No changes to the cannabis framework are expected at this time nor is there a current time frame for any additional changes.”

The outlook is similar in other corners of the country. Most provinces and territories told The Canadian Press public consumption spaces are prohibited and many added they are not even under consideration.

“With the pandemic, we’re now in a situation where everyone – restaurants, bars, hospitality in general – is trying to just recover and they haven’t turned their attention to consumption lounges at all,” said Will Stewart, a senior vice-president at Hill+Knowlton Strategies, who has worked for Tokyo Smoke, Harvest One Cannabis and CannaGlobal.

“It is really going to take political will, and I’m not sure that we have that coming after a pandemic.”

But others say there are perks to considering the spaces now. Hospitality businesses and restaurants need a pick-me-up after months of closures and with vaccination widespread, people are anxious for communal experiences again.

“If restaurants are open, then consumption spaces can be a conversation,” said Andrea Dobbs, the co-founder of Vancouver cannabis shop Village Bloomery.

Some provinces and territories appear to agree. The Yukon Liquor Corporation said in an email to The Canadian Press that cannabis consumption lounges are “continuously under review.”

The Union of B.C. Municipalities added in late August that the province’s cannabis secretariat also plans to engage with stakeholders around consumption spaces in 2022.

However, Stewart suspects moving from discussions to policies will be “difficult” because an Ontario election is looming and companies got their hopes up when feedback was collected before but were ultimately let down.

“Cannabis companies in general are trying to figure out a way to increase their revenue and decrease their costs, so if there’s a company exclusively in the consumption space they’re probably having a very, very difficult time,” Stewart said.

Many shelved consumption space plans or pivoted their companies.

CannaGlobal, for example, which Stewart previously worked for, was building a cannabis consumption business under the ByMinistry name before the pandemic.

It hired Ted Corrado, former corporate executive chef for Drake Properties, to launch a cooking school, run a secret dining club and craft menus for spaces and events, but Stewart said it has since shifted the company’s focus to psychedelics and renamed itself Good Cap Wellness Inc.

“Three years is a really long time to be in a holding pattern, so a lot of people have had to adjust, adapt, move on, move forward in a different path,” said Jaclynn Pehota, executive director of the Association of Canadian Cannabis Retailers (ACCRES).

But demand for consumption spaces hasn’t let up, despite attention being diverted.

Pehota recently asked ACCRES members to rank the importance of 10 issues facing the industry and found consumption spaces came second to advocating for a B.C. program that would allow small scale cultivators to sell products directly to private retailers.

It sold smoothies and baked goods but no cannabis-infused products before it was quickly shut down.

He insists it’s legal because the tables are covered by the store’s security cameras and far enough from its entrance to obey Health Canada regulations.

Bradley has taken similar steps and requires staff to have Smart Serve training, check on the well-being of customers and co-operate with authorities who visit to inspect the premise.

“I go above and beyond, so we don’t raise any eyebrows in any direction,” she said.

“None of the governing bodies that have been here has said, ‘we are going to write it up that you have permission to operate,’ but they’ve all said, ‘you’re not giving us a reason to shut you down.'”

Though winter will put a damper on outdoor consumption spaces, Pehota believes such ventures will become common as operators get “super creative” in the absence of legislation.

“But I think it would be nice for that not to be necessary,” Pehota said.

“It would be a lot more beneficial to the sector and a lot easier on the public and our regulators, if we just created a structure as opposed to leaving people to their own devices.”