“Many are watching this category very, very closely because they see opportunities there, but you have to keep a realistic frame of mind about the timeline that is still ahead of us. Do not get locked into anything at this point, because the recommendations in the report are just that: recommendations. They’re not necessarily going to be accepted by government.”

Since legalization, the conversation regarding the categorization of intoxicating vs. non-intoxicating cannabinoids has been top of mind for the Canadian cannabis industry, which begs the question: should THC and CBD be regulated in the same manner?

A timeline of expectation

According to Fraser, the government verdict at the time of legalization determined that further consultation was required on the appropriate level of regulatory oversight and evidence requirements before approving potential new health products containing cannabinoids.

“So, there’s been an expectation since 2018, and industry has been asking where this pathway is and if they would be Natural Health Products (NHPs),” she explains.  A consultation was held in 2019 which proposed a new category of Cannabis Health Products (CHPs). Following this consultation, the federal government formed the Science Advisory Committee.

Cannabis entrepreneurs have been awaiting these regulatory shifts for years to accommodate CBD ventures that would offer CHPs in pharmacies, health food and corner stores, similar to the access and availability seen in the U.S., U.K., and Europe.

However, while the report by the Science Advisory Committee recommended to government that a new pathway be created for the sale of CHPs for therapeutic purposes and self-care, the committee recommended that at this time, these products be sold exclusively through pharmacies and veterinaries, omitting box stores, pet shops, and wellness boutiques.

While some might deem these as modest recommendations, the document has inspired plenty of questions at the level of industry in terms of infrastructure, enforcement, manufacturing, etc. Furthermore, the development of these new pathways for CBD as a cannabis health product seems reminiscent of the convoluted process of legalizing cannabis in the first place.

“It’s really the same situation we were in with cannabis legalization, on a smaller scale,” says Fraser.

“I remember a time, pre-legalization, when my head was swimming with the number of things that still needed to be determined, and decided, and implemented… Infrastructures that needed to be built,” she continues.

Yet on the positive side, “as difficult and overwhelming as it was, it did get done; it’s all doable.”

“So even though it’s limited indications and limited channels of sale and limited cannabinoids; it’s something.”

“Many are watching this category very, very closely because they see opportunities there, but you have to keep a realistic frame of mind about the timeline that is still ahead of us. Do not get  locked into anything at this point because the recommendations in the report are just that: recommendations. They’re not necessarily going to be accepted by government.”

Three questions to consider in response to the review of cannabidiol

This query stands in relation to promotion insofar as marketing, as well as the health claims that can be made and/or printed on the package at face value.

Other similar questions include whether CHPs will be treated the same as regulated cannabis products when it comes to the rules on use of colours and graphics. What type of wording will be employed and can they be represented as glamorous or trendy lifestyle brands — which to date has been strictly prohibited in the regulated cannabis space.

Fraser upholds that there is “lots of advocacy around the fact that we should not treat intoxicating and non-intoxicating products the same.” The science advisory committee was formed in order to look at the medical and scientific issues around this new category of product. Therefore, the question remains whether this extends to the packaging of CHPs as well.

“Since legalization, I’ve had tons of clients and potential clients coming to me and asking about CHPs and building business plans around this new category that is coming. But when we say it’s coming, we mean in terms of government policy development.”

“Even with this report I don’t think these are products that are going to launch in 2023. We’re looking into 2024 to see these products, and potentially longer if there is this whole new infrastructure that has to be created, such as a new category of licence for the companies that want to produce these products.”

“And when it comes to the sale of CHPs, if the federal government says — yes, we think it’s appropriate to only sell these products in pharmacies — well pharmacies are regulated provincially. So, the provinces may need to make adjustments to their provincial pharmacy regulatory scheme to permit pharmacies to sell OTC cannabinoid products, and that’s something that would have to be looked at on a province-by-province basis.”

“I will be cautioning clients to not lock themselves into any particular path that relies upon these recommendations actually being implemented because we still might see divergence from them, but it is a step forward.”

Another pressing question is, of course, the source of the CBD itself. Will these extracts be taken from federally licensed producers of cannabis, or will they extend the category to include CBD sourced directly from hemp growers whose plants contain less than 0.3 percent THC.

Could the manufacturers of CHPs be the cannabis processors, or perhaps the NHP producers? Will there be a new establishment licence for this pathway of products? What licensing will enable producers to create these products, and at what standards?

At this point, we still have a wealth of unanswered questions, the federal response to which will help determine the creation of new channels to facilitate public access to regulated CBD products.

Cannabis attorney Trina Fraser would like to encourage everyone who’s got an interest in the development of cannabis health products licensing and infrastructure to seize the consultation and make your submission to the government, by saying “I either agree or disagree (here’s why), with the recommendations that were made. And here are my thoughts on how the regulatory framework for these products should be flushed out,” she says.

“Put your position forward because now’s the chance. This is your opportunity to be heard. It is not clear how much room for change there will be once draft regulations are published”. 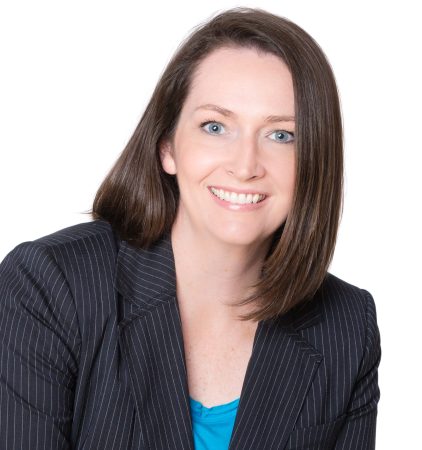