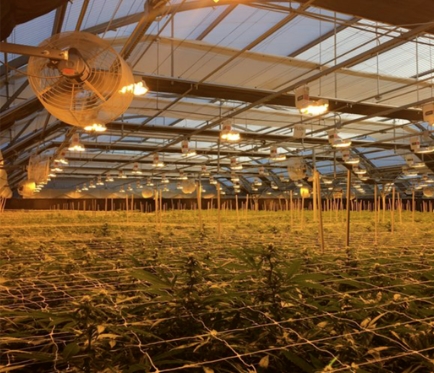 In addition to the Winnipeg facility

GrowForce Holdings has announced it will open its flagship cannabis cultivation facility in the city’s St. Boniface Industrial Park.

It says the 11,000-square-metre facility will employ 150 to 200 people once it’s fully operational next year.

GrowForce CEO Rishi Gautam says the company looked at various cities, including Edmonton and Calgary, but settled on Winnipeg because of reasonable hydro rates and a large skilled workforce.

Gautam says the company purchased the site for about $10 million and plans to invest another $30 million to retrofit the building.

Executive vice-president James Lowe, says the company will produce more than 900 kilograms of cannabis at the Winnipeg facility every month.

“We’ve selected this site and chosen indoor cultivation over (a) greenhouse here in Winnipeg because the energy prices allow us to do so,” Lowe said Tuesday.

“Its previous design lends itself to good workflow.”

“The main driving force with respect to cannabis is having a quality, consistent product in a climate-controlled facility,” Gautam said. “This is what this building represents.”

The company has already purchased two other sites, including a licensed facility in Brampton, Ont. and a plant in Dunnville, Ont.

Gautam said the cannabis licence GrowForce has for Brampton will make it easier to get one for its Winnipeg location.

Recreational cannabis is expected to become legal in Canada later this year.