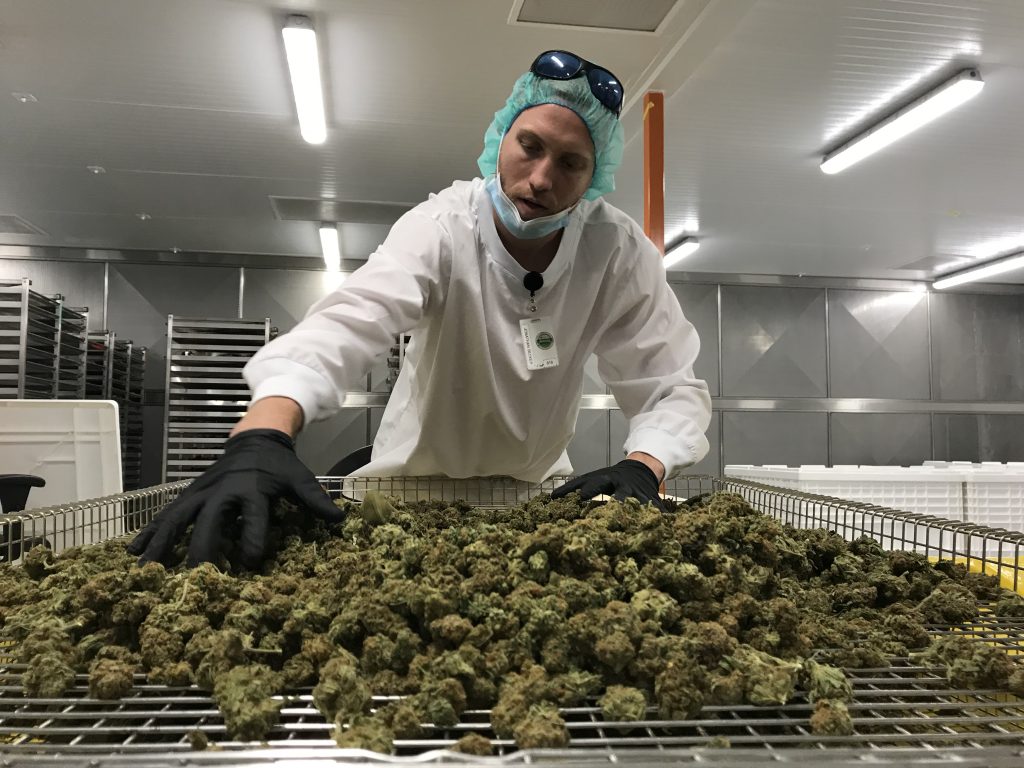 Cannabis facilities maintain a stockpile of PPEs for their bio-secure production facilities.

The interim chief executive of CannTrust Holdings Inc. said the board was kept in the dark about unlicensed growing at its Ontario greenhouse and only learned of the allegations after Health Canada notified the pot company of its discovery.

Robert Marcovitch would not address questions about who gave the direction to start cultivating pot in five rooms at its Pelham, Ont.-facility before receiving government approval as its internal investigation is ongoing.

The board member and former chief executive of K2 stepped into the top job at the Vaughan, Ont.-based cannabis company last week after it terminated its chief executive Peter Aceto and demanded its board chair Eric Paul resign amid Health Canada’s probe of illegal pot growing at one of CannTrust’s greenhouses.

“Clearly, during the course of the investigation, information came to us and brought the attention to a number of issues,” he said in an interview. “And, without a doubt, (that) led to the decision of the board to terminate the former CEO, with cause, and to demand the resignation of the board chair.”

Last week’s announcement that the two men were gone came after multiple media reports cited internal documents that suggested that Paul and Aceto were aware of the illicit pot cultivation months before Health Canada discovered it and seized thousands of kilograms of cannabis from the unlicensed rooms.

After receiving a non-compliance report from Health Canada last month, CannTrust established a special committee of independent board members to investigate what transpired. Marcovitch was the chair of this special committee, and board member Mark Dawber has now taken on that role in his place.

Marcovitch said the special committee is working “tirelessly” to complete its investigation but could not give a timeframe for when it would be complete.

When asked whether CannTrust would take legal action or file criminal charges against those involved, or make further changes to the board, Marcovitch did not rule it out.

“We want the investigation to be thorough, so we are not bridling them in any way shape or form,” he said.

Marcovitch also said CannTrust has been in contact with the Ontario Securities Commission since Health Canada launched its probe, but added he has not been advised of any formal investigation.

“We hope we’re providing them with everything they need and hopefully they’re less worried about all of this. Because, we’re of course worried about it, and that’s why we’re doing what we’re doing.”

He said CannTrust, which is also listed on the New York Stock Exchange, has not been in touch with U.S. Securities and Exchange Commission, but it has been working with the local securities regulator, understanding it would co-ordinate with those outside the jurisdiction.

The company has come under the scrutiny of the OSC in the past.

A Nov. 23 OSC letter to CannTrust’s then-CFO cited “deficiencies” in its continuous disclosure record, and noted that the cannabis company had agreed to take “remedial steps” to address them. A copy of the letter was viewed by the Canadian Press.

CannTrust was among 21 licensed producers, out of a total 70 cannabis issuers, that were examined by securities regulators as part of an industry wide review of disclosure issues in the pot sector.

The OSC confirmed that any Ontario-listed company that was part of the review would have received such a letter.

Marcovitch would not comment on what those disclosure deficiencies were or the nature of the remedial steps, but said all matters have been addressed since the review.

CannTrust stock has fallen more than 50 per cent on the Toronto Stock Exchange, since CannTrust disclosed the regulator’s finding in July that the licensed producer was growing cannabis in unlicensed rooms, an act that is subject to harsh penalties such as the suspension or revocation of its licences and fines up to $1 million.

Illegal cultivation is also a criminal activity under the Cannabis Act, for which individuals could face up to 14 years in jail.

CannTrust has since halted all sales and shipments as Health Canada continues its probe. The company said the unlicensed growing in question took place in five rooms between October 2018 and March 2019, before it receiving the appropriate licences in April 2019.

Former employee Nick Lalonde has said that he was instructed to put up fake walls to obscure unlicensed plants in photos submitted to Health Canada.