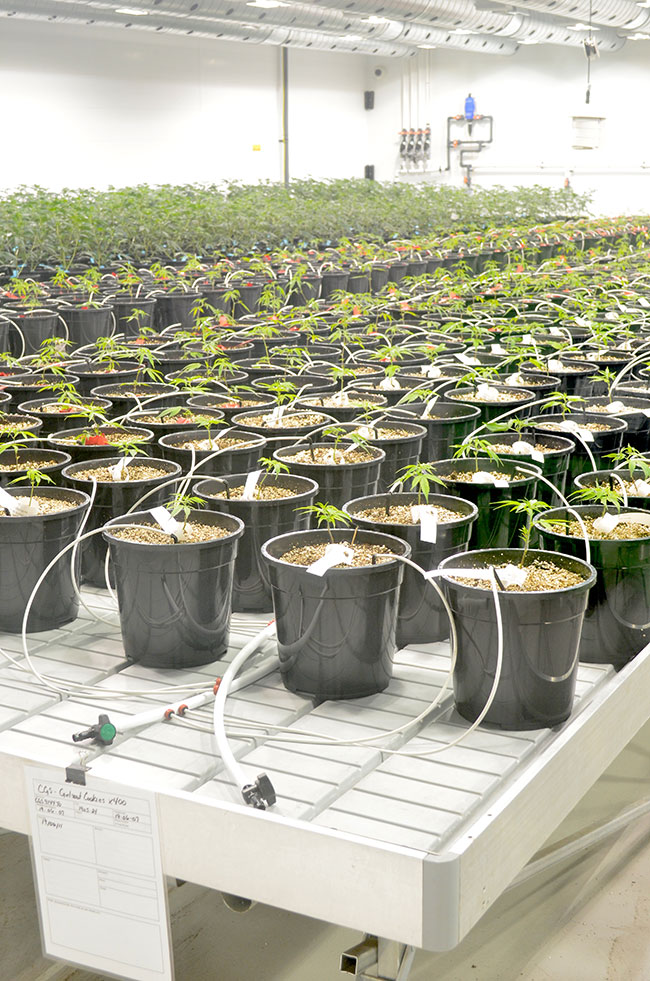 Canopy Growth’s Tweed farm in Smiths Falls, Ont., was previously the site of the Hershey’s chocolate factory. When the factory closed, the town was devastated with significant job losses.

The loss equalled $3.70 per share, compared with a loss of 40 cents per share in the prior year. The surge in revenue was offset by a 215 per cent increase in operating expenses to $229.2 million.

The company based in Smith Falls, Ont., said the increased loss is mainly due to a non-cash loss of $1.18 million on the extinguishment of warrants held by alcohol giant Constellation Brands Inc., which invested $5 billion last November.

It also saw a significant decrease in quarter-over-quarter gross margins, or the spread between sale price and costs, as the company has been focused on investing in rapid expansion.

The company said the difference was mainly due to the impact of $16.2 million in operating costs relating to facilities not yet producing cannabis or had under-utilized capacity. It also cited a shift in the product mix away from higher-margin products as inventories evened out.

Both Canopy’s loss and revenue were worse than analysts had expected.

Analysts had predicted the company would book a loss of 70 cents per share on $107.1 in revenue, according to financial data firm Refinitiv.

The company generated $90.5 million in net revenues, up from $25.9 million a year earlier, before recreational marijuana was legal in Canada.

Most of the additional revenues in the quarter came from the sale of recreational marijuana that was legalized last October. Medical cannabis revenues decreased five per cent, with a 39 per cent drop in Canada offset by a large growth in international sales.

The revenue increase was driven by a record harvest of more than 40,000 kilograms – the first full-scale harvest since retrofitting its large greenhouses – that amounted to 183 per cent more product than in the fourth quarter.

“Our recent harvests are proof that our focus on operational excellence is working, and we look forward to showing both our Canadian and U.S. customers what we’ve been working on behind the scenes to prepare for the next wave of products coming later this year,” stated interim CEO Mark Zekulin, who was appointed in July upon the termination of Bruce Linton as co-chief executive officer.

Linton was abruptly ousted from both the top job and the board of the cannabis company he grew into a dominant global player after Canopy reported a wider-than-expected fourth-quarter net loss, despite a jump in net revenue that beat market estimates.

Linton had been the public face of the company he co-founded in 2013 in a former chocolate factory in Smiths Falls, Ont., which had approximately 3,200 employees as of March 31. It is now the biggest pot company in the world by market value, at more than $18 billion.