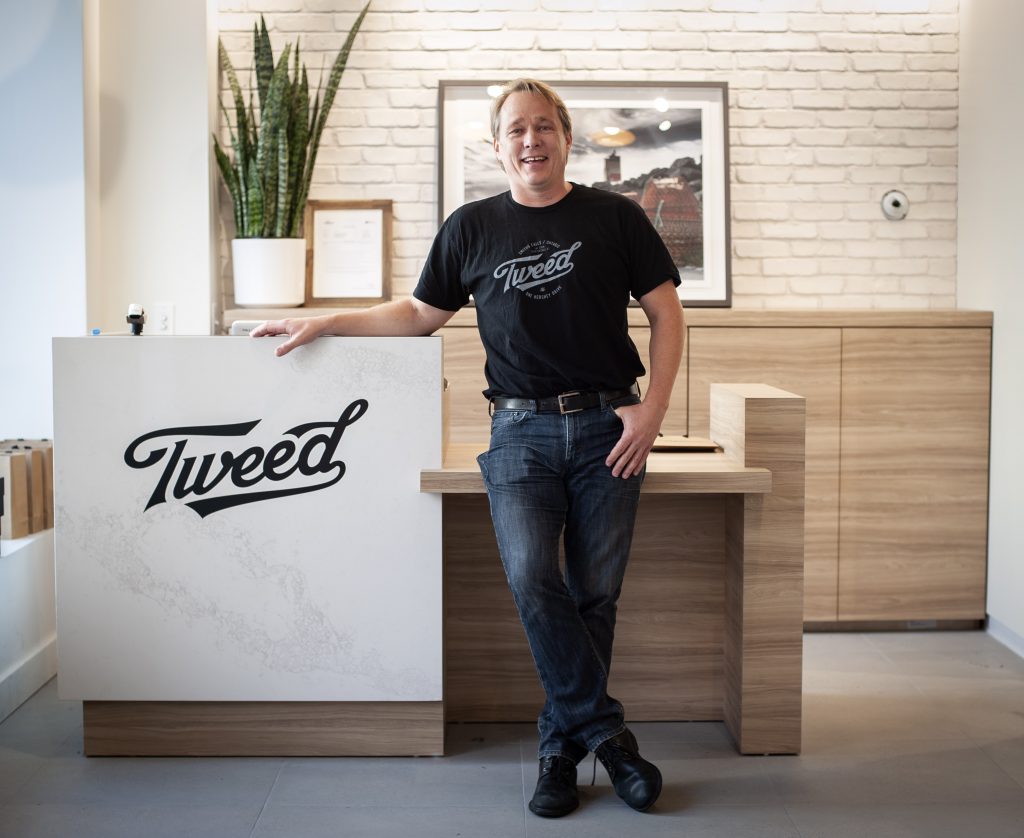 After being ousted from Canopy Growth in July 2019, Bruce Linton is focused on a new venture around psychedelics.

Shares of Canopy fell 7.6 per cent on Friday to close at $53.28 after Canada’s biggest cannabis company by market value reported its earnings for the three-month period ended March 31.

Canopy’s co-chief executive Bruce Linton said it focused on investing heavily for longer-term growth, such as ramping up production capacity and readying for the launch of edibles and other next-generation cannabis products when legal later this year.

“We’ve prepared ourselves the best for everything ahead, and we’re in the best position we’ve ever been to execute against what is an ever-bigger opportunity,” he said in an interview.

Canopy reported net revenues of $94.1 million for its financial fourth quarter, up from $22.8 million and above analyst estimates. However, the Smiths Falls, Ont.-based firm posted a net loss attributable to shareholders of $335.6 million, or 98 cents per share, up sharply from a loss of $61.5 million or 31 cents a year earlier.

That is three times the net loss of 30 cents per share expected by analysts, according to Thomson Reuters Eikon.

On an adjusted basis, Canopy’s loss before interest, taxes, depreciation and amortization (EBITDA) amounted to $98 million, compared with its $21.7-million loss a year ago.

Quarterly operating expenses totalled $242.9 million, up from $56.2 million during its financial fourth quarter in 2018.

Vivien Azer, an analyst with Cowen, said its quarterly revenues “encouragingly” came in ahead of estimates and Canopy remains the leader in total cannabis sales among the major Canadian licensed producers.

However, this was offset by a record-low gross margin of 16 per cent, and a wider loss, she said in a note to clients.

“While we appreciate the nascent stage of the industry, WEED (Canopy) will clearly need to start showing expense discipline and operating leverage to maintain investor confidence,” Azer wrote.

On an annual basis, Canopy reported net revenues for its 2019 financial year of $226.4 million, up from $77.9 million a year earlier, boosted by the legalization of recreational pot in October.

Its annual net loss attributable to shareholders totalled $685.4 million, up from $70.4 million during the previous financial year.

Linton said Friday that the cannabis company has reached the “bottom of our margin trough.”

“By the time we exit this year, we’re moving up the margin model back to where we were, and we’d like to do that well or better,” he told analysts, pointing to its investments and the potential from the sale of higher-margin edibles and other ingestible products as early as December.

Canopy’s recreational cannabis gross revenue in its fourth-quarter amounted to $68.9 million, down from $71.6 million in the previous quarter ended December 31.

On the medical side, the company’s revenues in Canada during the fourth quarter totalled $11.6 million, down from $19.5 million a year earlier and $15.9 million in the previous quarter.

International medical revenues took a hit as well, falling to just $1.8 million in the latest quarter, down from $2.4 million a year ago and $2.7 million in its third quarter.

The deceleration in sales in the various segments was expected, given the “anemic overall category revenue trends” in January and February across the sector, said Azer.

Cannabis retailers have been grappling with supply shortages since legalization, prompting some provinces to hold off on issuing new retail licences and others to limit store operating hours, but the situation has improved in recent months.

Linton pointed to the shift of some of its medical brands, such as Leafs by Snoop, over to the recreational market as a factor in its medical sales decline. As well, Canopy focused on supplying the domestic market first, which had a ripple effect on its international sales, he added.

During the current quarter, however, Canopy expects to harvest about 34,000 kilograms, more than double than during its financial fourth quarter and nearly quadruple its harvest in the quarter prior to that, the company’s acting chief financial officer Mike Lee said during the conference call.

As the company pushes into the U.S. market for CBD – after the U.S. Farm Bill opened a legal channel to do so – and rolls out a suite of Cannabis 2.0 products starting in December, Canopy expects to be EBITDA-positive in roughly two years, or its 2021 financial year.

“We’re not giving hard guidance, but that looks like a reasonable and probable target,” Linton said.