The monumental day is almost upon us. July 1 is just around the corner and as implementation of Bill C-45, Canada’s national Cannabis Act, approaches, provinces and territories are navigating the windy road of distribution and sales, which in turn will directly impact the path licensed producers (LPs) across the country take when developing their own sales and marketing plans. 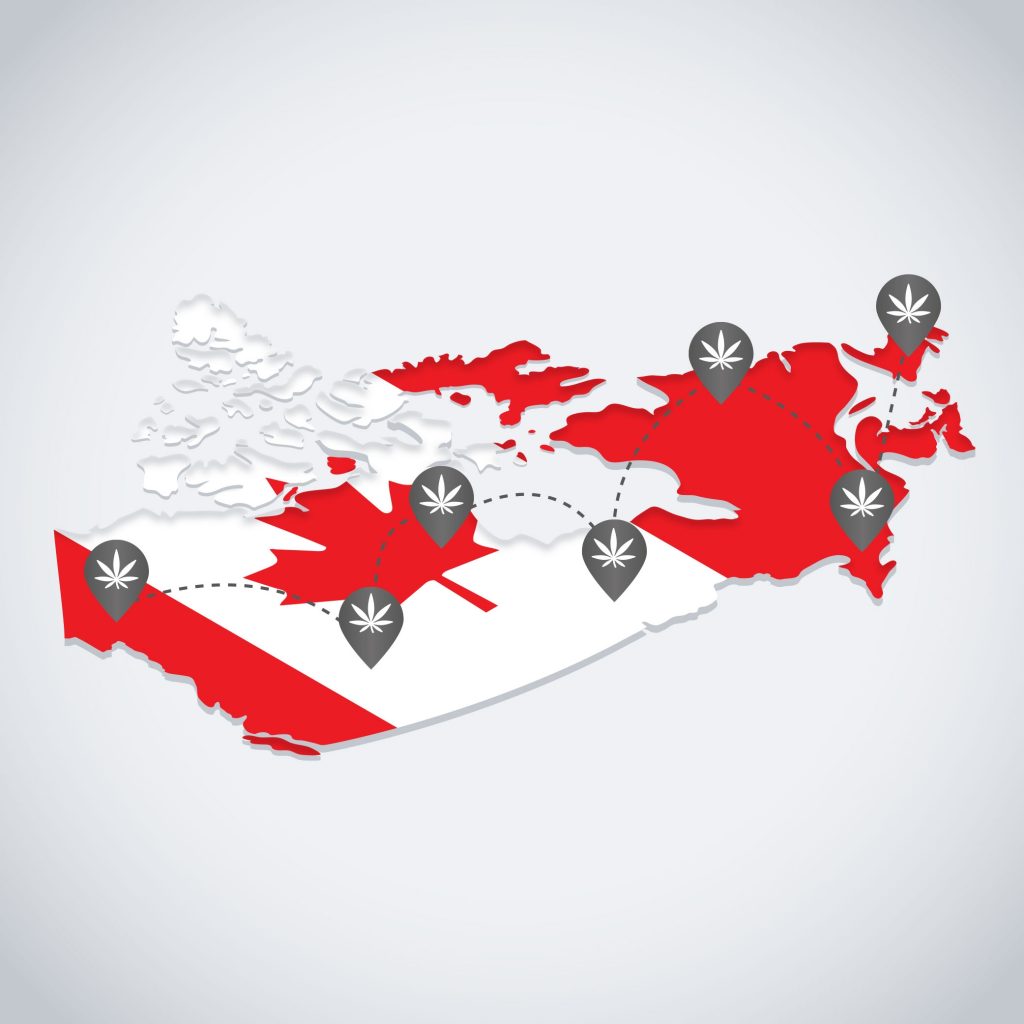 SELLING CANNABIS: With each province establishing their own cannabis sales model The monumental day is almost upon us. July 1 is just around the corner and as implementation of Bill C-45

Several provinces – Quebec, Ontario, New Brunswick and P.E.I – have already earmarked their liquor commissions to manage cannabis distribution through both online and dedicated retail stores. It will be similar in Nova Scotia, but in this Atlantic Canada province, cannabis will be sold in stores alongside alcohol, where in the other aforementioned provinces, cannabis and alcohol will be sold separately.

As for the Prairie provinces, Alberta will allow dedicated private retail stores to sell cannabis, but will have online sales managed by its gaming and liquor commission. Saskatchewan is indicating it will allow private retail stores, and in Manitoba, stores will be private, with the Manitoba Liquor and Lotteries Corporation securing supply and tracking sales. British Columbia has plans to open sales to both public and private entities, while the Yukon has confirmed it will use a public/private model for store and online sales, with governmental distribution.

In fact, Manitoba is the only province or territory so far that is open to private retailers offering direct sales online.

In terms of these how different sales avenues will impact how companies cultivate recreational cannabis, Nick Dean believes that no matter the avenue, retailers will lean on LPs to anticipate consumer demand. After sales start piling up, notes the president and CEO of Emblem Corp., buying patterns will be the big factor in determining what his firm and other firms grow going forward.

In terms of branding, Dean believes the building of brand identity will be critical to differentiate legal recreational cannabis from the black market and to differentiate LPs from each other. He thinks brand success will have to factor in both the consumers who like to show off a brand to their social circle and consumers who buy brands not as showpieces but on the basis of trusted quality.

DIRECT ONLINE SALES
The Manitoba plan of direct LP online sales is one that many in the industry would like to see within all provinces (or indeed, across provincial borders), but it’s an idea that has so far not received much traction.

“From a perspective of industry diversity and fostering entrepreneurial participation, my position is that the more open marketplace the better,” states Dan Sutton, managing director at Tantalus Labs in Vancouver.

Sutton feels centralized online governmental distribution, with its requirement for the creation of new e-commerce platforms and the existence of physical distribution centres, will hurt the competitiveness of both smaller producers and new entrants. This is because provincial distribution agreements will likely hinge on volume and price – mechanisms that favour larger producers.

“Economies of scale create exceptional downward pressure on production costs in cannabis cultivation, as they do in industrial agriculture at large,” he notes. “Capital expenditures and staffing requirements are front-loaded for LPs, and a production footprint of 100,000 square feet does not increase cost of production 10 times relative to a 10,000-square-foot producer.”

Dean would also like to see a direct-to-consumer e-commerce recreational model available coast to coast, similar to what is available for medicinal cannabis. “We are also fond of models proposed by provinces such as Alberta, allowing for both the public and private sectors to participate,” he says, adding that a main objective for legalizing recreational cannabis stated by the Federal government was to take profit away from organized crime, but unless sales and distribution are done correctly, that objective may never be realized.

“To compete with a multi-billion-dollar illegal market from which many Canadians are generally comfortable purchasing, the legal market must provide a superior customer experience at reasonable prices.”

Furthermore, Dean asserts that allowing LPs to ship recreational cannabis directly anywhere in the country, in conjunction with provincial stores, would provide customers with a variety of purchasing options – “without requiring 13 provinces and territories to invest millions of taxpayer dollars of capital to build their own e-commerce Websites and pay for the necessary supply-chain infrastructure.”

Mitchell Osak at consulting firm Grant Thornton in Toronto is also in support of national direct online sales. He, Sutton and Dean are among many in the industry who note that this sales avenue also makes non-compliant business actions easy to identify.

“Online commerce platforms can feature special safeguards such as authentication and anti-fraud functionality that can prevent unauthorized behaviour,” Osak explains. “Furthermore, platforms can also generate a digital paper trail that can be used to track consumer and supplier activity, thereby designing in compliance and allowing for the quick identification of non-compliers.”

SELLING CANNABIS: With each province establishing their own cannabis sales model

Chances of change
So, what are the actual chances that more provinces will allow direct company-to-customer sales of recreational cannabis, or that direct online sales will be allowed across provincial borders? Sutton believes that while they are low now, they will increase in the future as industry dynamics become easier to analyze.

“We need to demonstrate that public health and safety outcomes are not inherently compromised by direct-to-consumer ecommerce,” he says, “then make the case for industry growth and competitiveness over time.” He comes back to the firm belief that “there is no material way centralized warehoused distribution adds value to producer, retailer or end-user.”

Dean is also hopeful that direct sales will be allowed as the industry matures, similar to what has happened with alcohol (first only available through government channels and now sold directly to the public at wineries, breweries and so on). “In order to compete with the black market,” he concludes, “regulators need to take a consumer-first approach.”

Osak says that no matter what the sales avenue, in addition to growing quality product at scale, LPs should focus on building operational, financial, product and marketing capabilities.“Competing in this market will be a marathon,” he notes, “not a sprint.”

In September 2017, the AFN created a National Working Group on Cannabis to address all of the issues surrounding legalization of marijuana. The AFN states on its Website that this Group will “assist First Nations in all regions to be engagement-ready and in a better position to assert their rights, title and interests when the new cannabis legislation comes into effect.” Ontario Regional Chief Isadore Day and Quebec-Labrador Regional Chief Ghislain Picard are leading the file. The group is planning to “meet with various Federal departments and agencies on the legislation, and hold bi-lateral discussions so that First Nation input is heard at all levels.”

Treena Hein is a freelance writer based in Pembroke, Ontario.