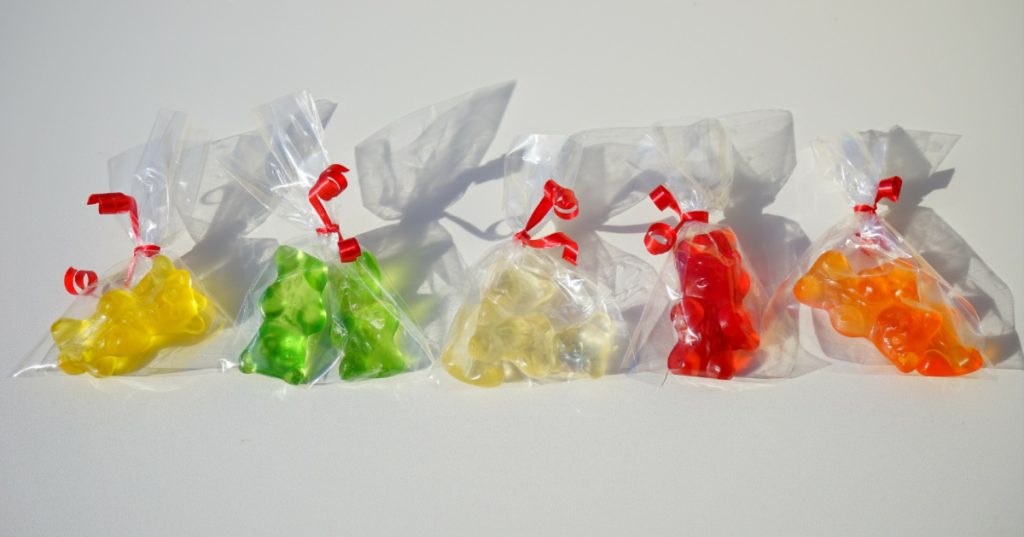 THC-infused gummy bears are unlikely to be among the new products set to hit legal shelves as early as December. (Credit: Pixabay)

TORONTO – Chewy, colourful cannabis-infused gummies in bright colours and in the shape of animals or creatures are among the best-selling edible pot products on the black market – but Canadians shouldn’t expect them on legal shelves.

Regulations that will make edibles legal come into force Oct. 17, exactly a year after Canada legalized the sale and purchase of dried and fresh cannabis, oil, seeds and plants. The rules laid out so far are aimed at keeping the new pot products out of the hands of kids and stipulate they can’t be seen as “appealing to young persons” – but Health Canada has yet to provide additional details on exactly what crosses the line.

That leaves companies grappling with how to market gummies – an already popular adult product based on a children’s treat – without being too much fun.

THC-infused gummy bears are unlikely to be among the new products set to hit legal shelves as early as December but companies are pushing ahead with pot-gummy plans they believe will allow them to eventually cash in on consumer demand without resorting to colourless and flavourless blobs.

Licensed producer Zenabis Ltd. said it is prioritizing the gummies’ category of edibles because of its demonstrated and growing appeal south of the border, said Kyrsten Dewinetz, its program manager of food and beverage services.

“It’s popular with many different demographics… We’re probably going to forge ahead a little bit more quickly in this category,” she said, adding Zenabis aims to launch its line of gummies by early 2020.

The earliest new goods can be sold legally will be mid-December, due to the required 60-day notice companies must provide to Health Canada of their intent to sell them.

A recent survey of Canadians conducted by Deloitte showed that current users’ most-preferred edible format was a gummy at 26 per cent, followed by cookies at 23 per cent, brownies at 22 per cent and chocolate at 16 per cent.

Gummies are appealing to consumers for a variety of reasons, including portability and the ability to conceal them easily in public, said Rishi Malkani, a partner focusing on cannabis mergers and acquisitions for Deloitte.

“They’re tiny, they’re easily ingestible, you could do it quite discreetly… It’s a little easier to transport or take with you to an event than brownies or other edibles, or even beverages for that matter.”

The Canadian market for the soon-to-be-legalized goods is worth an estimated $2.7 billion annually, with edibles amounting to $1.6 billion alone, according to Deloitte.

In the U.S., where edibles are already available in several states where recreational pot is legalized, gummies are more popular than ever, according to BDS Analytics.

During the first four months of 2019, 17 of the top 20 selling ingestible products in California, Colorado and Oregon were gummies, according the U.S. firm.

And despite similar rules requiring that edibles makers not appeal to kids in various states, cannabis gummies and candy ripping off well-known brands continue to pop up.

The risks to children of such products were outlined in recent research by the Canadian Paediatric Society, which found that a “significant number of young children” required medical care after ingesting cannabis in the months surrounding legalization last October.

And in late July, the Quebec government decided to unveil its own more stringent rules for pot edibles that would ban the sale of cannabis candies, confections and desserts including chocolate and “any other product that is attractive to minors.”

The provincial government said that Ottawa’s measures to regulate so-called Cannabis 2.0 products would not allow Quebec to “achieve its public health and safety objectives.” Quebec’s rules are subject to a 45-day public consultation before they take effect.

If Quebec’s stricter edibles come into force, that could result in a $300-million annual drop in Quebec’s cannabis market – and $40 million lost on gummies alone, according to Deloitte.

“It will be a significant impact,” said Malkani, noting that gummies are expected to account for roughly eight or nine per cent of edibles in Quebec.

It’s a move that officials in Washington State almost took last year, when it unexpectedly asked pot edibles makers to halt production of candies and gummies in October. Regulators later softened its stance to allow for candies and gummies, but limited the colours and shapes to only those from a government-approved list and issued packaging guidelines.

Health Canada has said edibles must not be “reasonably considered to be appealing to a young person” but has not stipulated which colours, flavours or shapes will be allowed.

The level of appeal to children of a given product will be determined on a case-by-case basis, and the factors used include shape, colour, flavour, name, packaging and how it is presented, agency officials told reporters on a briefing in June.

“If a gummy bear is appealing to a young person, would that be permitted? The answer is no,” one Health Canada official said.

The federal agency said that it would publish guidance that will outline the factors to be considered, but the additional details have yet to be released.

Meanwhile, companies are rushing to get production of these goods started as soon as possible to avoid the initial supply shortages seen in the wake of legalization last October.

Cam Battley, the chief commercial officer for Aurora Cannabis Inc., said the licensed producer agrees with the government’s overall objective but there remains a “lack of clarity” on exactly what is permissible. Still, he said the Edmonton-based firm has a gummy game plan _ but would not go into specifics.

“We’re confident that we have a strategy that will successfully thread that needle, supporting the policy objectives of migrating those patients over to the legal system but at the same time not being attractive to children,” said Battley.