Competing with illegal market has a price 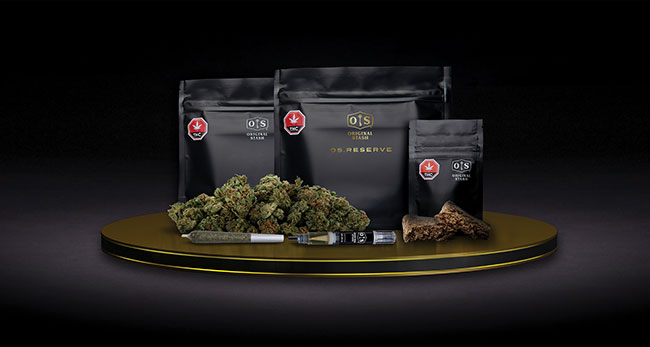 When Quebec-based Hexo Corp. launched its Original Stash (OS) brand in October 2019, it garnered a lot of attention with its price point and packaging at a time when the industry needed to show consumers it could compete with the illicit market on price and appeal.

“The Original Stash was born to attract new consumers to the legal market,” says Jordan Smith, vice-president of product management with Hexo. “What we found in our research consistently is that the prices were too high. If you go on any legacy market website, prices are very competitive, and that’s why we decided to drop our price for this brand to $5 a gram.”

OS was also made available in a 28-gram package for $125.70, appealing to those used to buying larger quantities.

“The brand as a portfolio has taken shape and is a pretty comprehensive brand for consumers new to the legal market,” says Smith. OS also now includes a hash and a distillate product, OS Klick for dabbing and other concentrate uses.

While OS did gain a lot of attention, it wasn’t the first product in this game-changing category. New Brunswick’s Organigram had Trailblazer in 2018 and Canopy had Plain Packaging. B.C.-based Zenabis launched Re-Up in December 2019, and Aurora Cannabis and others would follow with value brands in 2020.

Smith says the lower price does not mean lower quality flower – in fact, he points out the Original Stash became popular “becaus of the quality.

Legacy to legal
The move to value brands has been winning over consumers. In August, Statistics Canada released data revealing that legal cannabis spending in the second quarter of 2020 surpassed the illegal market for the first time, accounting for 50.5 per cent of all cannabis-related spending in Canada. And on Oct. 1, prices at the Ontario Cannabis Store rivalled the illicit market for the first time since legalization. The average price of dried flower per gram on OCS.ca fell to $7.05, with tax, from April to June, beating average price on illegal mail order cannabis sites at $7.98.

Just in January 2019, legal cannabis was almost 50 per cent more than products bought on the black market – the average price of a legal gram of medical or recreational pot in 2018 was $9.70 versus $6.50 on the illicit market.

Much of the success of bringing consumers into the legal stream has come on the backs of the licensed producers – those who decided to introduce the value brands to get the price down, generate much-needed revenue and bring their cannabis product pricing more in line with that of the illegal market.

“The reason we have seen such growth from a category segment is there are a lot of LPs giving away their high-quality product at a cheap price to meet their revenue targets,” says Bernie Yeung, senior vice-president of sales and marketing with Aphria in Leamington, Ont.

Aphria launched its value product in February 2020 as Grower’s Choice in Ontario and Dealer’s Pick under its Good Supply brand in Alberta. In September, the company also launched its large-format economy brand, Bingo, available in 15-gram and 28-gram packages.

Yeung says the value segment is growing for multiple reasons – it provides a large format that the legacy market is used to, and consumers see that they can get dried flower over 17 per cent THC at $5 per gram.

“Although the value segment is bringing consumers over as a whole, all the categories are going to do that and continue to close the gap,” says Yeung. “The quality has significantly improved, and it is to the point where I believe with a lot of confidence – whether products are value, core, premium or super-premium – there is a value proposition for all.”

Retail factor
To keep the momentum going, Yeung and others say municipalities that initially opposed cannabis retail in their communities need to reconsider and allow stores to open.

“Access points to consumers is very important – they want to be able to have conversations. Some people still aren’t comfortable using their credit card. If we increase touchpoints of bricks and mortar, it allows the consumer to learn about the product, and if they are sensitive about ordering off the OCS, at least they have that channel. But that is definitely something that should help the overall industry as we combat the illicit market,” he says.

More stores and a new distribution centre for the OCS in Guelph will also help fulfill orders faster to support Canada’s largest marketplace, says Daffyd Roderick, senior director of communications and social responsibility at the OCS.

“The goal is we will be at 300 stores by the end of this year – we know that there are more than 1,000 applicants in the queue to get licensed for stores,” Roderick says. 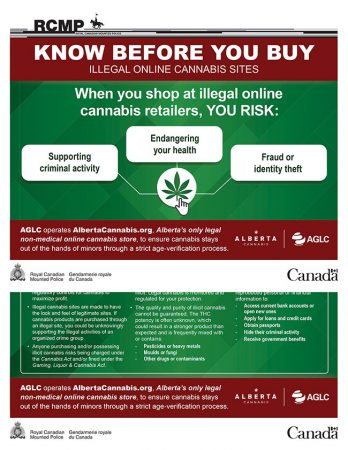 Taxes – here to stay?
George Smitherman, CEO of the Cannabis Council of Canada (C3), says there are also excise tax issues that need to be addressed with Health Canada.

“We celebrate the tipping point, but because there is so much capacity, we keep our eyes fixed on the fact we know there is a whole lot more business to bring on board the legal market,” he says. “We have to keep working the formula, which is retail access, and consistently available quality product and pricing is an element of it.”

Smitherman says in the two years since legalization, cannabis companies are the ones that have enhanced competitiveness with the illegal market. At a recent meeting with Health Canada, the Cannabis Council stressed the excise tax is a remaining issue.

“The excise tax is embedded in the product at the beginning of its journey. That tax is subsequently subjected to markups and additional taxes being applied on top of it – if that same excise tax were applied at the end of the journey, the amount would be the same, but the result to the consumer would be a significant reduction in price overall,” he says. “We put a big circle around that as a barrier to be able to reel in more of the illicit market.”

But it’s unlikely the government will change course on the excise tax, says Anne McLellan, who served as chair of Canada’s task force on cannabis legalization.

“I would be amazed if any government decided to reduce taxes or fees, and I don’t see government changing its mind on the excise tax,” she says, speaking recently at the C3 panel reflecting on the second anniversary of cannabis legalization.

McLellan does agree there needs to be a greater effort to bring producers still operating in the grey market into the legal fold.

“I distinguish the black market from the grey market as those in the interior of B.C. or the Eastern Townships of Quebec who sell at markets and are not involved with trafficking and organized crime. There are unreasonable barriers for the grey market or legacy producer,” she says.

Abi Roach, senior product manager at the OCS and former advocate and owner of a cannabis café in Toronto, says entry barriers to the legal market need to be addressed.

“There has to be a lower threshold for companies to enter the legal market and make it easier for them to transition to the regulated market,” Roach says, also speaking at the C3 panel.

“I have always said when we create an inclusive industry, and we bring in people from different backgrounds and start to pull in the legacy market, the legacy consumer will follow,” Roach says.

Outdoor grow
Jay Shukle, senior director of the cannabis division of Alberta Gaming, Liquor and Cannabis, says the next wave of the lower-priced product will be coming from outdoor grow harvests this year.

“Coming out of the gate, there was a big discrepancy in pricing, but the dried flower has come down 40 per cent in price, and a lot of that has happened in the last 12 months. Many LPs as they ramp up are growing for under $1 a gram and retailing product for $4 a gram, so we’re right on top of the illicit market,” says Shukle.

He points out this is also the first year for outdoor grow volumes, and as those start to come in, the price will drop further.

The AGLC is also working with the RCMP on a poster campaign they hope will help battle the illicit market in that province.

Crowe says education is critical curbing illegal cannabis. The poster warns that when anyone buys from an illegal site, they risk supporting a criminal activity, fraud or identity theft, or endangering their health.

“In creating this awareness product, we wanted to touch on the different areas that buying illicit cannabis can fall into. This is not associated with any national or provincial campaign but rather a joint effort between RCMP and AGLC to provide awareness on what buying from illegal cannabis sites may entail as well as provide information on where to safely and legally purchase cannabis products online,” she says.

McLellan said she would like to see 80 per cent of the illegal market gone within a decade. “Because we still have illegal sales of tobacco and alcohol – we will never strip it out entirely.”