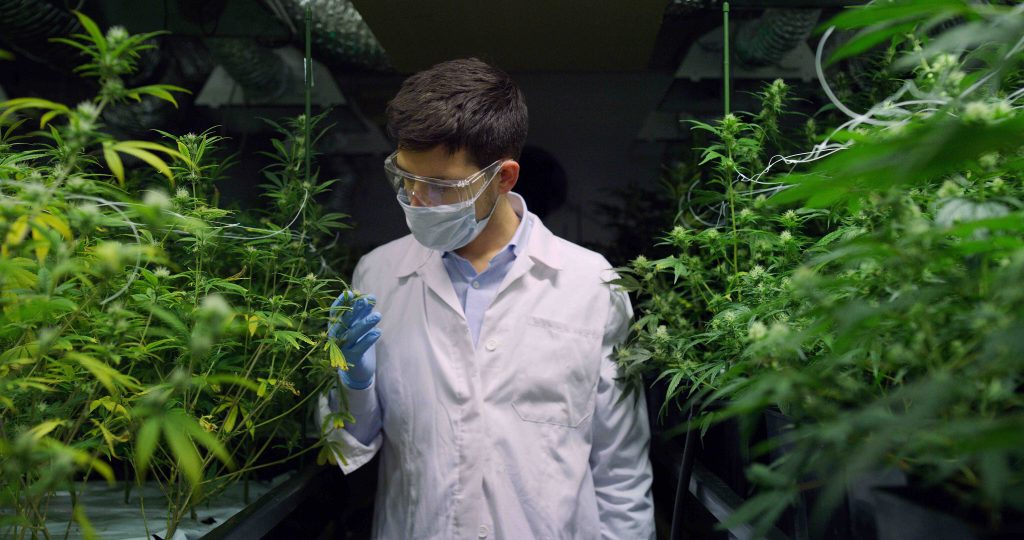 Social distancing, personal protective equipment and increased sanitation practices have become the new reality and are critical for producers to avoid a potential outbreak in their facilities.

Cannabis producers and retailers have been declared an essential service in five provinces across the country, in the wake of mandatory business closures as a result of public health and government officials’ efforts to impose social distancing to curb the spread of COVID-19.

This news came as a sigh of relief for many cannabis companies that feared significant production losses, but crisis management expert, Suzanne Bernier warns that this could change if the virus continues to spread and the rate of infection increases to alarming levels.

While acknowledging the importance of preventing further job losses due to the pandemic, Bernier notes, the list of what provincial governments have deemed essential businesses is “far too exhaustive.”

“As we see outbreaks of coronavirus within some of these that the government has deemed essential workplaces, we’re going to see this list paired down,” she says.

For more than 20 years, Bernier has been helping governments, organizations and communities respond to crisis events, including the 9/11 terror attacks, Hurricane Katrina, Hurricane Sandy, the H1N1 pandemic and the 1998 “ice storm of the century” in Eastern Canada.

Bernier believes Canada has not seen the height of its virus outbreak yet and businesses have to prepare for the worst to come.

“Every business is taking a big hit right now, and of course, cannabis has a medicinal purpose for many people,” says Bernier. “But what we all have to think of right now, as all industries, is if we’re willing to take the risk when you allow people to congregate in spaces, especially right now and within the next few weeks.”

As the Canadian government moves to take more urgent and aggressive action to combat the spread of this contagious strain of coronavirus, cannabis companies are faced with a lot of tough decisions.

Directives from the Public Health Agency of Canada change everyday, so day-to-day business operations have to change. Executive teams are in and out of meetings to ensure that their companies are quick to respond to concerns from all sides – investors, employees and customers.

Craid Behnke and Mike Regan of Marijuana Business Daily pointed to COVID-19 as a catalyst for overall markets trading down and making it more difficult for companies to raise money. They are warning of more financial distress and potential bankruptcies in the future.

However, the industry found a silver lining as companies saw sales spikes at the end of March as more people adapted to self-isolation as their new normal.

Ontario Cannabis Store spokesperson Daffyd Roderick tells The Canadian Press that OCS received almost 3,000 orders on March 14, which was an 80-per-cent increase over an average Saturday. There was a reported increase in website traffic, as well as customer volume in stores.

Société québécoise du cannabis, the government-run cannabis retailer in Quebec, says it also experienced an increase in sales over the last few days, but declined to say how big the spike is.

Still, many companies believe this increase in sales will not account for the economic uncertainty ahead. On March 23, 74 cannabis firms co-signed a letter to Finance Minister Bill Morneau and Industry Minister Navdeep Bains, asking the government for help amid the pandemic.

In the letter, companies asked for access to wage subsidies and funding through federal agencies, the Business Development Bank of Canada and Export Development Canada. This appeal came only days after Trudeau announced an $82-billion economic response plan.

“No one really knows how long or what the answer is or how much we want to let everything impact the economy,” says Rudi Schiebel, founder and CEO of licensed cannabis producer Habitat Life.

“There’s a balance between keeping people’s lives going and having a life to come back to, and then also following all the medical advice. And making sure we limit the amount of chaos that the pandemic installs.”

Habitat Life’s cannabis and aquaculture farm is located in rural Chase, B.C., about 40 minutes from Kamloops. At first, Schiebel and his management team were hesitant to make some drastic measures. But as the seriousness of the virus became clearer by the day, the management team had to act quickly.

“On the Friday after COVID-19 was declared a pandemic, the conversations really started to shift… and as soon as we touched base on Monday, we had to review where our policies were at,” says Schiebel. “We had to make sure that our employees are safe and we also had to look at our policies to account for any delays or possible market shutdowns, just to minimize the surprises that could come at us.”

Stratford, Ont.-based licensed producer GreenSeal Cannabis recognized the potential impact of COVID-19 to its business and moved to introduce additional measures to mitigate risks for employees, according to its master grower and co-founder Chad Morphy.

“Our first and foremost consideration is the health and safety of our staff,” Morphy tells Grow Opportunity. “As a Canadian license holder, we have strict health and safety protocols in place following Health Canada and Ministry of Labour requirements and, as an internal business decision, we were already operating well beyond GPP standards within our facility since the company’s founding.”

Still, in the wake of COVID-19, Morphy says his company implemented additional measures consistent with public health advisories on social distancing and hygiene such as: work from home options for staff, where possible; restricting non-essential travels or offsite meetings for all staff; halting non-essential visitor, vendor or contractor visits to their facility; and substantial increase in cleaning protocols, including all touchpoints and high traffic areas within the facility.

The cannabis producer also implemented new standards for cultivation and processing activities, as well as staggered shift schedules and lunch breaks to comply with social distancing directives, according to Morphy.

A few days after COVID-19 was officially declared a pandemic by the World Health Organization on March 11, the Public Health Agency of Canada began to warn people against large public gatherings, such as sporting events and concerts. And so, upcoming cannabis conferences began to announce cancellations or postponements. The largest of these was the annual O’Cannabiz Conference and Expo that was slated in April.

On March 16, Prime Minister Justin Trudeau also announced border restrictions that only allowed entry into the country by Canadian citizens and permanent residents. Days later, the government restricted all non-essential travel across the Canada-U.S. border with the exception of maintaining supply chains between both countries.

Provincial and municipal states of emergency are being declared across the country. In response, more companies were forced to react.

Fire & Flower closed all its Ontario retail locations in favour of online ordering and in-store pickup service. It also closed stores in several locations in Alberta, and implemented an initiative to form its “Pandemic Response Team.”

“We have a responsibility to our employees, customers and the communities in which we operate to limit social interactions by temporarily modifying our business model and selectively closing stores in response to this unprecedented public health challenge,” shares Trevor Fencott, chief executive officer of Fire & Flower, in a statement.

FSD Pharma announced that it was scaling back cultivation operations and staggering shifts for essential personnel. The company also closed its facility to collaboration partners and ceased partner operations.

However, since being declared an essential service by several provinces, some companies are also looking to double down operations in anticipation of increased demand.

TerrAscend announced that it remains fully operational and is looking to hire additional employees at its retail, cultivation and processing facilities.

“We have seen a significant increase in demand throughout March, which is a reflection of the loyalty of our customer base and the compassion and care of our employees. The entire management team is closely monitoring the changing situation and working with state and local representatives to deliver a coordinated and appropriate corporate response,” TerrAscend executive chairman Jason Ackerman says in a statement.

GreenSeal’s Morphy says, so far, he has not noticed any major disruption in his company’s supply chain. However, anticipating this eventuality, Morphy says they began increasing their typical raw material inventory.

“Time will tell if supply chain disturbances will occur, but I wouldn’t expect the process to be standard moving forward,” Morphy says.

(With files from Mari-Len De Guzman)