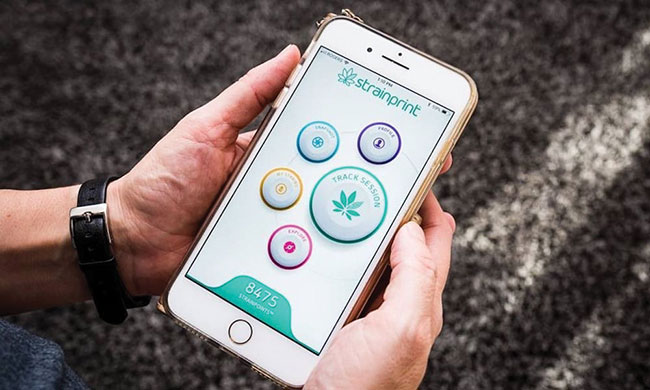 Strainprint Technologies is utilizing its huge database of user-generated information to help inform the medical community about the health benefits of cannabis and inspire further research.

Nothing stands still in the legal cannabis market.

This is why companies large and small are investing much of its resources in crunching big data. From studying market trends and consumer buying patterns to sales averages and quarterly projections, the numbers game is driving the fast-paced competition.

Director of analytics Liz Connors from Headset says the cannabis industry is currently going through its teenage years. “We’re excited for it but it’s a little awkward,” she says.

Launched in 2015, Headset has been a leading data analytics service for many cannabis companies in Canada and the United States. Connors says that right now, the industry is constantly changing. As new regulations come in to play and businesses race to be on the forefront of these changes, it will be a long while until we see the industry stabilize as a whole.

By the numbers
The federal Cannabis Act officially came into effect for Canadians on Oct. 17, 2018. In celebration of this milestone, Headset released an initial report looking at day one analytics. Average price per gram varied greatly between provinces with lowest prices generally found in Quebec and highest prices found in Ontario and Alberta.

British Columbia had the most competitive markets out of the gate, with 37 brands providing almost 300 different products. B.C. consumers also had the largest variety of strains (86 strains) available than in any other province.

Although Ontario came in second with an initial 27 brands providing 206 products on day one of legalization, the province’s cannabis market has gone from one online government retailer to the approval of its first 25 legal pot shops. Though some of the first 25 stores have yet to open, the Ontario government announced that it is set to get 50 more stories later this year.

Dr. Avtar Dhillon, executive chairman and president of Emerald Health Therapeutics, says in a statement that as retail stores began to open in Ontario, the industry saw overall sales of cannabis “basically double,” he says.

As more licensed retail stores begin to spread across the country and new products become available in mid-December, Connors says the market will see more drastic growth. Prices will fluctuate as licensed producers raise to stabilize the supply and demand for their products.

“That day one report is kind of like looking back at your high school yearbook photo and you think, ‘Oh wow, that’s what I thought I’d be, huh?’” says Connors. “I definitely think the prices will stabilize; we very much did in the current legal states of the U.S… I would anticipate the same would happen for Canada but it’s tough to say when, especially with the new format introductions and some (provincial) governments are issuing a whole lot of licences, and some governments aren’t issuing any at all… and so, those nuances of the market will continue to have some volatility for a while.”

Future proofing
With so much volatility in the young industry, Connors says she generally advises clients in the cannabis industry to keep a close eye on the data. Significant changes are happening all the time and if companies become blind to the winds of change, they will be left in the dust.

“There’s a lot of things happening very quickly and I think the best way to end up blindsided by a new trend or competition is to not be paying attention,” she says. “That’s kind of the thing with data is that it takes a lot of discipline and you have to be constantly analyzing it and know what makes sense for you.”

As director of analytics, Connors works with a small team of data analysts that are interpreting data for cannabis companies across North America.

One of Headset’s latest reports, “Breaking down topline sales data by the baskets 2019,” was gathered from real-time sales reporting of Washington, California, Nevada and Colorado retailers.

It studied consumer behaviour in reference to the number of items in the shopping basket. The report showed that consumers are buying two to 2.4 items during a trip to the cannabis store. This is a notable increase in the past five years of legalization as consumers are becoming more confident in their knowledge of products.

Where people used to come in for a single ounce of flower, the dollars have also now distributed to other items, such as edibles, concentrates, topicals and other products.

Loyalty programs and discounts also significantly affected customer behaviour. More discounts meant more items in the basket. Pre-rolls were the most likely candidate in which low prices motivated customers to purchase more at once.

Connors says Headset’s general reports are a good start for businesses to think about the economic implications of their data. However, each client is different and diving deep into a client’s personal retail data is the only way to identify the right pricing strategies for their business needs.

“There’s definitely some really large differences (between Canada and the U.S.),” says Connors. “That said, I think that people really could use the U.S.’s data to help them as they try to decide what products to market… There’s a whole lot of information about what different companies have tried and what resonates with consumers.” 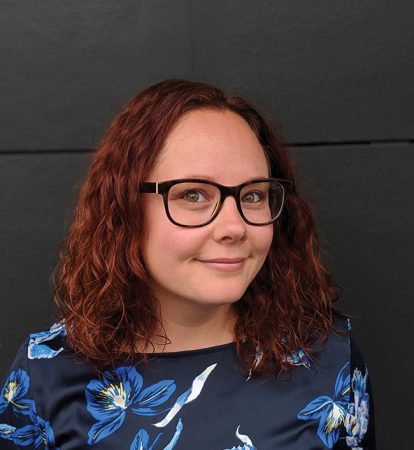 Know thy customer
Customer behaviour is the holy grail of big industry data. It is the meter in which companies large and small measure the success of their business strategies. Edmonton-based Fire & Flower has developed its own digital platform, called HiFyre, which measures buying patterns within its 29 retail stores across Canada.

HiFyre boasts an “omni-channel” approach that allows Fire & Flower to track sales, test marketing and check product availability in all its stores in real-time. It runs a mobile app that allows customers to build personal profiles and provides them with a customizable buying experience.

This app also allows the company to create targeted marketing campaigns and pricing strategies that are unique to the buying patterns of the app user.

“This strategic investment by Couche-Tard, one of the world’s largest retailers, is transformative for Fire & Flower,” said Trevor Fencott, Fire & Flower CEO, in a statement following the announcement. “The support of Couche-Tard’s world-class leadership team, coupled with their capital strength and impressive international footprint, provides us with outstanding opportunities for aggressive growth.”

Know thyself
Personal trackers are becoming an integral part of the cannabis purchasing experience, especially for medical patients like 27-year-old Breanna Neufeld. She was 16 when she was diagnosed with endometriosis, a complex condition in which tissue similar to the lining of the uterus implants abnormally outside of the uterus.

Neufeld says she had tried every pain medication and treatment under the sun for other chronic illnesses before she first approached her doctor about cannabis. She did her research and found Strainprint through social media.

Strainprint is a personal tracking app that mines a user-reported database of different strains. App users can find relevant strains, according to the symptoms that they input into the search engine. Each strain collects customer reviews, describing symptoms that are commonly treated and their overall experience.

Within the online app, Neufeld found a community of fellow women who were seeing positive results with using cannabis to manage their endometriosis. Three years ago, she went to her family doctor to ask for a medical authorization to try cannabis, and she was frustrated with his response.

Nuefeld decided to do her own research through one of her Facebook groups for endometriosis patients. She connected with a woman who worked at a cannabis clinic and helped her find products that might work for her. As she began to experiment with what strains were most effective for her, the Strainprint app became her most essential tool.

“Cannabis is a lot of trial and error and so, it was really helpful to track my symptoms, what I was using, and how well it was helping because it can be overwhelming,” says Neufeld. “It can get expensive but if you have an idea of what other people are finding beneficial, that definitely helps.”

Though she is no longer dealing with endometriosis, Neufeld is using cannabis to help treat her adenomyosis, a distinct condition with an abnormal presence of tissue penetrating the muscle wall of the uterus. It also causes chronic pelvic pain.

Neufeld says Strainprint’s digital community has been a great way for her and her fellow medical cannabis patients to share experiences.

“With the Strainprint community, the nice thing about that is people can be as anonymous as they want… because there are still people who face the stigma of using cannabis,” says Neufeld, who is one of the moderators in the app’s online community.

Further research
Strainprint Technologies Ltd. offers a unique perspective in the cannabis data space because of the way it draws information from its user-reported database. Through its app and online community, it conducts unique studies that are now being leveraged by the wider medical community.

“Our app has allowed us to quantify thousands and thousands of patient records,” says Michelle Arbus, vice-president of research and insights at Strainprint. “We’re able to provide information that doctors need to know because we don’t know a lot. There’s not a lot of medical research out there on cannabis. We’re hoping that these reports that we have can raise a flag and maybe inspire further research into these big issues.”

Last August, Strainprint released the first step of a groundbreaking research study. The company launched a comprehensive questionnaire for its online community of endometriosis patients. The user-reported data gathered through this survey will help a clinical study it is conducting in collaboration with Israel’s Gynica and Lumir Lab.

Israel is in the forefront of cannabis medical research. The chief Israeli scientist of the project, Dr. Lumír Ondrej Hanuš is a world-renowned analytical chemist known for isolating the endocannabinoid system in the human brain in 1992. He has since led groundbreaking research in cannabinoids.

Arbus believes Strainprint’s data and technology can help researchers learn more about the medical effects of cannabis on endometriosis patients.

“We’re looking at creating a formulation for a product to treat endometriosis,” says Arbus. “We have data that we have gathered from our track sessions for people treating related symptoms and we’re able to look at what products they use and what seems to be working.”

Though there is currently a lack of medical research around cannabis use, Arbus says that Strainprint is uniquely positioned to help further this field. Strainprint’s online community has found a digital space in which users can freely share experiences with cannabis products while also quantifying these anecdotes.

The custom questionnaire for endometriosis patients will allow researchers to dive deeper into patients’ medical histories and how the condition has affected their daily lives.

“We’ll be able to get a bigger picture of who is using cannabis and their overall health,” says Arbus. “The plan is to gather as much data to move forward to clinical trials in both Canada and Israel.”

Strainprint is set to release another data report looking at trends in medical cannabis usage among 800,000 Canadian users before and after legalization. The publication of the report has been delayed from its Aug. 7 release date.

Related
Health Canada looks at Strainprint data on Canadian cannabis use
LPs and research institutions are teaming up in pursuit of science
PET PROJECT: Cannabis care for the furry friends
Filling the gap in consumer education