EDMONTON – Alberta expects to issue 250 licences for cannabis stores this year, and says anyone who wants to run a weed shop will first undergo an exhaustive check ranging from tax records to mob ties. 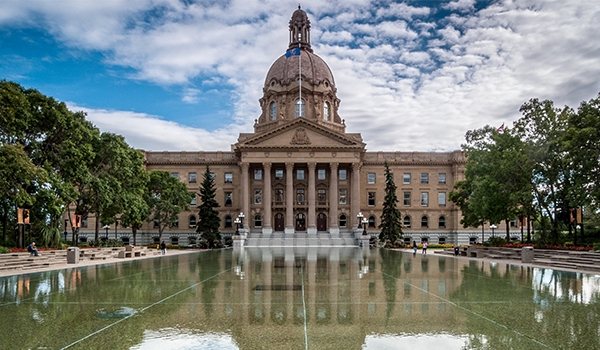 “We believe that our regulations will strike the right balance,” Justice Minister Kathleen Ganley said Friday in Calgary as she unveiled the new regulations for marijuana distribution.

“The system that we are putting in place in Alberta will create an environment in which retailers can legally sell cannabis and provide access to safe products while keeping the health and safety of Albertans in mind.”

The regulations underpin legislation passed last November by Alberta that puts the minimum age to buy and use recreational cannabis at 18, with private retailers selling marijuana over the counter while the province runs the online sales.

The federal government has said it wants cannabis legalized by July 1, but the bill is still in debate and the implementation date may be pushed back into the late summer or fall.

Ganley said the province will begin taking applications starting March 6 for those who want to operate a cannabis store. Cannabis distribution is run by the Alberta Gaming and Liquor Commission.

Operators will have to plunk down a $400 non-refundable application fee and a $3,000 deposit for the records and background check. If they are approved for a licence, that is another $700 for the first year.

Investigators will do a criminal background check on an applicant along with a check of tax records for the last three years. There will be checks on company directors and on who is backstopping any related loans, along with interviews to confirm key points. The process could take two to four months.

“It’s important that we make sure the illegal market doesn’t seep into the legal one,” said Ganley.

“Convictions such as trafficking or producing illegal drugs, or associations to organized crime or violence will make an applicant ineligible for a retail licence.”

A candidate will be eligible to run a cannabis store if he or she has a past minor criminal conviction for marijuana possession.

Stores will be allowed to be open from 10 a.m. to 2 a.m. and will have to be 100 metres away from schools and health-care facilities.

Municipalities will have the option to amend those rules.

Employees also will have to get background checks and take an online workshop on topics such as health risks from marijuana and how to handle difficult customers.

One business entity will not be allowed to own more than 15 per cent of the stores, but Ganley said the government may revisit that figure as it gets a better handle on what the marketplace will look like.

The stores will only be allowed to sell cannabis and related paraphernalia.

The cannabis must be in a locked display case accessible only by staff. There must be security measures in place, including alarms and video surveillance.

Minors are not allowed in the stores, even if accompanied by an adult.

The stores can’t sell more than 30 grams of dried cannabis(about 40 joints) to any customer at any one time. Thirty grams is the maximum amount the feds will allow any person to have on their person while in public.

The commission is currently taking bids from suppliers and will set the wholesale price for marijuana.

Ganley said the province is still crunching the numbers on how much the new sales regime will cost.

Rules and regulations for online sales will be unveiled in the months to come.