Renee Gagnon, chief executive officer of HollyWeed North Cannabis Inc., moderated the edibles business panel on April 25 at O’Cannabiz 2019, which discussed what's to come for the edibles market, which is expecting legalization in the fall. 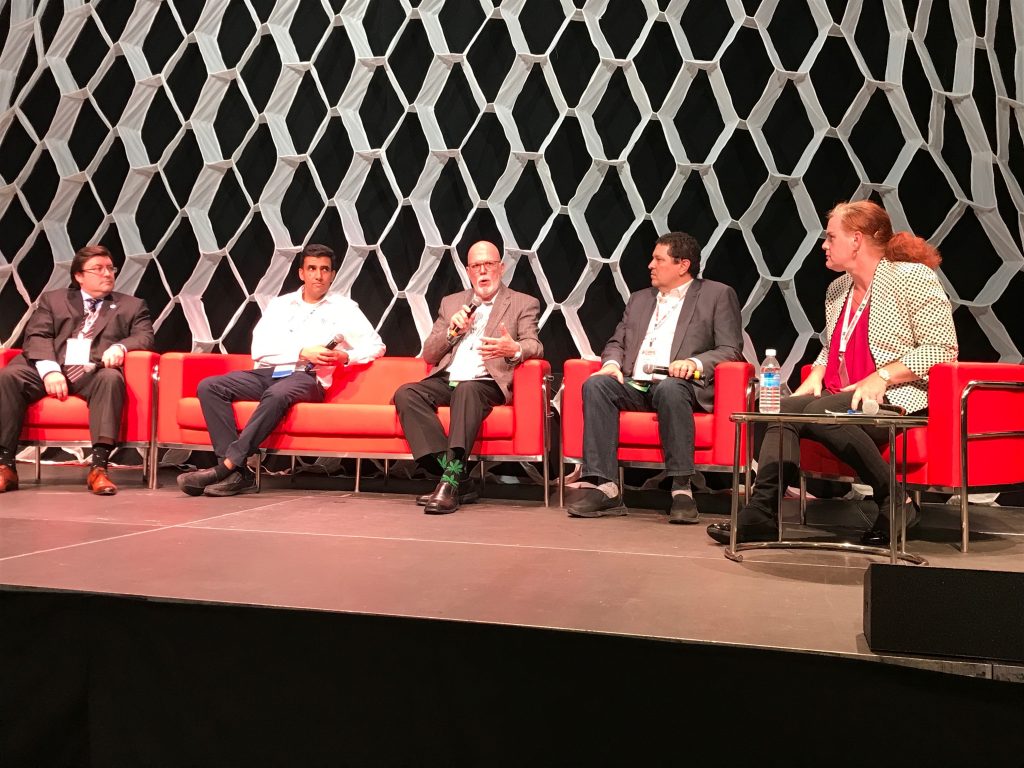 As it stands, those in the edibles market said they are facing a number of challenges with current legislation proposals and trying to work with the government to shape the final legislation on cannabis-infused edible products.

Hill Street Beverage Company chief executive Terry Donnelly, who was also at the Canadian Beverage Producers Alliance launch earlier in the week, mentioned the problem of not being able to call cannabis-infused wine, wine according to current government regulations. He said the process of making a cannabis-infused wine can legally define the beverage as one, but the cannabis-infused component is what lawmakers are struggling to label with everyday consumers in mind, he explained to the audience. “There is no connection in safety for consumers with this prohibition,” he said.

There are also issues with marketing, promoting and labelling of products, said Brian Sterling, president and founding partner of SCS Consulting. He added there is also a dosage problem and issues around facility separation, which entails building an entirely new facility for cannabis-infused products, even if a company has an existing facility to produce its non-infused products, which many have said is redundant and expensive for businesses to cope with.

Neil Marotta, president, chief executive officer, director and founder of Indiva said having separate facilities for production is a good thing to avoid accidental consumption by children, for example.

Sterling said there are well-established cleaning guidelines in place for food and beverage industries. He said food is already safe, so he disagreed on needing to replicate a facility for cannabis-only products.

“These places handle allergens, they handle food and ingredients that will kill people, and we don’t have issues,” noted Donnelly.

All the edibles panelists concluded they’re cautiously optimistic on what will happen with the edibles regulations, but added they are hopeful on what’s to come.

Session Takeaway: There are still many technical issues to iron out and industry must work with the government to find solutions.