The federal government is providing support to the country's hemp growers with the announcement of a $330,000 investment to the Canadian Hemp Trade Alliance. 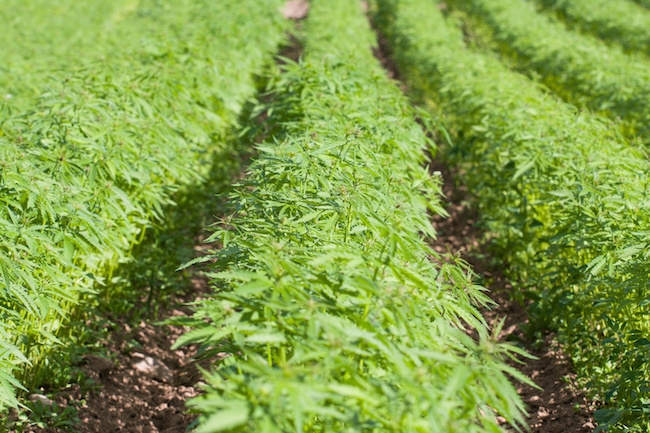 Federal Agriculture Minister Lawrence MacAulay announced the funding Tuesday at Manitoba Harvest Hemp Foods, as part of the minister’s “Growing Canadian Agriculture” tour. The investment is to help develop industry-grading standards to ensure Canadian hemp products are known globally as being of the highest quality, a statement from Agriculture and Agri-Food Canada said.

As part of the new cannabis legislation, the Government of Canada is updating the industrial hemp regulations to allow the industry to harvest the flowering heads, branches and leaves of the crop immediately, the statement announced. These changes will open new revenue source and market opportunities for hemp producers by enabling the sector to research the most efficient and economic ways to capture the full value of the hemp plant.

“Our government’s investment and recent changes to hemp regulations is providing the Canadian hemp industry the tools they need to get more of their world-class crops into Canadian foods and other products. This is helping to capture new and exciting market opportunities ahead, while creating well-paying middle class jobs,” MacAulay said.

Canada’s hemp sector is growing, with seeded crop area reaching over 138,000 acres in 2017, the government noted. Hemp is increasingly used across a variety of products, including environmentally friendly clothing and building materials. It is also becoming widely recognized for its high nutritious content, including protein, omega and fibre.

In 2017, Canada exported $93 million in hemp food and fibre, according to government data. Since January 2008, nearly 500 products with hemp ingredient were launched globally.

On August 10, 2018, Health Canada made a revision to Section 56 of the Controlled Drugs and Substances Act to allow whole plant harvest (including the flowering heads, branches, and leaves) of industrial hemp for the 2018 crop, which was previously not permitted. Farmers can immediately start researching the most efficient and economic ways to capture the full value of the hemp plant, and storing this material until it can be sold under the new Cannabis Act, which comes into force on October 17th.