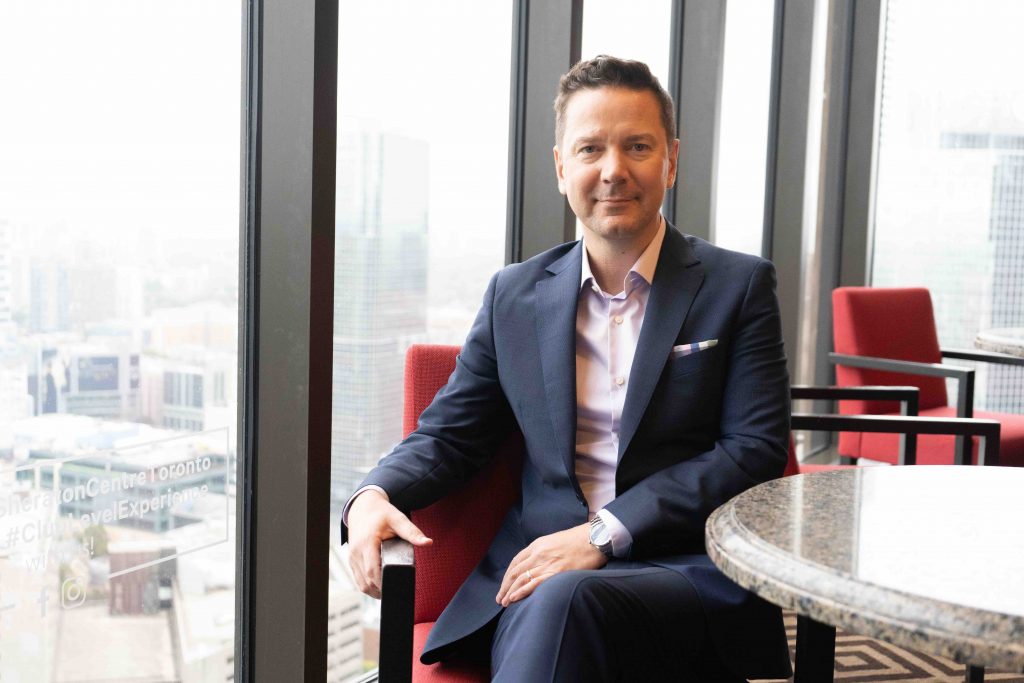 It is well-known in the cannabis industry that consumer education is needed to advance the market. But what is less clear is who is responsible for providing this education.

For the newly curious cannabis consumer, the experience of seeking the right information can be a daunting experience. Online forums and websites can be a minefield of reliable – and unreliable – information. Health-care professionals are tentative about recommendations due to lack of available research. Budtenders at retail stores can only recommend products based on metrics that may be unfamiliar to the inexperienced consumer, like strain types, terpene content, cannabinoids, etc.

CEO Michael Klein said cannabisMD hopes to fill that gap as an authority on wellness and healing through CBD and medical cannabis products. The digital platform is made up of a contributing team of doctors, medical experts and journalists that curate the latest research, debunk common myths and bring personal stories to the consumer audience.

In an interview with Grow Opportunity magazine, Klein shares his insight on how public interest in the fast-growing cannabis industry has outpaced the ability for the market to identify a voice of authority.

“CBD (as a Google search term) bubbled along for the last five years until 2017. It begins hockey-sticking up to become one of the most searched terms on the internet,” he said. “It demonstrates that consumer acceptance has completely outpaced an authority. But it also outpaced the ability for an authority voice for consumers and that’s where cannabisMD (come is in), where we’ve cleanly inserted ourselves.”

Klein remembers when his own father mentioned his interest in trying cannabidiol (CBD) for pain management. He wanted to learn more about its possible health benefits for his father, but navigating through online forums and communities only left him confused.

“I went online and it was really like Trip Advisor. You have no idea if any of this content has authority, if it’s credible,” he said. “And so, he’s left to go see ‘Jason’ at the dispensary who’s probably a nice 22-year-old, but he’s just been serving other individuals that may not necessarily have ailments. And that’s what you need to rely on, and that really stuck with me.”

Before entering the cannabis space last year, Klein earned more than 20 years of experience as a media executive for companies like Condé Nast Entertainment, Discovery Communications and MTV. Klein wants his cannabisMD platform to help empower consumers to make smart, educated choices for their therapeutic needs.

Grow Opportunity: For more than 20 years, you have worked as an executive for a lot of well-known media organizations. Now entering the new world of the cannabis market, what has it been like?

Michael Klein: Ultimately, when you create a hit show, it’s because you’ve identified an underserved audience and you’ve given them a great content experience, they reward you with viewership, then you scale and build that audience.

And so, when I look at cannabis, again, I felt there are these underserved audiences that we can speak to, individuals who don’t see themselves going into a dispensary because they’re not that person. […] If we can take my toolkit of creating premium content and telling stories, we can serve this audience. And it’s a massive audience.

GO: When you first came into the role as CEO in September 2018, what was your overall impression of how cannabisMD can serve that type of audience?

MK: As I looked across the landscape, I saw that with the cultural conversation, any number of digital properties have emerged but they’re all speaking to an adult consumption audience, or somebody with a predisposition or relationship to cannabis.

Nobody was speaking with an authority voice to a cannabis curious consumer and doing it from a non-advocacy point of view. […] That non-advocacy point of view means that we’re showing all the positive research and first-person accounts, and the not-so-positive research and first-person accounts. The goal is to empower consumers to make choices that are right for them.

GO: This is a communication gap that many cannabis companies are trying to navigate themselves. But many are worried that strict Canadian regulations limit how they market their products. In your opinion, what is their biggest challenge to consumer education?

MK: The clutter and confusion, and it’s probably more so in the CBD market, where people are marketing based on process and potency and the consumer is like, ‘I don’t even know what any of this means.’

They will see what were the lab tests and what is a lab test. What are they looking for and what do I need to be looking for? You can’t talk about potential benefits, so then you have to look at the research and first-person accounts and then you have to marry the two. So, you always have to go on a bit of a journey to get it right.

GO: A big part of a company’s strategy is understanding that consumer journey and everyone seems to have their own strategies to gather that data for themselves. How does cannabisMD gather data?

MK: There’s pockets of research out there around the cannabis consumer but I contend that the majority of it is polluted.

And when I say that, because you’re dealing with different regulations – and this may be more with respect to the US than in Canada to a certain degree – but you have individuals that identify as a medical cannabis consumer when in fact, the medical is for recreational use. Or there’s something in between, like it takes the edge off, which one could argue that is a medicinal need state. So, need states I think are kind of interesting and that’s why I say polluted.

Also, a lot of larger research companies that have done pieces of work end up creating profiles of consumers that are full of stigma. They’re calling them things like, a “marijuana maven,” or something, and they’ll find these terms that are actually counterproductive to what we’re trying to do. So, I think attempts are made to understand all these consumers and this is the tension of the plant.

We have actually built our own data product called Knowledge Navigator that looks at consumer sentiment around cannabis and CBD, emotional sentiment. What’s driving the decision and what’s driving the curiosity?

That’s what’s interesting about a non-advocacy platform because we’re with that consumer from the moment of curiosity. We can see their journey of educational discovery that ultimately leads to a conversion or not a conversion.

GO: Why is your consumer profile data different?

MK: With our data set, the Knowledge Navigator tool that I mentioned, you see profiles emerge of the consumer. And this isn’t scary Facebook data. This is based on their psychographic behavior on our site.

We take that analysis and that profile that’s being built – this 32-year-old woman who is having issues with sleep and headaches – we have AI (artificial intelligence) that actually starts to become predictive of what that consumer is looking for. But we put that against 35 million points of data – that is social listening, it is crawling news sites and other large platforms – our own AI stitches together where that profile sits within the emotional sentiment of the product.

What brands love about that is that one, the cannabis curious journey and seeing that and what the drive is of that. So, informing how they think about their product. And two, their pipeline of other products.

They all want to win. They all want to be number one in the consumer’s mind and it’s a race for relevance right now. If we can arm them with that data and that insight, it’s good for consumers because companies are then challenged to create products that are relevant to that audience.

GO: I have to ask you about Legalization 2.0. What do you think about these new product regulations and how can companies make this consumer journey easier with more products in play?

MK: The positive thing about 2.0 is that the government acknowledged this has to come and we’re taking time to make sure that consumer safety is first and paramount. Great. Compare that to the US where the FDA (Food and Drug Administration) just had listening sessions trying to understand. The assumption right now is that each individual state will own it versus going federally because the bus has left the station.

But that tension around marketing, and being able to get in front of consumers, and have a brand emerge that is in the minds of consumers, it’s a tough one because if you start saying that you’ve got to loosen up, is there a concern that consumer safety is at risk in some way? […]

I think more and more consumers are very sharp about their purchasing decisions. Your social currency suddenly becomes when they have a positive experience with something. What we can do with Knowledge Navigator is a perfect example of where social currency from around the world is helping brands emerge as being the leaders because we have these personal accounts of individual experiences tied to lab testing, tied to research around that particular product.

Related
DATA SURGE: The power of big data for the cannabis enterprise
Girl power: Harnessing the potential of the female market
LPs and research institutions are teaming up in pursuit of science
Canadian universities, colleges acquire licences to grow cannabis for research