HALIFAX ¬– Nova Scotia First Nations appear poised to take on the province's marijuana monopoly – including one Mi'kmaq community that has enlisted Olympian Ross Rebagliati to roll out a "seed to sale" cannabis operation. 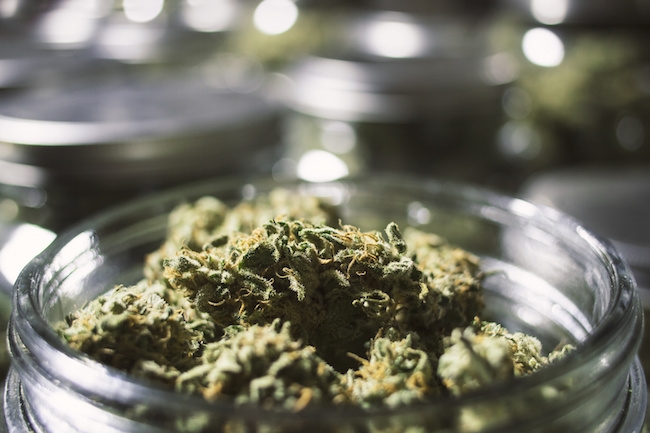 Sipekne’katik First Nation in Indian Brook, N.S., has plans to grow cannabis and sell it directly to consumers, while Millbrook First Nation is considering retail locations, bypassing the provincial Crown corporation slated to control sales once the drug is legal on Oct. 17.

The government says selling cannabis from a privately owned storefront will remain illegal in Nova Scotia, but Rebagliati argues that First Nations lands are federal jurisdiction and they are within their rights to set up dispensaries.

The disagreement could set the stage for a potential constitutional showdown over cannabis sales.

“This is precedent-setting,” Rebagliati, a gold-medal snowboarder, cannabis expert and entrepreneur, said in an interview this week after his second visit to the Mi’kmaq community formerly called the Shubenacadie First Nation. “It’s rather unfortunate (the province) is taking that route.”

Canada’s provinces and territories have opted for one of three retail models for over-the-counter cannabis sales: Private, public or a hybrid of the two.

In Nova Scotia, sales will be government-controlled.

“We have said all along that our approach to legalization is through a public health lens and that we will start well-regulated and tightly controlled,” a Department of Justice spokeswoman said in a statement.

“At this time, we are not considering a retail model outside of the Nova Scotia Liquor Corporation.”

The province’s stringent stance doesn’t appear to deter First Nations communities, with the Assembly of Nova Scotia Mi’kmaq Chiefs indicating it is exploring the economic opportunities of cannabis.

Rebagliati said the Mi’kmaq community in Indian Brook has a strong plan, and he’s put together a “gold-medal team” to help them reach their goal.

“The model is to go seed to sale and that boosts the margins quite substantially and gives them a competitive edge,” he said from B.C. “They came to me with their ideas and they are super progressive.

Chief Bob Gloade of Millbrook First Nation said the community has invested in a cannabis company and is considering opening a storefront.

“We’re focusing on the retail side of it going forward and we’re working on details in that respect,” he said, adding that for now the community isn’t considering launching its own production.

“We’re still looking at a couple of years out before we’ll start seeing the benefits from an economic standpoint … but it will have a significant impact,” Gloade said.

Sipekne’katik Chief Michael Sack did not respond to multiple requests for comment, but Rebagliati confirmed that he met with the community leader in March and again this week.

Rebagliati founded Ross’ Gold, a medical marijuana business, in 2013. Earlier this year he launched LegacyRR, which focuses on growing cannabis and maintaining a healthy lifestyle.

Although he said the details of an agreement between LegacyRR and the Sipene’katik First Nation are still being worked out, he said the Indigenous community’s dispensaries could be branded Mi’kmaq Legacy.

“Legal conflicts on this point are bound to flare up in many places across Canada,” he said in an email, noting it appears many First Nations are making plans to grow and sell cannabis.

Walters said it’s difficult to say whether provinces have the right to prevent First Nations from selling cannabis on reserve.

He said the “orthodox” legal answer would be that provincial laws on cannabis sales will apply on reserves, unless a First Nation could show that regulating the sale of cannabis was a custom, practice or tradition integral to its distinctive culture, which might be extremely difficult to do.

However, Walters said there’s a strong argument that federal law protects a much broader right to Aboriginal self-government than the courts have so far acknowledged.

“There is considerable room here for an interpretation of the law that would acknowledge Indigenous rights of self-government over this issue,” he said.

He said one the strongest arguments for the Mi’kmaq community would be a treaty rights claim to a moderate livelihood under the Supreme Court’s Marshall decision.

MacKay added that “the core of their argument would likely be the right of First Nations to manage their own resources as part of their constitutional rights to self government.”