(Editor's note: This is the second half of a two-part report on the impact of cannabis legalization on First Nations, exclusive to Grow Opportunity) There are many issues relating to First Nations (FN) and cannabis in Canada, and they span from local to national level, from taxes and retail issues to health and organized crime. 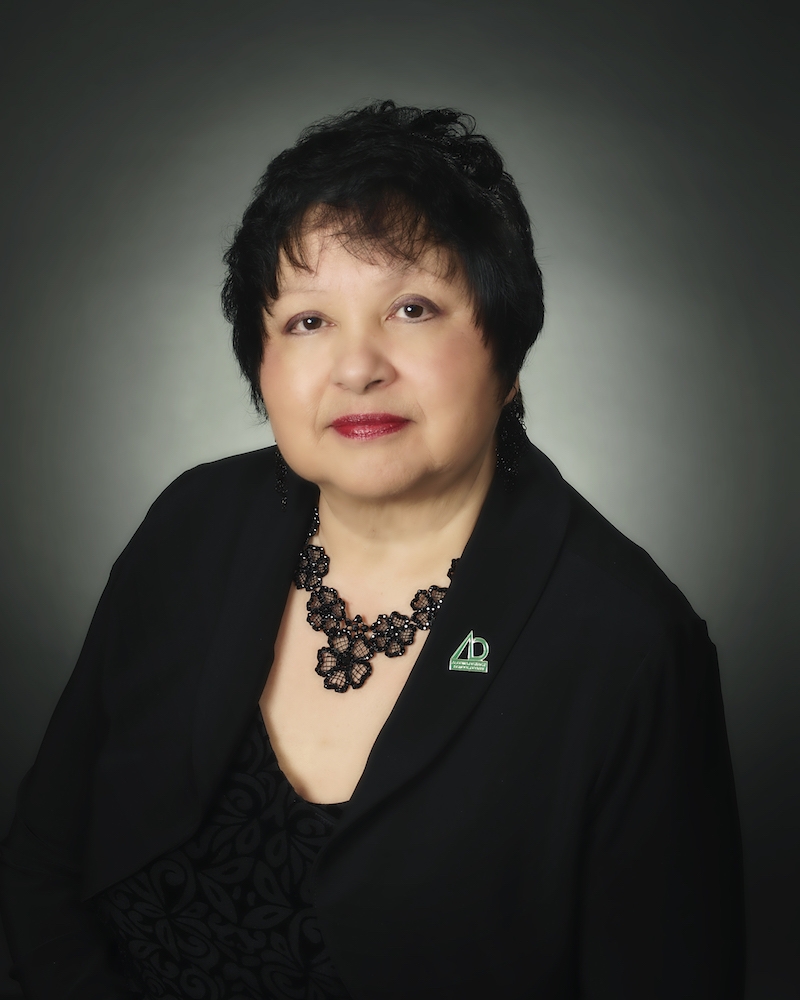 Chief Elaine Johnston of the Serpent River FN in Ontario

Many believe that with recreational cannabis legalization, cannabis stores will greatly surge in number on FN reserves, similarly to how small tobacco stores sprouted up all over reserves during the 1990s. Indeed, in some areas of Canada, it’s already started, and while some chiefs have prevented this so far, some have expressed concern in media reports that their efforts will fail in the future.

On the other side of the coin, a working group set up by the Assembly of FNs has demanded control of cannabis sales on reserves. Group member Chief Isadore Day was contacted for comment but he did not respond.

Many within and outside FN communities are closely watching developments related to cannabis retail outlets in Nova Scotia. Among other provinces, Nova Scotia plans to sell cannabis exclusively through a Crown corporation. However, in June, the Sipekne’katik FN in that province announced plans to grow and sell its own recreational cannabis directly to consumers, while Millbrook FN in the same province is planning its own retail locations. Time will tell how this plays out in Nova Scotia and beyond.

Health and social issues
Chief Elaine Johnston of the Serpent River FN in Ontario (midway between Sault Ste. Marie and Sudbury) notes that cannabis is an additional element for many FN communities already dealing with addiction problems. She believes FNs need to fund and develop cannabis education campaigns.

“We need to be concerned about keeping cannabis out of the hands of our children and youth,” she says. “We already suspect cannabis is in our communities, so we can’t bury our heads in the sands. We need to ensure that the product is safe and not laced with another drug and a more-deadly drug.” She adds that, “the incidence of children in care is high in the FNs. We need to ensure that the use of cannabis does not place more of our children into care.”

Johnston also notes that the use of medical cannabis is not recognized under Ontario ‘Non-Insured Health Benefits’ for pain management.

“This is a problem as some of our people are living in poverty, but they are entitled to the use of medical cannabis for their needs,” she says. “As a result of this, the FNs need to lobby for a policy change.”

These problems can be solved in Johnston’s view if FNs are directly involved in legal cannabis production and distribution. “First Nations have the right to invest, own, operate, manufacture, and distribute cannabis if we choose to do so,” she says.

Related to this is the fact that while there are about 2,000 production licences becoming available in Canada, no specific amount has been set aside for FNs or FN-controlled businesses. Many would like to see that changed.

Johnston also believes that FNs need the freedom to be able to develop their own laws relating to consumption and sales in FN communities. She adds, “whatever laws we do follow…FNs have not received any financial resources to ensure the health and safety and justice needs of the FNs are identified and met. Funds for policing are already substandard.”

Health Canada (HC) was contacted to provide an overview of their involvement of FN in the regulation of cannabis. The agency states that in June 2016, the ‘Task Force on Cannabis Legalization and Regulation’ began to consult extensively, including with Indigenous governments and organizations, to provide advice on the design of a new legislative and regulatory framework for cannabis.

“HC has met on more than 60 occasions through meetings, forums, roundtables and working groups and has heard a wide range of interests from leaders, Elders, service providers and youth,” the agency states. “Most recently, departmental officials met with provincial territorial organizations of the Assembly of FNs in Alberta, Manitoba and Ontario, and have participated in many community-wide forums on cannabis.” In addition, Health Canada invited National Indigenous Organizations, FNs provincial and territorial organizations, the Métis National Council and Governing Members, and a number of others to provide feedback on the proposed federal regulatory approach for the Cannabis Act.

“These representatives made important contributions to the discussions and reinforced that effective public education and awareness activities are developed and delivered with strong Indigenous involvement,” states HC, “and should create opportunities for dialogue at the local, regional and national levels.”

Excise tax
The First Nations Tax Commission (FNTC) has been working to advance a national FN cannabis tax option since March 2017. The FNTC made proposals about this in April 2017 to the Minister of Justice and in August 2017 to the Department of Finance. In February 2018, FNTC Chief Commissioner C.T. (Manny) Jules made a presentation to the Senate Committee on Aboriginal Peoples to suggest specific amendments to Bill C-45 to enable FN cannabis tax and regulatory jurisdiction. In terms of whether he thinks these amendments will be accepted, Jules says the Ministers of Health and Indigenous Service have committed “to respond to our concerns and proposed amendments within a year.”

Jules believes in enabling FNs to have tax and regulatory jurisdiction over cannabis, because governments have control over similar public services and infrastructure, and FNs are governments.

“As the Supreme Court has stated, FN taxation is an inherently governmental power,” he says. “Cannabis tax jurisdiction would mean FNs would have the option to implement their tax jurisdiction over the production, distribution or sale of cannabis on their lands. This would provide FN governments with independent revenues to improve services and infrastructure on their lands. FN currently have the worst infrastructure, and the greatest infrastructure deficit, in Canada.”

Jules says he does not want what has happened with tobacco to happen with cannabis. “Tobacco is one of the highest-taxed products in Canada for health reasons,” he explains. “FN tax jurisdiction was not considered for tobacco and consequently, the provincial and federal governments are now losing billions of dollars in tobacco tax revenues, and tobacco products can be purchased more cheaply on FN lands. Excluding FNs from the cannabis regulatory and taxation framework will lead to similar results if our jurisdiction over this product is not enabled.”

In May at a Special Chiefs Assembly, FN chiefs also directed the Assembly of FNs to lobby the federal government for FN inclusion in the cannabis excise tax revenue sharing framework (right now, 75 per cent will go to the provinces/territories and the remainder to the feds). The resolution states that both levels of governments “must recognize and respect FNs sovereignty.” CBC.ca reported at the time that MP Bill Blair, who leads the federal cannabis file, said the Prime Minister “has already committed to creating a new fiscal relationship with FNs and the issue could be dealt with under that process.”

Johnston is among those who believe neither federal nor provincial/territorial governments have sufficiently engaged with FN in developing cannabis regulations and “so everyone is in a reactionary mode. Government then comes to the FNs much later in the process when they recognize they have a problem and want the FNs to fix the problem. This has to stop. We need a true nation-to-nation relationship.”