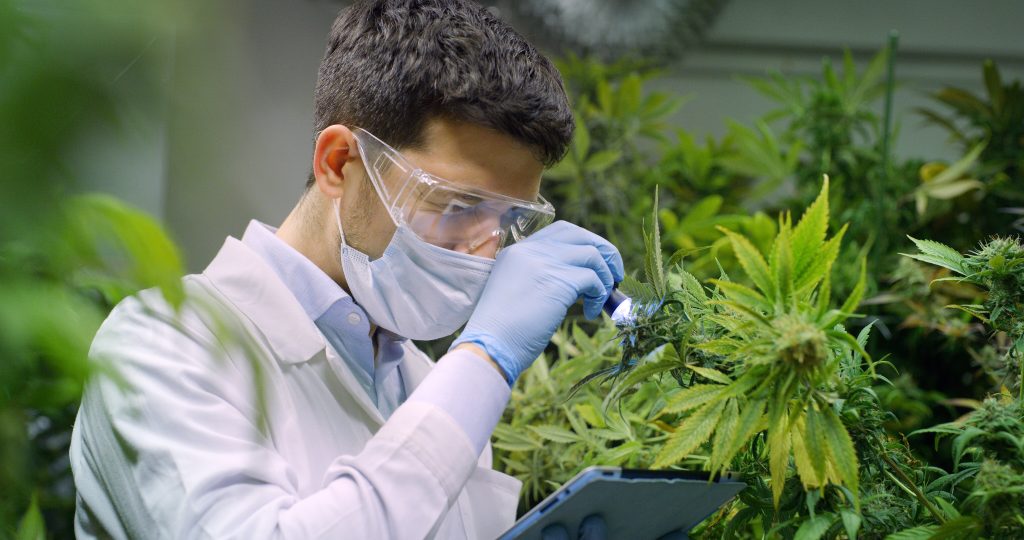 The face of medicine is changing.

It’s changing as policies adapt to embrace more holistic treatments, and as technology opens up new ways of understanding and utilizing these medicines.

But breaking stigmas associated with many plant medicines is a big hill to climb.

In the bridge between pre- and post-cannabis legalization, we also began to see a purposeful shift in verbiage in the legal industry. Terms like “pot” and “marijuana” were intentionally replaced by the word cannabis. Some didn’t understand why.

The reality is that some legitimate terms have become tainted with stereotypes that people in leadership of yesteryear created – and reinforced – to cause concern or hysteria.

The connotation connected to certain words has been exacerbated by the media portrayals, such as cannabis-use by the hippie subculture in the 1960s. Films such as Up in Smoke and Cheech and Chong further laid the groundwork for stereotypical associations with this verbiage.

Today, certain words still conjure up imagery of stoners and illegal activity for many. Sadly, some phrases have become so damaged that they’re almost hard to redefine.

While it’s unfortunate that we’ve allowed tainting of good words to boldly represent stereotypes versus what they actually represent, it’s important that as a society we reflect and have conversations about verbiage.

Language matters. It is powerful. Connotations engrained in certain words can’t be ignored and stereotypes can be hard to shake once words become polluted.

My reading and my conversations with people of colour around cannabis has been that when there was an influx of immigrants from Mexico and immigrants coming from Jamaica or Africa, or even other traditional medicines like Chinese or Arabic medicine, it created a great fear in people who were unfamiliar with it – but also people who were working in what has now become traditional medicine, which is of course the pharmaceutical industry.

It was a way to make it seem like these plant-based therapies were “lesser than” in some way, and to create a real stereotype so that people in the Western world wouldn’t embrace these medicines.

If you look at history, the father of modern medicine was from Egypt. In fact, most traditional healing came from the Eastern world. From honey to pomegranates to castor oil, herbal remedies were nearly boundless. Some treatments involved cannabis, as well as a variety of psychoactive plants such as opium (used as a pain reliever and to treat sleeping disorders).

It wasn’t until the commercialized, synthetic pharmaceutical companies were established here in the Western world that there became a real battleground.

The word “marijuana,” for example, is believed to have originated in Mexico. According to the Oxford English Dictionary, the term may come from the Nahuati “mallihuan,” meaning “prisoner.”

Author Martin Booth notes that this etymology was popularized by Harry J. Anslinger in the 1930s, during his campaigns against the drug. However, linguist Jason D. Haugen finds no semantic basis for a connection to mallihuan, suggesting that the phonetic similarity may be “a case of accidental homophony.”

Cannabis is not known to have been present in the Americas before Spanish contact, making an Indigenous word an unlikely source. Connotations surrounding other plant medicines, such as psychedelics, have been equally damaging and have stunted the acceptance of their utilization. Psychedelics being used around the world therapeutically for thousands of years.

Hemp, for example, has been used in China medicinally for centuries. Traditional healers in China and beyond relied on the mood-altering effects of hemp and other plants for their healing ceremonies and rituals. Cannabis was used in ancient times to make a tea that would be utilized to treat a variety of ailments such as gout, malaria and rheumatism.

Despite that, psychedelics have been portrayed as extremely dangerous for decades. Take psilocybin for example, the active ingredient in what we often refer to as “magic mushrooms.” It’s a sad reality seeing as these plants offer a yet-to-be-realized benefit to us psychologically.

While modern research is underway to prove once and for all the benefits of these plants, they’ve been used for thousands of years by Indigenous people and ancient cultures, often being part of “healing rituals” by shamans from the pre-Columbian Mesoamerican societies.

Today, extensive study of plant medicines is resulting in a better understanding of the mental health benefits and brain optimization these plants can provide.

Psilocybin is actively being explored as a possible cure for depression and anxiety, which affect millions of people across the world. Clinical studies today also look to explore and better understand how psilocybin can help veterans suffering from PTSD, the immune system and brain performance.

However, these herbal medicines, like cannabis, still have strong societal stigmas attached to them. Prohibition and long-term stereotypes surrounding these medicines are to blame.

We must have open minds as we now evaluate the true potential of these plants. With more people coming to accept and utilize these medicines, more delivery methods are being realized and new technologies are being utilized to understand and optimize these medicines. The sky is the limit and we’ve barely scratched the surface in terms of understanding the immense benefits they can provide.

By putting bright scientific minds, business and medical resources behind these plants, we can discover new ways to utilize it and realize their potential.

Studies are underway, for example, to better understand the many different compounds within psilocybin and what their potential could be. Other ground-breaking studies look at MDMA and LSD could be utilized as appetite inhibitors.

Through study and technology, these medicines are finally coming out of the secretive corners in which they once lived, and are being brought into the light as we come to truly understand their benefits.

It’s important to recognize the important role language plays in this process if we hope to allow and encourage cannabis and psychedelic plant medicines to truly come out of these “dark corners” of society and be embraced on a larger scale.

Barinder Rasode is the co-founder and chief executive officer of Grow Tech Labs, a B.C.-based company aimed to help the pre-legalization cannabis community navigate the post-regulated space through innovative technology and strategic partnerships. Rasode also founded National Institute of Cannabis Health and Education (NICHE), a non-profit promoting evidence-based research and education about cannabis. She became the editor-in-chief for BotaniQ Magazine  and co-founded Cannabis Wise, a seal of cannabis standards beyond the current Health Canada requirements.