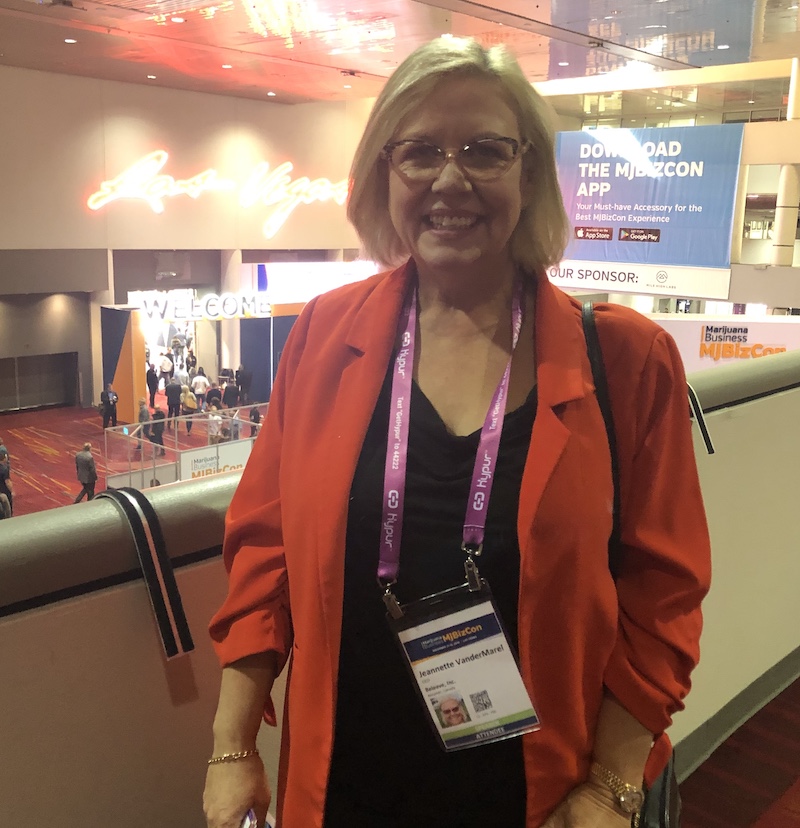 Jeannette VanderMarel, the new CEO at Beleave, was in attendance at MJBiz Conference in Las Vegas. She said public awareness and education can be a safeguard against cannabis counterfeiting.

LAS VEGAS – Counterfeiters are setting up shop in the cannabis market with increasing availability of knock-off cannabis products with packaging that’s made to look like it came from a licensed producer.

Canadian cannabis industry leaders raised concerns about the challenges for the legal market to safeguard against counterfeit cannabis – and the problem is expected to intensify as licensed producers start to build stronger brands. They spoke at a panel at the recent MJBiz Conference in Las Vegas.

“It is an issue because a lot of companies are devoting a lot of money developing unique intellectual property, and they run the risk of having that counterfeited,” said Mitchell Osak, consulting partner at business advisor firm MNP based in Calgaryl, in an interview with Grow Opportunity.

He urged Canadian cannabis companies to put more attention on brand protection and intellectual property to safeguard against counterfeiting.

“On the other hand, you can’t stop the innovation engine,” he pointed out. “You can’t rest on your laurels and say, ‘OK, we’re going to develop a new vaping device and we’re going to rest there.’ You have to constantly keep that going and stay ahead of the counterfeiters.”

Some evidence of counterfeit cannabis have surfaced online, according to Jeannette VanderMarel, CEO of Beleave. In some of these products the packaging were made to look like a legal product so that people can carry them around in public.

“It is a challenge and we are going to see more knock-offs. Especially once we do create good, strong bands in Canada, we’re going to see copycats, whether in the United States or in Europe, those are things that are very difficult for us to control,” VanderMarel told Grow Opportunity.

Counterfeit cannabis is not only an economic problem for licensed producers, it can also be a liability issue for producers, she said. “We’re not going to see any difference from purses to cannabis, unfortunately. It’s scary because there is liability if you don’t protect your patent and you know it’s being knocked off then you’re liable.”

Public awareness and education will be key in countering the counterfeiters, said Osak. He cited the vaping crisis, which has consequently raised awareness around legal versus legal, regulated products.

Vaping and vape products have come under attack recently following a spate of lung injuries that led to the death of nearly two dozen people in the U.S. Vaping has been directly linked to these incidents.

“The vape crisis, as bad as it’s been for all those unfortunate people who had gotten sick in the past, in a way it has shone the light on the dangers of illicit or black market or counterfeit product,” Osak said.

“I foresee over the medium to long-term it will give more of a boost to legal products that are made by reputable manufacturers and sold through legitimate channels.”

The crisis had been a two-edged sword, said VanderMarel. “It’s created a hesitancy around vaping but it also created a lot of education around the importance of having a legal product.”