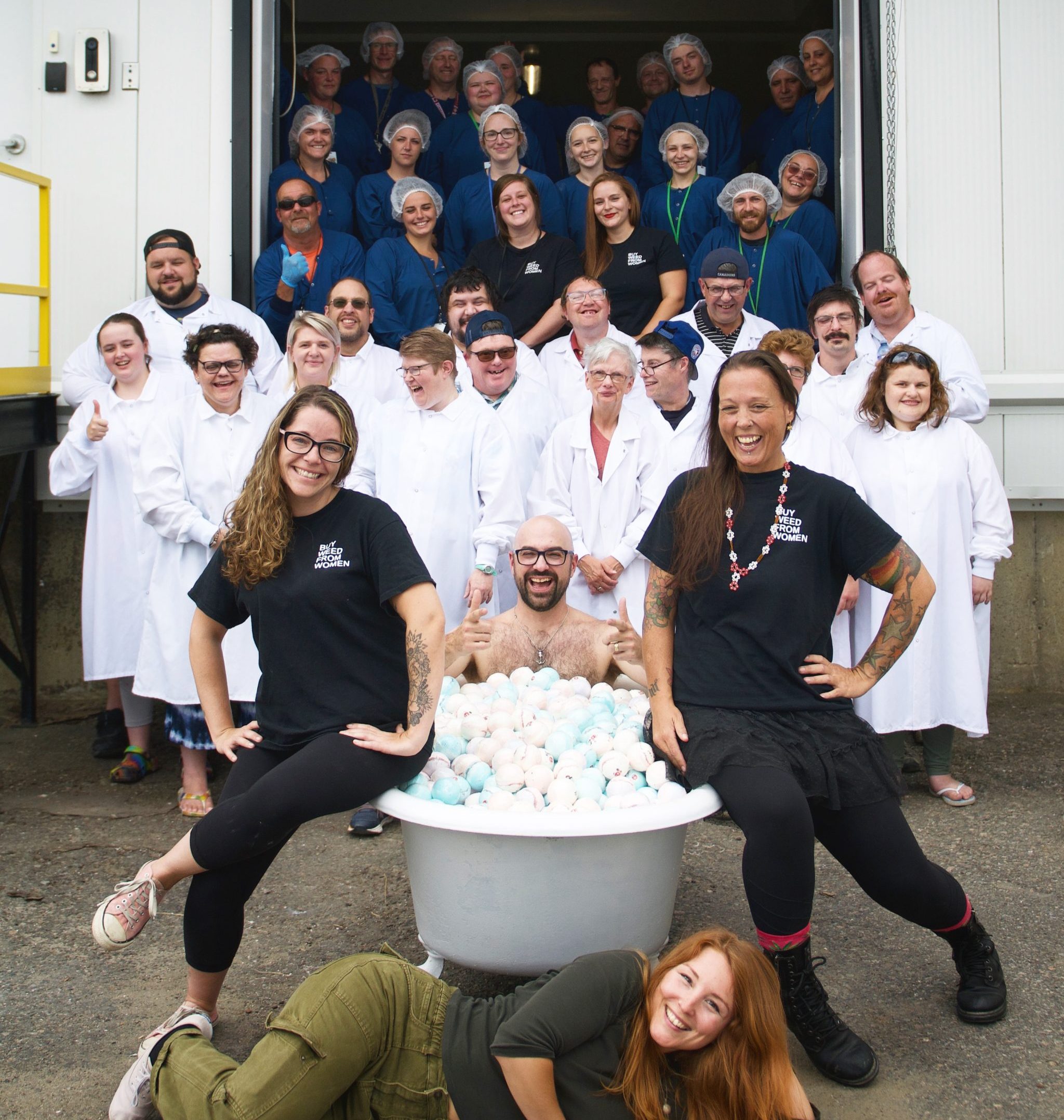 The 2018 film had a lasting impression on me. It revolves around this concept of harnessing free energy in specially designed “Green Power Houses,” using algae production and biochar to power greenhouses and other structures, while also sequestering carbon and producing regenerative soil amendments.

Last month I visited Stewart Farms in St. Stephen, N.B., for a full tour of its veg, flower and mother rooms, as well as its wellness product and fish farm aquaponics facilities.

My guides — Tanner Stewart, Genevieve Newton, and Catrina Jackson — were great hosts, and I would like to thank the whole team for welcoming me so openly, in true East Coast fashion.

What attracted me to Stewart Farms was some of its previous projects I’d coincidentally encountered over the years, such as automated  vertical farming, along with a powerful (pun intended) documentary film entitled “The Need to Grow,” which I recently discovered Stewart helped produce.

The 2018 film had a lasting impression on me. It revolves around this concept of harnessing free energy in specially designed “Green Power Houses,” using algae production and biochar to power greenhouses and other structures, while also sequestering carbon and producing regenerative soil amendments.

These are the kinds of projects that keep me excited and passionate about Canada’s cannabis industry, and beyond. Specifically, about  creating a closed loop system for our consumption patterns, while embracing a more cyclical, partnership model for our operations, where systems are interconnected rather than independent. 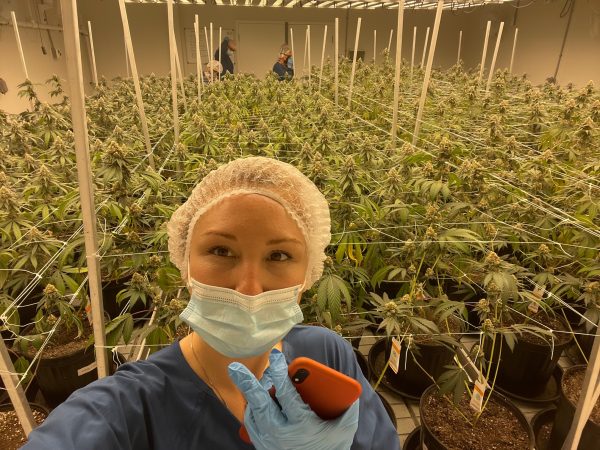 As the summer begins to wind down, we’d usually be prepping ourselves for sweater weather and the highly anticipated “Croptober,” especially for outdoor growers. However, the number of these brave outdoor LPs appears to be dwindling, and perhaps for obvious reasons. Though at this time of year, ever more it seems summer stretches on, and as Canadians, we may find this an appealing phenomenon, but one can’t help but wonder what is causing this shift.

For those climate change deniers out there, I would say this: climate change has now occurred. It has permeated each of our timelines — past, present and future —because the climate has in fact, already changed. In all fairness, environmental issues are mostly responsible for my interest in journalism to begin with.

Of course, we can all be somewhat hypocritical on this subject, as mostly indulgent Westerners (myself included), but the topic is none the less pressing on the greater social consciousness.

This brings me to Dr. Vandana Shiva (an expert featured in the aforementioned “The Need to Grow” film). Shiva has become the unofficial leader and one of the most important activists on the topic of ecological justice. Her message may be rooted in Av Singh’s feature this month, speaking out against biopiracy and the patenting of modified plant genetics, the risk of which has made its way to the cannabis market. Singh prefaces this by providing the example of RiceTec’s attempt at monopolizing rice exports in South Asia through a modified strain of rice.

I’d now like to welcome cannabis consultant Michaela Freedman to the roster of Grow Opportunity columnists. She contributed to this conversation by touching upon the lack of options for plant disposal in the industry, as well as the overuse of plastics.

During my conversation with Trina Fraser last month, regarding CBD recommendations, I asked her to speculate where we will source CBD, and if hemp would be considered. Perhaps this might open the door to other uses of plant matter in this industry, as an alternative material source for biomass, fibre, etc.

All this to say that rather than looking for channels to capitalize off the changing climate by examining  market potential (e.g., growing figs and olives in the Okanagan), my hope is that through awareness, and a great deal of motivation, we may find solutions today. Although we may never reverse the damage done, perhaps we might help soften the blow and salvage our future for precious generations to come, and traditional plant species to thrive.

Related
Editorial: Cannabis consumer education leaves so much to be desired
From the Editor: Small is beautiful
Opening a cannabis store during COVID-19
From the Editor: Taking on the industry in strides