Features Opinion Business
From the Editor: Taking on the industry in strides 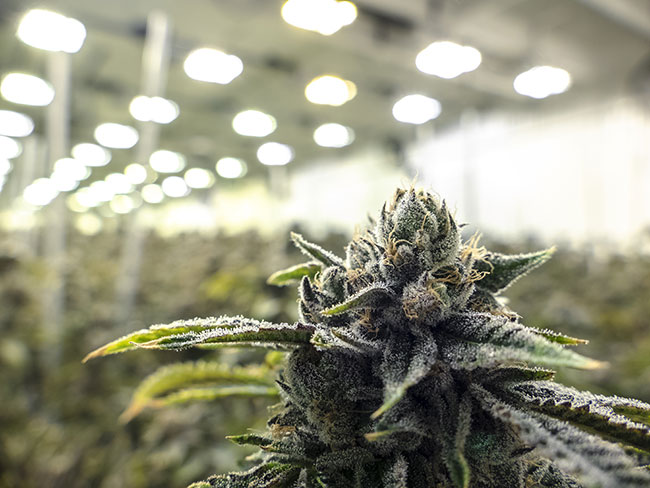 It’s hard to believe, but on October 17, 2021, it’ll be three years since cannabis was legalized in Canada. Think about it; only three years ago, one could be fined, or have to serve jail time, if they were caught using, growing, or selling cannabis-based products (unless for approved, medicinal purposes).

All of this to say, it’s incredible what can happens when something goes from being illegal to legal, and in such a short amount of time.

In our most recent Grow Opportunity: The Podcast episode, titled “Where will our research bring us,” I had the opportunity to speak to Kelly Sveinson, chair of the Applied Research Centre at Langara College in British Columbia.

In July, Langara College received a federal grant of $3.3 million, which will go toward the college’s research of cannabis, as well as the B.C. and Canadian cannabis industries.

During our discussion, Kelly made a great point, “For some people, when something is illegal, they mentally shut it down. When it’s legal, all of a sudden people are open to it. Funny, isn’t it? I think public perception of cannabis is in a transition phase.”

Public perception isn’t the only thing that’s in a transition phase in the cannabis industry. Being so new, the industry still has plenty of areas of research to explore, and standards and regulations to adjust, create, and implement, especially when there are Cannabis 2.0 products to consider. For example, a recent push for regulation changes involves cannabis-infused beverages.

Industry players and advocates are voicing their thoughts on how currently, cannabis-infused beverages can only be purchased as single items, unlike how alcohol drinkers can purchase a six-pack of beer or coolers from any alcohol-licensed store.

This all has to do with current regulations that limit customers to no more than 30 grams of dried cannabis or its liquid equivalent, 2.1 litres, per transaction.

Additionally, single cannabis beverages sold in Canada must also contain no more than 10 mg of THC. These regulations put limits on licensed producers, distributors, and consumers. But as the industry continues to move forward in its research on the use of cannabis in consumers, there is the likelihood that regulations like this one, will evolve as the years go on and can identify the best protocols for each specific type of cannabis-based product.

As we continue to delve into research and make new discoveries in the industry, it’s important for us to also recognize and celebrate the hard work and dedication of those who are currently driving the success of the industry!

Be sure to check back in for the November/December 2021 issue of Grow Opportunity, where we will announce this year’s Canada’s Top Grower!

Is there a topic you would like to learn more about, or would like to teach your community about? Feel free to send me an email at cmuia@annexbusinessmedia.com, I would love to hear your feedback and get to know the members of our community. I’m looking forward to meeting and learning from each of you!