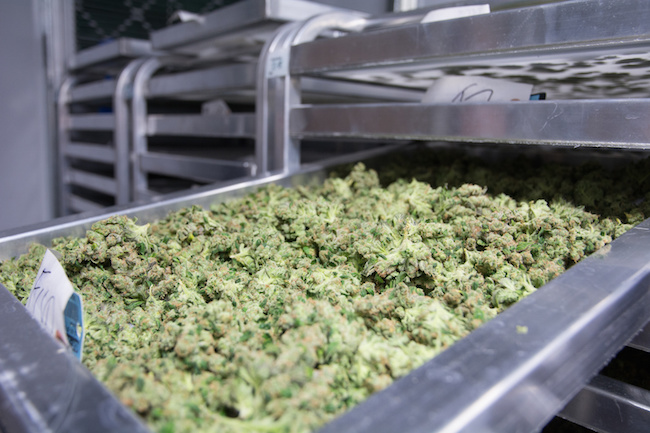 Federal and provincial governments earned $186 million in cannabis-related revenue in the first five and a half months since legalization in October, Statistics Canada said.

The Ottawa-based agency said revenue came from product-specific excise taxes and general taxes on goods and services, such as the Harmonized Sales Tax, directly related to the sale of cannabis.

It added that excise taxes increased by 12.4 per cent in the first quarter of 2019 compared with the fourth quarter of 2018 on higher sales by licensed producers to distributors.

During the same time frame, general taxes on goods and services from the sale of cannabis were up 68.1 per cent from increased purchases made by households.

“Federal and provincial government revenue from general taxes on goods and services as well as excise taxes may rise further in the second half of the year, as additional cannabis retail outlets are scheduled to open,” Statistics Canada said in a release.

These figures are the first glimpse into pot-related government revenues since Canada legalized cannabis for recreational use on October 17.

Due to the “bumpy” rollout of legalization last fall, these first-ever government tax figures are lower than expected, said the Conference Board of Canada’s economist Robyn Gibbard.

“However, we think that as the kinks are worked out, governments can expect strong growth in revenues from cannabis sales going forward,” she said in a statement.

Legalization on Oct. 17 was met with brisk demand from Canadian consumers and supply shortages at government and private retailers, prompting some to reduce their hours of operation or provincial governments to cap the number of retail licences.

The supply situation has improved in recent months, and Alberta has lifted the moratorium on new retail licences and Quebec cannabis outlets have resumed more normal hours.

Still, household spending figures from Statistics Canada for the first-quarter of this year show that most non-medical cannabis is purchased from the illicit market, at $1.1 billion, compared to $377 million bought through legal channels.