Albert Eppinga looks to employ, educate, and empower the Indigenous communities across Canada. 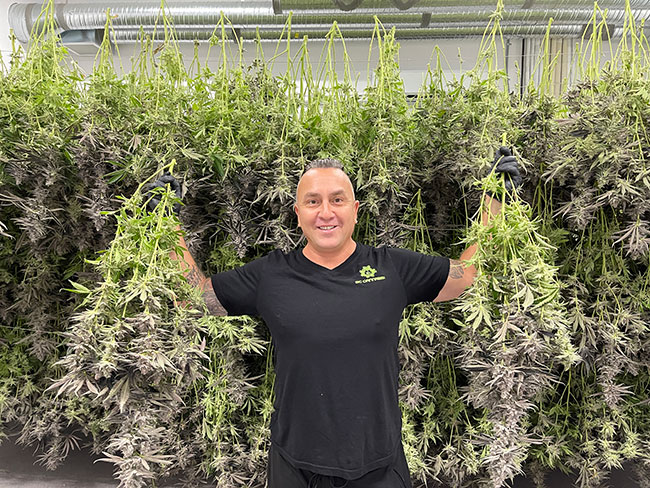 “I slept on cardboard boxes as a teenager. I realize what I’ve done and I realize I’ve come a long way, but you just don’t see the big picture until you sit down and realize you’ve received an award like this.”

Albert Eppinga, founder, master grower, and RPIC of BC Cannabis Inc. has always had a love for growing, and in 2017, sold everything he had to pursue his dream of growing cannabis, legally.

Learning the legacy way
Eppinga’s cannabis-growing experience goes back more than 20 years before he founded BC Cannabis Inc. in 2018. “As a kid, I loved growing bonsai plants, but I knew people who grew cannabis, and was intrigued by the plant.” Eppinga was fascinated by the texture, the colours, the smells, “I wondered what it would take to create that; how do I grow it?” But curiosity wasn’t his only reason for wanting to learn how to grow; 20 years ago, finding a high-quality and consistent product was a rare feat.

Determined to learn, Eppinga apprenticed for legacy growers who first had him trimming the plants, until he eagerly asked to be taught the industry secrets of how to grow and produce a quality product. “I had knowledge passed down to me by the expert growers who today, would have more than 40 years of growing experience, and they were my friends’ parents!” he revealed. “That’s my truth, and that’s how a lot of people got their start in the industry.”

Establishing BC Cannabis Inc.
In 2017, when news began to spread that cannabis would likely be legalized, Eppinga almost left the trade. He thought that legalization meant the legacy market would come to an end. But he had spent years honing his skills and perfecting the techniques.

“I was impressed with Albert’s approach to adopting modern cultivation techniques for cannabis and his focus on craft production,” said Mohyuddin Mirza, PhD, and an industry consultant in Edmonton, Alberta (Alta.). As one of the judges of this year’s Grow Opportunity 2021 Canada’s Top Grower award, Mirza was “also impressed with his knowledge of cannabis plants and how to produce a high-quality, craft product.”

After gaining all this knowledge and dedicating the time to continuously learn and perfect his skills, the thought of not taking a crack at the legal market and the regret to follow didn’t sit well with Eppinga. Instead of pushing him away from the industry, legalization has allowed Eppinga to speak openly about cannabis and what he does, giving him a great sense of pride. “I’m able to tell my parents more about what I do and they can be proud of me,” Eppinga continued, “so it was quite an uplifting and empowering process, to have legalization come into play and allow me to express what I’m good at.”

The dream was too big to pass up, plus, Eppinga realized that he was in a prime location. “I thought to myself, ‘Where are we? We’re in British Columbia!’ Where’s the best weed grown? In B.C.!” Eppinga exclaimed. “People all around the world know about B.C.’s cannabis.”

With a great support system of friends and family encouraging him every step of the way, Eppinga sold everything he owned and put the money toward establishing the company. “I put everything I had and we still needed more, obviously. I have some really close people on our side that helped us along the way, so you know, it all worked out.”

Although construction of the facility was impacted by the COVID-19 pandemic, on April 9, 2021, almost three years after cannabis was legalized in Canada, BC Cannabis Inc. received its first micro-cultivation licence from Health Canada, with letters of readiness for two more micro-cultivation licences. Currently, the company is looking to build two more facilities beside the up-and-running facility, with one dedicated to cannabis plant genetics.

After taking a virtual tour of the facility, all three of Grow Opportunity’s 2021 Canada’s Top Grower judges were impressed by the facility itself, but also with Eppinga’s knowledge and dedication, his team, and cultivation techniques. 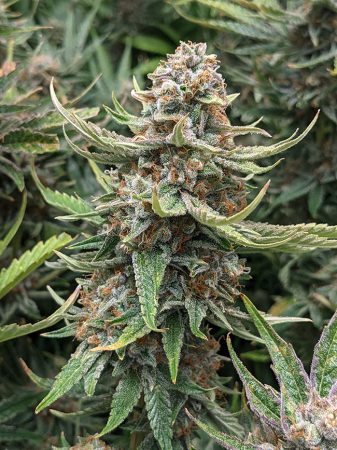 As a legacy grower, Eppinga has combined legacy growing techniques with the industry’s newest technologies, to produce a high-quality and consistent product at BC Cannabis Inc. 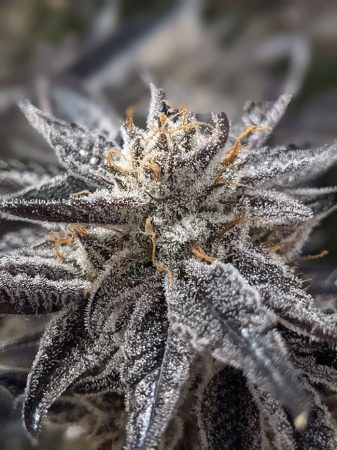 Growing cannabis is Eppinga’s passion, and he hopes to use his passion to employ, educate and empower Indigenous people across B.C. and in the Canadian cannabis industry.

Legacy techniques in a modern facility
As a legacy grower, Eppinga has continued to use the techniques he had learned 20 plus years ago, but also understands the importance of embracing innovation and incorporating new technologies in his facility to achieve efficiency, sustainability, and consistency. Taking this approach, BC Cannabis Inc.’s current strains, including its Mandarin Cookies strain, which has tested at 29.6 per cent THC and 3.1 terpenes.

“When Albert founded BC Cannabis Inc., he envisioned growing with tried-and-true techniques from the legacy market, combined with highly-efficient cultivation and equipment,” explained Tom Nguyen, head of security at BC Cannabis Inc. and who has been with the company since the beginning. As a legacy grower, Eppinga had more experience growing cannabis in soil, but chose to grow using the hydroponics method. “This change was risky, but has proven to be an effective time- and cost-saver, as our plants don’t need to be manually watered,” Nguyen continued. “The growth medium we use here is rockwool, which is an insulation material that’s light and non-toxic. Albert also had no experience growing with rockwool but chose to do so, because rockwool combined with hydroponics uses less water than the traditional soil system.”

The switch from soil to hydroponics allowed BC Cannabis Inc.’s operations to be much more scalable. The facility’s irrigation system is fully automated and runs at pre-scheduled events, allowing Eppinga, the master grower, to look after multiple rooms and multiple facilities. Additionally, Nguyen pointed out that the automated system allows for consistency in the plants, and eliminates risks of under- and overwatering due to human error.

“Albert’s ability to bridge ‘legacy’ methods of production with innovative technologies to align with industry best practices was on-point,” said Jayson Goodale, a 2021 Canada’s Top Grower judge and senior lead – risk advisory at Cannabis Compliance Inc.- (CCI-) Deloitte. “From the testing of nutrients to the monitoring of the sophisticated environmental controls of the operation. He also identifies with the importance of quality over quantity at any scale and how no matter what, the ‘craft approach’ is what today’s consumers are looking for.”

Wanting to ensure he’s providing only the best for his team and operations to produce a high-quality product, Eppinga also equipped his facility with double-ended Gavita lighting, HVAC and dehumidification systems, with all components integrated and centralized. “Our facilities can be monitored and run from a smartphone. Environmental data are tracked and collected 24/7, and it’s all saved to the cloud,” said Nguyen. “Albert didn’t spare any expenses on the cultivation equipment at BC Cannabis Inc. They’re modern and energy efficient,” Nguyen continued, “They use much less electricity and have much lower environmental impact compared to other, much cheaper alternatives.”

While it’s important to ensure the facility contains the most efficient technologies and systems, Eppinga knows that a big part of achieving success is surrounding yourself with the right people.

A team effort
During harvesting, BC Cannabis’ rooms could have up to 20 people in the span of four to five days who are trimming, hang drying, and processing the cannabis. While the facility is located in Sooke on Vancouver Island, Eppinga had originally come from the mainland of B.C., which meant he left behind most of his legacy market network, and needed to build relationships with the communities and companies around Sooke.

“Over the past four months we’ve built a roster of people and slowly, we’ve involved more key people,” said Eppinga. “Now we have a really good team that comes in to trim.” While about half of the team have plenty of experience with the harvest and post-harvest process, the other half are a little less experienced, but are being shown the ropes by Eppinga and the rest of the group. Up until recently though, Eppinga’s permanent cultivation team consisted of only five employees. “We’ve just welcomed two new workers from the Indigenous community whom we’re currently training.”

As a status member from the Eagle Clan, located on the Haida Gwaii (an archipelago on the West Coast of B.C.), and someone whose mother is a residential school survivor, finding ways to employ, educate, and empower the Indigenous communities across Canada, is the main goal Eppinga has been looking to achieve since the inception of BC Cannabis Inc.

Employing, educating and empowering
Today, BC Cannabis Inc. is still part of only a 2 to 4 percentage of companies that have Indigenous owners or stakeholders. When Eppinga had first looked to establish the brand in 2018, BC Cannabis Inc., which is now part of the BC Liquor Distribution Branch’s Indigenous Shelf Space program, was one of the only Indigenous-owned companies in the province that was utilizing the Indigenous Navigator Services with Health Canada. “The program was a huge help because it guided us through almost the entire process, not just through the application process,” Eppinga explained.

Known as White Eagle, which is his name in Haida, Eppinga’s goal is to establish new ventures on First Nation land, giving BC Cannabis Inc. the ability to work with more Indigenous people. “That’s our main goal here at BC Cannabis, that’s the reason we’re doing it. We want to employ, educate, and empower Indigenous peoples in the cannabis industry.”

By ensuring his Indigenous identity and culture were a main focus when establishing BC Cannabis Inc., Eppinga has looked to inspire his communities, showing that if he can do it, they can too. “Our company logo is Indigenous; we have the helping hands on there, showing we want to help Indigenous people and representing all of us working together in the cannabis industry,” he detailed. “My hope and goal is to empower and enable these communities to be self-sufficient. I want to be able to build a facility in the middle of nowhere, and create revenue for bands that have mold on their walls, and are without running water.”

To kick-start this goal, BC Cannabis Inc. is now looking to build a farmgate facility in Chilliwack, B.C., on top of the two facilities currently being built beside its Sooke facility. “To me, it’s so important that we let the entire nation know we are Indigenous, we are BC Cannabis Inc., and show that if we can do it as an Indigenous company, anyone else in the Indigenous community who has the passion, can do it too,” Eppinga emphasised. “That’s just what I really want to do. I really want to help my people and allow them to understand this is a good thing. It’s something that can benefit their communities and employ our people.”

The road ahead to achieve this goal won’t be easy or happen overnight, but looking back at the road to establishing BC Cannabis, that wasn’t easy either. “Us Eppingas just don’t know when to give up. This is my passion and I never wanted to give up my passion. The challenges involved made me a better and stronger person,” Eppinga smiled.

“I would like to personally congratulate this year’s winner, Albert Eppinga, a grower that displays the experience of the legacy market, blending with new technology and the passion of a true cannabis producer,” said David Kjolberg, judge of the 2021 Canada’s Top Grower award, and master grower and cannabis consultant. “I can only imagine what the future has in store for Albert and BC Cannabis Inc.”

Related
Second Act
Understanding heat and humidity for bud growth and quality
From the editor: A seat at the table
Spotlight: Virtual Grower Day 2020