Features Production
Nurtured by nature: the process behind organic growing

Growing organic cannabis is becoming a differentiating factor for licensed producers that have a stake in the new yet increasingly competitive Canadian cannabis industry. 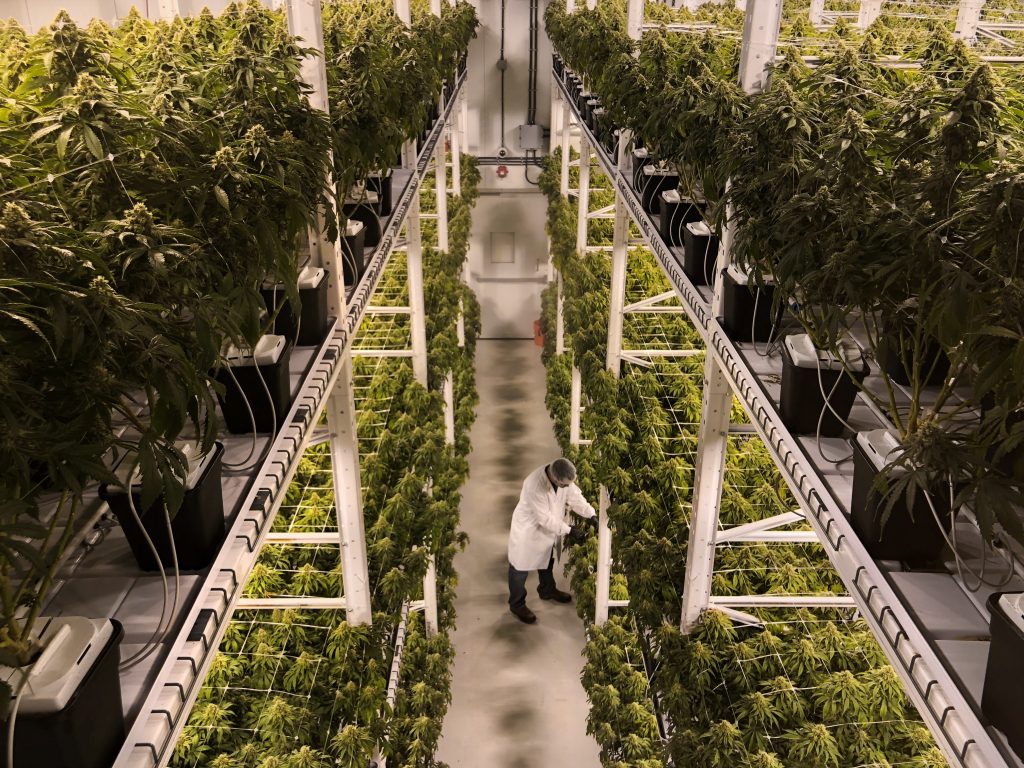 For these organic growers, staying close to nature in their production process sums up their distinct identity, setting them apart from the rest – and allowing them to capture an important segment of the consumer market.

David Perron is a master grower of organically grown cannabis. His initial passion for agriculture and greenhouse production is what led him to the world of cannabis, which he’s been fully immersed in since 2014.

For Perron, who is vice-president of growing
operations at Mississauga, Ont.-based The Green Organic Dutchman (TGOD), organic growing is full of opportunities to improve the environment and the experience of consumers who choose organic.

TGOD obtained its organic certification from Ecocert Canada (Ecocert) in May 2018.

Organically grown products are grown without fertilizers, pesticides or genetic modifications, and the organic process takes steps to protect the environment. 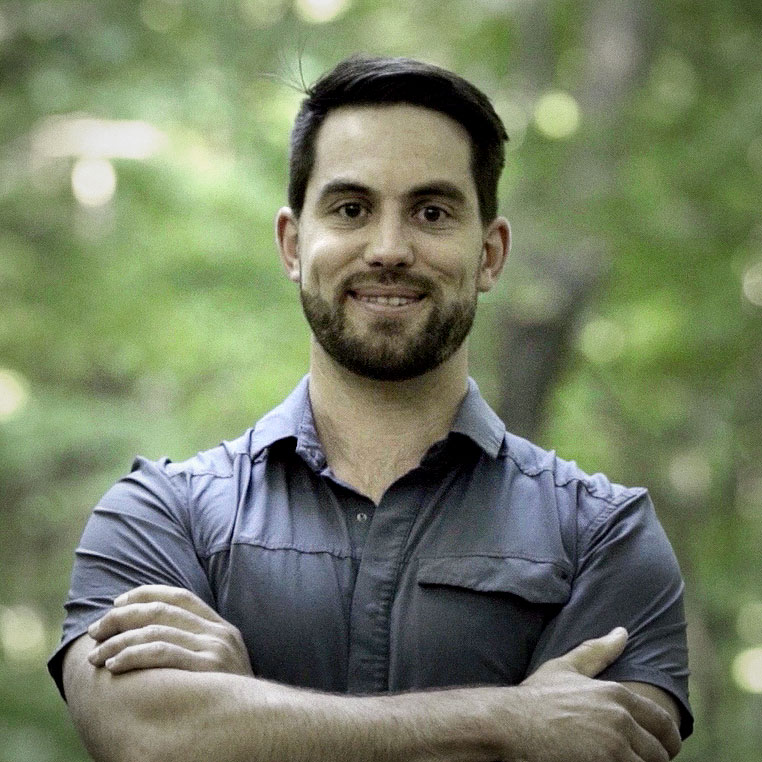 “The main difference is the quality of the input that we’re using,” Perron says. “They’re all raw, natural ingredients and that’s what allows us to achieve a higher quality of cannabis and also achieve our organic certification.”

“[Organic production] gives people an alternative, a choice in what they’re consuming,” Sophie Rivers, brand manager at WMMC, notes. “The same as with organic foods, people can choose to have an organic product versus a non-organic. It offers that option.”

The growing process
Each organic certified producer will have variations for how it grows its cannabis, and although the exact method is kept under wraps, one of the main differentiators is using living soil and organic fertilizers.

“It’s definitely a more expensive soil, but one of the really great things about it is that it can be re-used as part of the process, so we’re not throwing out soil every time we do a harvest,” Rivers tells Grow Opportunity.

“We believe that if you start with a really strong base – and our living soil does that – then it gives the plant everything and the best chance it needs to produce beautiful flowers,” she says.

The difference between conventional fertilizer and organic fertilizer is how much each is processed.

Organic growing uses a natural input or fertilizer that is processed by the soil’s microbiology, beneficial fungi and other beneficial microorganisms which offer the plants a broader range of vitamins and nutrients which are then transferred to the end product.

Certification process
For WMMC, the process for obtaining organic certification with the FVOPA took about a year and a half from start to finish.

“It wasn’t something that just happened overnight, it was a very long, laborious process,” Rivers says. “We knew that it was something that we wanted to do, so it was worth the time and the energy to make it happen.”

For TGOD, the certification process took about six months, but Perron says there was a lot of build-up and about four years of research and development that led up to it.

“The pipeline was already there, so we just had to put our process through,” he explains.

“It’s a very rigorous audit, but we passed it from the get-go at TGOD with our living soil and growing processes,” Perron says, adding that the certification through Ecocert included both the auditing program and a sustainability aspect, where Ecocert assessed how much waste was being produced and encouraged more sustainable substitutions where it saw fit.

“They’re all guys that are really knowledgeable,” Perron says. “Just as Health Canada comes on site and audits your SOTs, your growing practices and makes sure that your product is safe for the end-user, it’s the same type of audit.” 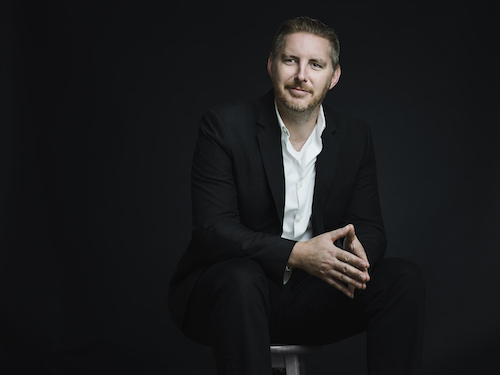 The process included site visits, a robust documentation plan where Ecocert worked directly with Organigram’s quality assurance group, and an on-going dialogue to ensure standards were being adhered to. There’s also a renewal process in place to make sure those standards continue.

“Even for [Ecocert], the cannabis production environment is a new one that they’re still kind of working through the processes as well,” Gracewood explains. “It’s been a really great experience for both of us going through that and understanding how the cannabis industry can be unique and working through some of the issues that makes for a healthy relationship going forward.”

Worth the effort
Given all the time and investment these three producers poured in to attain the golden certification ticket, it would be worth discussing if it was all worth it. The overall consensus was quite simply, Yes.

“For the last four or five years, we were the only people in Canada that had that certification, which 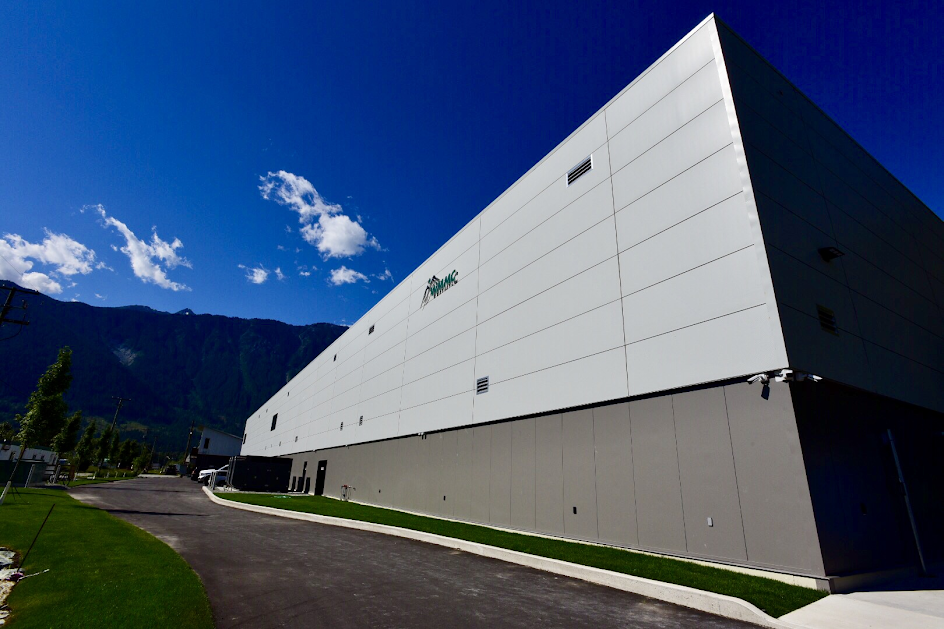 made it more worthwhile for us,” Rivers says. “It’s not something that’s easy to get, so we’re really proud that we were the first people and that we maintained that status for so long.”

Perron says the extra work is definitely worth it for TGOD. “Through our organic system with our living soil we’ve seen an increased concentration of terpenes and that translates to a better flavour for the patient,” he says. “We’re also producing a cleaner medicine, so it’s a better experience as well as a high medicinal value.”

Gracewood says although it’s a small percentage of the market, whether medical or recreational, that prefers organically grown cannabis, Organigram was motivated to cater to that niche.

“Like any other company that develops a wide breadth of products for different groups of people, we think organic production is one of those products that we want to clearly identify as something that consumers are looking for,” he says.

Market feedback
Obtaining organic certification essentially validates a company’s organic claim and adds transparency to what they do to create their final product.

As with any organically grown product, consumers know the bottom line is that they’ll be paying more. According to data from CannStandard, the average cost of one gram of regular grade cannabis is $9.02, compared to an average cost of $11.40 for one gram of organic cannabis – but it’s an added cost consumers are willing to pay for. In fact, CannStandard says consumers will pay 24 per cent more for organic cannabis.

The health benefits and the higher quality product might be why 10 to 15 per cent of Canadian consumers want an organic choice, Gracewood says.

When it comes to other organic products, Canadian consumers have shown they are willing to pay a premium for higher quality goods. According to Hill+Knowlton Strategies, 57 per cent of Canadians prefer organically grown cannabis.

Both Rivers and Perron agree, not all cannabis is created equal.

“If someone cares about the way that their fruits and vegetables are grown and they carefully wash all of them when they buy them, they should care the same about their cannabis,” Perron says. “The certified organic process leads to a cleaner product free of synthetic fertilizers and pesticides.”

According to an infographic from Visual Capitalist, consumers will increasingly seek out high-quality organic cannabis for the same reasons they seek out other organic products – to ingest less chemicals and to be environmentally conscious shoppers.

“We’ve had a lot of great reaction to organically grown cannabis and we think that there’s a very specific part of the market, whether it’s in the medical or the adult recreational side that place organically grown product in very high regard,” Gracewood adds.

For Perron, the cannabis industry is in the best position to get it right from the beginning.

“We’re building a new industry and we have the opportunity to pick all the knowledge from other agricultural industries, so we’re building something from the ground up and we have the opportunity to build it right and make a difference in terms of sustainability and in the lives of people,” Perron says. “That’s something that’s really exciting for me.”

Tamar Atik is the associate editor of Grow Opportunity. Email her at tatik@annexbusinessmedia.com