SMITHS FALLS, Ont. — The place pot put on the map, weed capital of Canada, the little town that marijuana saved — folks in Smiths Falls have many ways of describing their community's transformation, but all of them stick to a common theme. 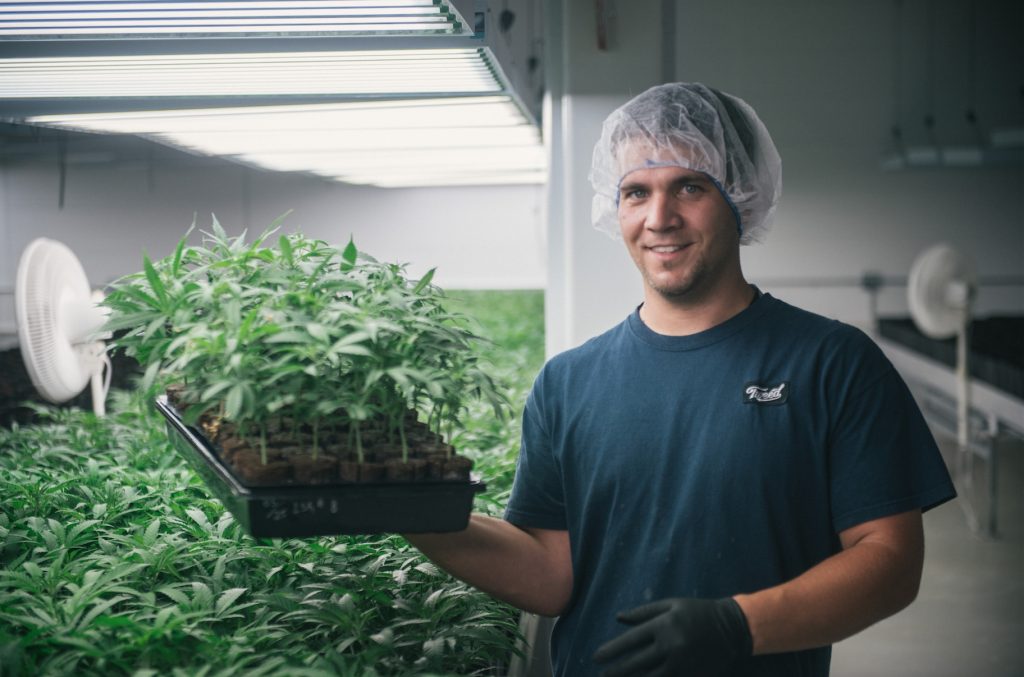 The Ontario community, home to fewer than 9,000 people, had become all too familiar with the pain of economic hardship over the years.

It now finds itself in an enviable position: at the leading edge of the global, multibillion-dollar cannabis industry.

The area, about an hour’s drive southwest of Ottawa, is home to the headquarters for Tweed Inc. and parent company Canopy Growth Corp., which make up one of the world’s largest licensed cannabis companies.

Along with its wider international expansion, around Smiths Falls the producer has been growing like a weed.

The company has created about 800 direct jobs in the community since it started gradually taking over a shuttered Hershey chocolate factory about five years ago. As its local footprint gets bigger, Tweed has also bought and begun to revitalize other buildings around town — some of which had been boarded up for more than a decade.

It has made its mark in the medical marijuana business and the next chapter opens Wednesday, when Canada becomes the first Group of Seven country to legalize recreational marijuana.

People in Smiths Falls are optimistic the end of recreational pot prohibition will be another step towards ending a particularly difficult stretch for the local economy.

“Virtually everybody you talk to would say this has been a real godsend to our community,” Shawn Pankow said in an interview inside the town’s new welcome centre.

“Our sense of optimism now is high.”

About a decade ago, the story was different. Several major employers packed up and left town, taking some 1,500 jobs with them.

Locals say grocery stores closed, neighbours moved away in search of work and the lawns of many deserted homes around town were consumed by tall, out-of-control weeds. The difficult times brought social problems — some people recall referring to the community as “Little Chicago” because of rising crime and hard drug use.

The Hershey facility’s closure really stung. It was a symbol for the community and used to attract flocks of chocolate-loving tourists.

The experience, however, is focused on all things cannabis.

Visitors watch a video on the history of pot use and its prohibition, and can gaze through windows at production rooms covered with jungles of the unmistakable leafy plants.

The community’s economic and social progress is still in its early stages, but some businesses say they’re already benefiting from an increase in tourists and the company’s employees.

“There’s certainly a lot of growth happening, but I think there’s still a lot to come,” said Amy Rensby, whose C’est Tout Bakery has seen a healthy increase in business.

The real estate market has also seen a lift and now multiple offers on a single property have gone from being a rarity to something that’s common, said Pauline Aunger, the broker of record for Royal LePage Advantage. The arrival of bidding wars means some houses are now selling for more than their listed prices, she added.

“Up until the last couple of years, nothing was happening — it was really a dead situation,” said Manwell as he sat with friends in front of the Royal Canadian Legion.

For many, evidence of Smiths Falls’ new-found importance can be summed up in two words: Snoop Dogg.

The world-famous rapper and entrepreneur has partnered with Tweed to distribute his brand of cannabis products.

In August, Snoop Dogg visited Smiths Falls, where he checked out the facility and met employees and locals. He also performed a show for more than 5,000 people.

Smiths Falls also held its first-ever Pride Parade in the summer, an event the mayor said received a big boost of support with the participation of Tweed employees.

But even enthused locals will admit that a vein of skepticism runs through town. Not everyone is comfortable with the idea of becoming linked to a substance in the process of shaking off the shackles of prohibition.

MacDonald, who smokes weed, said: “There’s still your odd people that will just be snotty about it — they gotta get used to it now.”

There are also fears about the rising rental costs for people who have so far been unable to benefit, directly or indirectly, from the industry.

One thing is certain: Tweed has caught the attention of investors well beyond the borders of Smiths Falls.

Bruce Linton, Canopy’s founder and CEO, said people from the around the world have been visiting the Tweed factory to learn more about the promising industry.

“Last week, I had to present in London, Paris, Smiths Falls and New York,” Linton said in an interview.

“That pattern was impossible … five years ago — and now it’s sort of sensible.”

Linton said he chose Smiths Falls at time when his young company needed a big building. The community, which was struggling at the time, was very supportive, he said.

“I don’t know that everybody’s going to work in the cannabis industry, but I think a lot of people thought they weren’t going to work, period,” Linton said.

“And they weren’t very motivated and they didn’t feel very proud of where they were.”

Around town there are no obvious signs of the cannabis industry’s presence — no billboards, no posters.

But some already want the local water tower to one day feature the well-known image of a marijuana leaf.

Until it received a fresh paint job several years ago, the tower featured a Hershey bar with the slogan: “Smiths Falls — Chocolate Capital of Ontario.”

“If someone had told me five years ago that I’d be standing working at a cannabis factory, I would look at them and say they’re crazy,” said Lawrence, whose husband was laid off by Hershey after more than 35 years on the job.