Features Legal Regulations
“I will not comply” – In cannabis, you should 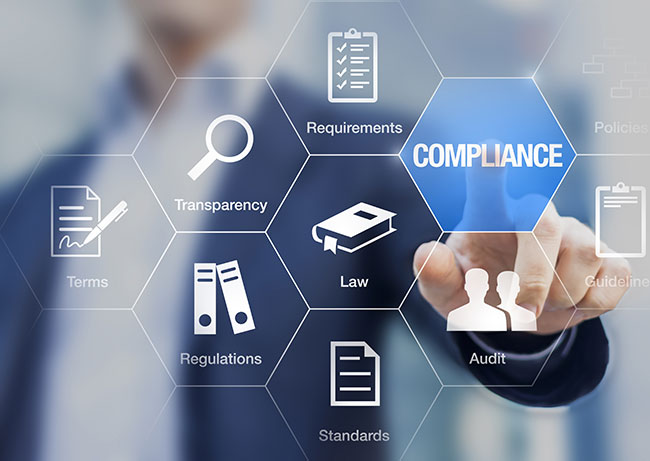 Compliance is defined as the action or fact of complying with a wish or command. If you are working in the cannabis industry, compliance is a necessary fact of life.

Federal licence holders must comply with a long list of rules and commands in order to become licensed. Retailers who are authorized to sell cannabis by a province or territory are in a similar boat. Although navigating the various rules can be a challenge, the overwhelming majority of companies are able to comply with the requirements in order to obtain a licence.

Observationally, it appears that the vast majority of federal licence holders struggle very little as it relates to compliance with the operations of their facilities.

Perhaps this is due to the existence of standard operating procedures, or perhaps it is due to the routine and (what can be) repetitive nature of the operations within a facility.

Non-operational compliance requirements would include areas such as promotion and relationships with other entities in the cannabis industry. Given space limitations, this article will discuss only promotion as an example of where licence holders appear to routinely struggle with non-compliance, innocently or intentionally.

There could be many different reasons for this. It is possible that significant attention is paid to the rules and compliance during the licensing process, given that compliance is critical to licensing. Similarly, ongoing operational compliance is critical to maintaining the licence, as well as selling products in a fashion that is acceptable to the provincial and territorial boards (i.e. meeting proper packaging requirements).

On the other hand, promotional rules are, to some extent, irrelevant during the licensing process and are detached from the day-to-day operations from the facilities.

Whatever the reasons may be, licence holders would be well served to follow non-operational rules with the same diligence as they do with operational rules. While enforcement has been sporadic to date, warning letters from Health Canada are showing up in mailboxes with much more frequent occurrence.

In addition to the risk of monetary penalties, there is a cost built in to having to deal with the regulator. Depending on the nature of the offence, the time and effort required to investigate what happened, devise a strategy, respond to the regulator, and ultimately work towards a satisfactory resolution with them, can be very extensive. If a licence holder decides to bring in counsel to help address the issue, there is a direct out-of-pocket cost now associated with non-compliance.

Even if the licence holder has in-house legal assistance, utilizing counsel to deal with compliance issues takes them away from their normal duties, which are likely focused tasks that are much more critical to the operations and growth of the business.

While it is tempting to take short cuts here and there, by and large we find that those short cuts come back to haunt the licence holder, with the end result being that the consequences completely erode any benefit that was obtained by taking the short cut in the first place.