Beyond packaging, sustainability has to start with cultivation 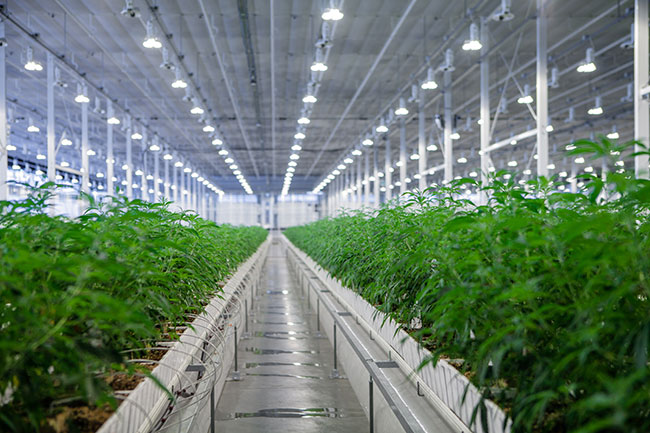 If you hear the word “sustainable” in the cannabis industry right now, most will default to concerns about packaging waste. Less top-of-mind for the broader public is how the industry manages issues around waste, energy and water use. But that doesn’t mean it’s being ignored by those in the day-to-day business of running cannabis production facilities.

Taking steps to help manage climate impact is a goal for most corporations these days, and the cannabis sector is no different. Most Canadian licensed producers are looking to leverage the technology they invested in during the early, more buoyant days of the sector to demonstrate sustainability efforts in the coming years. As climate change concerns become more of an issue for consumers and investors and corporate governance mandates, it will become a more significant focus.

“What we see broadly in agricultural markets is that the world is changing very fast, and climate risk, and technology adoption, are becoming central business issues for farmers of all kinds,” says Derek Smith, executive director and co-founder of Resource Innovation Institute (RII) in a recent panel discussion on water use and sustainability in cannabis cultivation.

While water use has often been a community concern when cannabis operations are being constructed, in its report, “Cannabis H2O: Water, Use & Sustainability in Cultivation,” produced with New Frontier and the Berkeley Cannabis Research Center, RII noted that water use in cannabis is “nominal” relative to other major agricultural crops such as cotton, grapes and corn.

Canadian LPs are well ahead of the game when it comes to sustainably producing products but know they need to focus on the demands that await them.

“What licensed producers need to be more mindful of now is that as we move into more of a climate accounting world, where we need to be mindful of GHG (greenhouse gas) emissions, it will be part of the competitive advantage,” says Steven Fish, senior manager, corporate social responsibility at Edmonton-based Aurora Cannabis Inc. “There will be a carbon market, and that’s when you will see the licensed producers start to pay much more attention, and it will become a strategic advantage for companies to take that seriously and become a leader.”

Fish says the Canadian cannabis sector is not seeing the kind of pressure around environmental impact that an industry might typically see from the investment community around resource disclosures.

“Some brands have more pressure from the investment community to make these types of disclosures happen and to be more public, but we’re still a young industry, and it’s not quite there as far as that maturity. I do think that there is significant pressure from consumers more on the packaging file. That’s where we’re hearing it the loudest,” he says.

Having worked with the oil and gas and lumber industries, Fish knows the unique challenges other industries face when it comes to sustainability. “We’re not at that point where people are focused on the minutiae of the production just yet. It’s coming but we’re some time away from companies understanding the scope of that and being ready to produce disclosures.”

Green from the get-go
By design, The Green Organic Dutchman (TGOD) was built as a sustainably-focused company, says Karine Cousineau, director of government relations and sustainability at the Mississauga-based company.

“We’re now benefiting from great choices made at the beginning when money was easier to get. But it now becomes a whole question of awareness and pushing the industry forward.”

Cousineau and Fish are among the industry representatives working with associations like the Cannabis Council of Canada and provincial boards to ensure sustainability is front and centre for producers at a time when the industry is struggling to regain momentum.

“If we can work together to make sure companies are profitable but also to be sustainable, that’s awesome. We need to do well to do more. Those two things are not exclusive. You can do better by being more sustainable,” says Cousineau.

TGOD has applied to be part of the UN Global Compact, the world’s largest global sustainability initiative but was rejected because cannabis is still an illicit product in many U.S. states. When they applied, the World Health Organization had not yet voted on its recommendation to remove cannabis and cannabis resin from Schedule IV of the 1961 Single Convention on Narcotic Drugs.

“The big difference will be once the U.S. legalizes across the board – it will be huge,” she says. 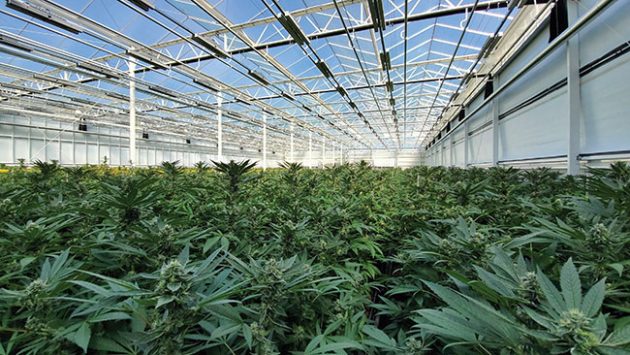 Good infrastructure
The size of Canada’s largest cannabis producers looks more differently today than it did three years ago at the onset of the green rush. Massive facilities once heralded as state-of-the-art greenhouses and indoor grow operations have been shuttered, sold off, or are in the process of being sold. While outdoor growing uses fewer resources than indoor growing, some producers, such as Canopy Growth, have abandoned outdoor cultivation as the market became flooded with product.

With an oversupply of product available, Canadian LPs continued with job cuts and facility reductions to streamline operations. In December, Aurora Cannabis halted operations at its Aurora Sun greenhouse in Medicine Hat, Alta. It is now up for sale. Its flagship operation, Aurora Sky, is reportedly operating at a quarter of the capacity of the 800,000-square-foot greenhouse in Edmonton – touted at the time of its construction as the largest cannabis production facility in the world.

“Sky was a purpose-built facility from Day One with a focus on efficiencies, and that was a core business decision,” says Fish. “The ability to use the glass roof to shade or open up and have that hybrid technology was a concerted choice. They built in ballasts for both HPS and LED lighting in the early days knowing they would want to evolve and experiment.”

Sky also had water tech built in early on. Condensation is collected off the glass that’s dripping down the walls, and repurposed along with any overflow irrigation water. Rainwater and snowmelt on the roof are also collected.

“We want them unencumbered for light, but we also want to capture as much snow and water on the facility and bring it back into the facility as well,” says Fish.

Aurora’s Whistler facility has been using LED lights since early on and a specific automated irrigation system to water plants on a needs basis. And while the Aurora Mountain facility has closed, a pilot project testing solar at that location provided some valuable learning.

“The solar array we invested in was an early business decision where the power purchase agreement was favourable. The team made the decision to invest in that and saw some savings as a result,” says Fish. “We’re not using wind or solar extensively. We found it was offsetting demand with the Mountain installation but not achieving 100 per cent of demand. We’ll continue to look for opportunities to add that to the mix as we mature and grow. With our portfolio of facilities, we can learn from each one and try to implement best practices wherever possible.” 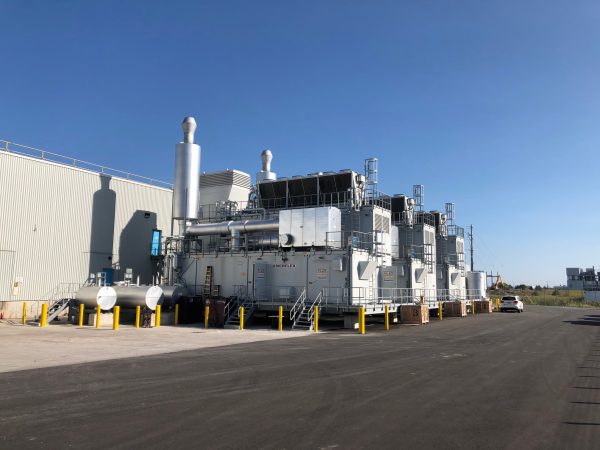 TGOD is not growing in Quebec right now, but it has a greenhouse that is on hydroelectricity. Cousineau points out the investment made in high-tech production will help with sustainability efforts in the year ahead.

“We built a rainwater recapture system and a large pond that holds up to five million litres of water, and our greenhouse is hybrid – the rooftop is glass so that we still have the natural light, but we can collect snow and rain, filter it and re-use it. The pond is usually enough to feed the plants,” she says.

“As much as we can, we want to use the sun because that’s what the plants want, and it’s the cheapest option,” she says. “But then, we get onto our microgrid for the rest of it, and we are also using smart tech to make sure it’s always at the perfect climate.”

Growing medium
TGOD uses living soil which can be reused for years, unlike other growing media like Rockwool, which often end up landfills.

“Most people don’t seem to realize that most cannabis don’t grow in soil – our soil is a secret recipe built by David Bernard-Perron, our VP of growing operations, and contains natural ingredients. We put the plant in charge instead of force-feeding the plant nutrients. If it needs something, the soil is fully nourished for the plant to pick what she wants. It also means landfill avoidance which is also huge,” says Cousineau.

Aurora, which uses Rockwool, has found ways of disposing of it, so it doesn’t end up in the landfill, Fish says.

“We’re learning more about how we can dispose of things more responsibly and come up with alternate paths. It should be something that goes back to the earth but because it’s in a form and sometimes plastic wraps around it that need to be removed. There are concerns about proper destruction from Health Canada, so we have to make sure what’s going to the landfill meets Health Canada’s requirements. There has to be some level of breakdown, and that’s what everyone is trying to sort out.”

Growing technology
Overall, the technology in the industry is improving very quickly, says Madison Walker, a spokesperson for Grodan, a division of Rockwool. The company works with some of the largest cannabis producers in Canada, like Canopy, Aurora and others.

“We’ve done studies in the Netherlands around produce – mainly tomatoes – and found that you can use 93 per cent less water using our growing media compared to traditional outdoor cultivation. If you look at other countries like the U.S., water scarcity is a concern. We want to help growers use less water, less nutrient solution and less greenhouse gas emissions and spend less money to grow their plants,” says Walker.

Walker says an area to watch is recirculating water systems which are becoming possible for many cannabis growers. “Technically, it’s been possible for a while, but now a lot more growers are practicing recirculation.”