One of the challenges cannabis growers face is a lack of rigorous, academic studies investigating the various aspects of their business. Lighting is an important example, since it is typically the highest single capital expenditure for indoor and advanced-greenhouse growing facilities. 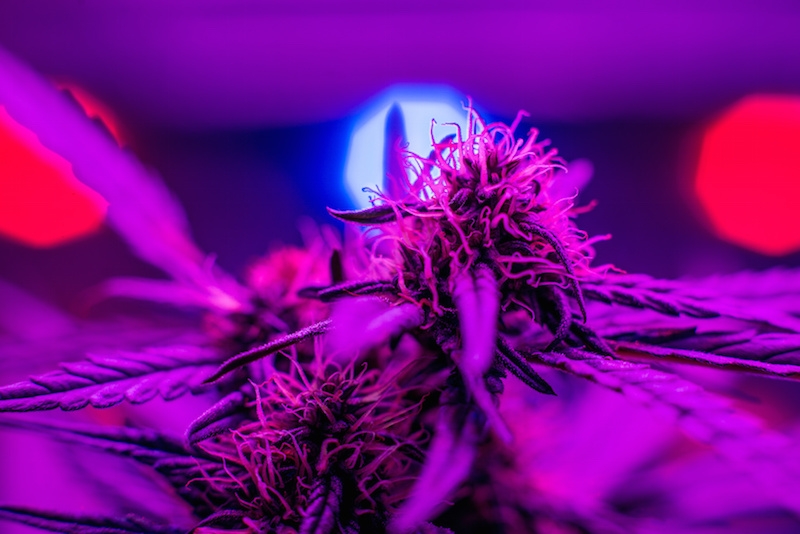 For this reason, Université Laval created its first research partnership with a licensed producer, Green Seal Cannabis Company in Stratford, Ont. The first goal of the partnership is to investigate the ROI of various lighting strategies. We have started, but not completed, estimates of the ROI of several lighting fixtures including 1000 W double-ended (DE) HPS fixtures and horticulture LED fixtures produced by BIOS Lighting, Fluence Bioengineering, Illumitex, P.L. Lighting Systems, and IF Lighting Co. Ltd (a LED start-up located near the Green Seal facility).

We are also analyzing the viability of a new type of electricity: digital electricity. It was invented by Voltserver, and it allows high-voltage electricity to be distributed safely using common communication cables. Its benefit is that a company can install electricity with the same low-cost installation practices as Ethernet cable except at hundreds of Watts per cable, thus potentially reducing the cost and increasing the speed of installing electricity. The product is not currently used in agriculture, but it is used across the world for Internet of Things (IoT) powering skyscrapers, NFL stadiums, international airports, and major hotel chains. The CEO of Voltserver is my brother. I have no financial interest in the company.

The HPS-LED debate: A historical perspective
The relative performance of HPS and LED lights is hotly debated across the cannabis industry. LEDs have been marketed as a means of reducing energy costs. But many growers believe that LEDs have lower canopy-penetration capacity, resulting in lower yields. This perception can be explained by past marketing strategies by LED companies. Producing and directing a photon to the plant canopy using a LED requires about 40 per cent less energy than an HPS bulb. So, to produce the same yield as a 1000 W HPS bulb, the LED would need to draw approximately 600 W.

Even just a few years ago, the cost of a 600 W LED was at least five times that of a 1000 W HPS.  So many LED providers sold 200 to 300 W LEDs and claimed they were equivalent to a 1000 W HPS.  This marketing strategy did lasting damage to the industry, as many growers tried these LED fixtures and found they produced significantly lower yields compared to HPS.  That perception still persists today, even though the efficiency of LEDs has increased to a point where true HPS equivalent LEDs are affordable.

Experimental design
As a benchmark, the first experiment we conducted compared the DE HPS to an off-the-shelf, full-spectrum, high-bay LED (HB LED) with a colour temperature of 3,000 Kelvin. The HB LED is mas-produced and used for things like lighting warehouses. Its purchase price is about twice the cost of DE HPS on a Watt basis, but with HPS bulb changes alone, the value is comparable over two to three years of operation.

LEDs offer the ability to place the light closer to the canopy without causing bleaching, thus directing more photons to the leaves. This quickly results in LEDs exceeding the production capability of HPS on a Watt-for-Watt basis. The HB LED is produced by HP Winner and are fully wet rated. Our eventual goal, is to benchmark the ROI of horticulture fixtures (LED and HPS) to mass-produced, white LEDs.

We created two treatments. Each treatment contained 32 Cold Creek Kush plants, distributed evenly across a 4×8 foot table. Both treatments were grown in one of Green Seal’s flowering rooms, received the same nutrient schedule, and were exposed to the same climate conditions.

In order to better maintain the same, realistic climate, we decided not to enclose the treatments. Thus, each treatment received some spill-over light from nearby racks, especially the HPS treatment, which was straddled by two, two-level rolling tables equipped with 1000 W HPS lights. We used a spectrometer to estimate the total daily light integral (DLI), so we could account for the spill over light.

We used a spectrometer to measure the DLI at the canopy level. Because the HPS plot was receiving considerably more spillover light from neighboring tables, the average DLI for the HPS treatment was only about 18 per cent lower than that for the HB LED treatment. The tables were movable, and the spillover value was not continuous. It is estimated over the entire grow cycle, based on the schedule of table movement that the HPS light intensity in terms of photosynthetically active radiation (PAR) was about 25 per cent lower then the LED.

Initial results
All the plants were vegged under HID lights for one week and then moved into the flowering room for nine weeks.  At harvest, the plants grown under the HB LEDs had more narrow internodes and were on average two inches shorter than the HPS treatment.  Moreover, the HB LED treatment resulted in buds that were markedly denser and reached maturity five days before the HPS treatment group.

We decided to harvest all plants when the HPS plants were ready. The dry flower weight of the HB LED treatment was about 15 per cent higher than the HPS treatment. That 15 per cent does not account for the fact that we could have harvested the HB LED treatment five days sooner. Nonetheless, we do not know how much weight was added to the plants during those five extra days. Finally, THC levels were higher for the HB LED treatment: 26.12 per cent compared to 25.19 per cent. These yield differences were statistically significant at a 95 per cent level.

Conclusion
The results provide initial evidence that an off-the-shelf, broad-spectrum, high-bay LED performs at least as well as a double-ended 1000w HPS fixture. This is important since the high-bay lights would cost less to operate than the HPS light. The LED fixtures cost about twice the cost of HPS on a Watt basis, but HPS bulbs need to be changed about once every 18 months whereas the LEDs should last at least eight years. Since LED lights can be placed closer to the canopy without causing bleaching, LEDs offer the potential to produce more yield for the same Watt input. The ability to increase yield rapidly makes up even a significant increase in light cost.

These results are not conclusive since there is always random variation in experiments like these, which is why we plan to replicate the test several times over the next months. Lastly, the Voltserver technology significantly reduced the speed and complexity of installing the lighting, and it operated well during the experiment. In a cannabis production facility even small increases in speed to market are highly valuable.

James Eaves is an agricultural economist and full professor of management at Université Laval (Laval University).