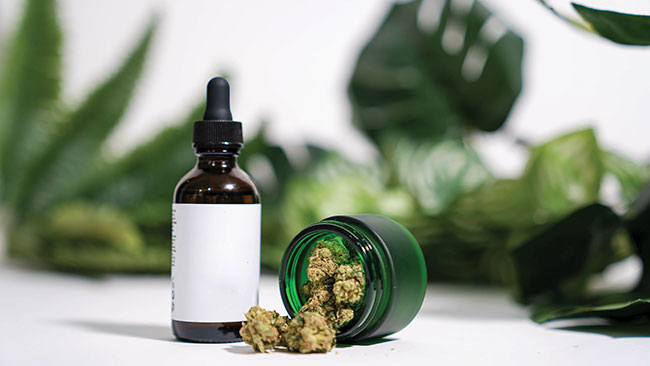 When the editors of Grow Opportunity told me that this issue would be about quality assurance and sustainability, I had a bit of trouble thinking of how that topic would fit into a ‘Legal Matters’ column.

Until I remembered Lisa Marie Langevin, and the tale of how a licensed producer’s (LP’s) reputation and bank account can take a hit based on quality assurance concerns, even if those concerns are not the LPs’ fault or ultimately turn out to be unfounded.

Lisa Marie Langevin lives in Calgary. In February 2020, she purchased cannabis oil manufactured by Tilray from a Canna Cabana location. Although the product was labelled as having 10mg/mL of THC, Lisa apparently did not feel any psychotropic effects despite her being a new cannabis consumer. While it is not uncommon for new cannabis consumers to feel “too little” or “too much” from cannabis, Lisa’s story takes a strange turn at this point.

She spoke with a friend of hers who has a PhD (in an undisclosed field) who suggested that Lisa should have felt some effects. The friend purportedly tried the product as well and felt nothing. From there, the two friends approached someone else they knew who had a PhD in biochemistry, and arrangements were made to have the product sent to a lab for testing. The testing is said to have revealed that the bottle only had 79 per cent of the THC that was listed on the label.

The adventure continued further from there, with the trio purchasing a number of other cannabis products and subjecting them to testing specifically to see if the THC potency listed on the various product labels actually aligned with what was in the product. At least seven other products were tested, which were manufactured by wide range of licensed producers, and were allegedly found to contain product whose potency level differed significantly from the information contained on the label.

As a result of the findings, Lisa launched a class action lawsuit against all of the LPs in question, asserting a number of causes of action (a ‘cause of action’ is a legal term for a set of facts that give rise to a particular type of claim that is enforceable by the courts). In this case, the causes of action include:

It is certainly worth noting that these are simply allegations thus far and they have not been proven in court. Copies of the defences from the various LPs will certainly contain their own side of this story and may also involve third party claims (i.e. a claim-over against a non-party which brings them into the lawsuit) against the packaging manufacturers.

Assuming that the testing results are actually as they are stated to be in the Statement of Claim, there are only two possibilities as to how this occurred.

The first possibility is that quality assurance controls slipped at the LP’s facility and that the product left the facility with a THC content far outside of what was intended and what was reflected on the label. Most would argue in such a case that any LP who allowed its controls to become so lax (voluntarily or intentionally) deserves what is coming to them in terms of cost and headache associated with the class action lawsuit.

The second possibility is that quality assurance controls worked as contemplated, that the product left the facility with a THC content that was within the legal tolerance levels of what was contained on the label, but that the THC content decreased over time due to leeching in the plastic bottles which held the oil. Many would argue in such a case that the LP was less blameworthy (if not entirely blameless) for the fact that the leeching occurred well after the product had left the facility.

The point of this column is not to establish whether the first possibility is more likely than the second, or even whether or not the facts alleged by Lisa will be likely to be established as true at trial.

Assuming the testing facts as set out in the Statement of Claim are true, regardless of whether that occurred due to possibility one vs. possibility two, each of the LPs in question now have to spend considerable time and money to address this issue, both in terms of future quality assurance/manufacturing and in the courtroom. Whether warranted or not, each of the LPs also took a blow to their reputation and credibility, which will need to be repaired and may have lost customers along the way.

The point of this column then, is to demonstrate that quality assurance is critical and the consequences of it slipping can be significant, even through no fault of the LP in question.