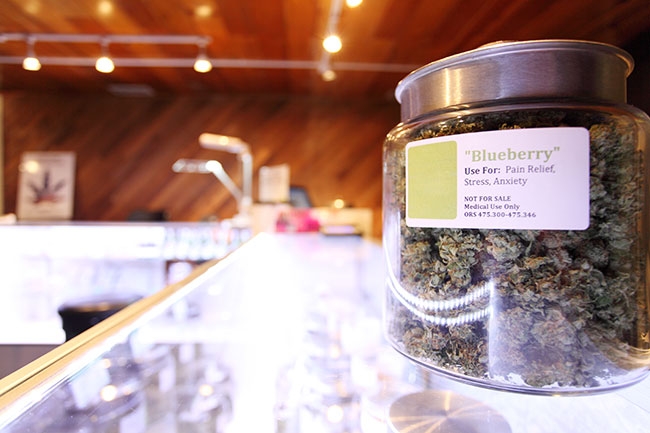 Below is an overview of what each has announced to date.

British Columbia
B.C. will offer its residents an opportunity to purchase recreational cannabis through either privately-run or government-operated retail stores and online sales. Publicly-run retail stores and the distribution of recreational cannabis will be facilitated by the BC Liquor Distribution Branch (LDB). Meanwhile, the Liquor Control and Licensing Branch will be responsible for licensing and monitoring retail outlets.  Retailers will only be permitted to purchase cannabis, wholesale, from the LDB and will not be allowed to purchase directly from licensed producers.

In February 2018, British Columbia released its “Cannabis Retail Licensing Guide.” The government announced it will launch an online application portal for private cannabis retail. Private retailers will not be able to sell cannabis online, but the government has stated that it may be open to allowing it in the future.

Alberta
Alberta will have private retail stores and government-operated online sales. Physical retail locations will be subject to government regulations and the terms of licenses will be granted by the Alcohol Gaming and Liquor Commission (AGLC). The AGLC will also be responsible for regulating distribution to all private retailers. It began accepting retail cannabis store license applications on March 6, 2018 and will continue to do so on a rolling basis. As of this writing, the AGLC has received approximately 140 applications.

To grant a license, the AGLC requires either a development permit approval from the municipality in which the cannabis store is to operate or municipal license approval. Communities in the province are in the process of drafting legislation and by-laws to allow for cannabis retail.

Saskatchewan
Retail will be privately owned in Saskatchewan. The Saskatchewan Liquor and Gaming Authority (SLGA) will grant 60 permits for 40 municipalities and First Nations. Initial allocation of permits will be for populations of at least 2,500. Larger communities will be allocated additional permits. Eligible First Nations and municipalities will have an option to opt-out of having a retail cannabis store in their community. Unlike many of the other provinces, wholesaling will also be conducted by the private sector. All wholesaling and retailing activities will be regulated by the SLGA.

Successful cannabis retailers will be required to operate a storefront and will also be able to sell online. Storefront operations must be completely separate from any other business and will only be permitted to sell cannabis and cannabis accessories/ancillary items.

Manitoba
The Liquor and Gaming Authority of Manitoba is responsible for licensing private cannabis stores in Manitoba (LGA). The LGA conducted a request for proposals which concluded in late December 2017. In February, Manitoba announced its conditional acceptance of four proposals. Final proposals will be contingent on reaching all of the necessary agreements and providing all required documents to the LGA.

The organizations that were selected to obtain licenses are the consortium of Delta 9 Cannabis Inc. and Canopy Growth Corporation; National Access Cannabis; Hiku Brands, through its wholly owned subsidiary Tokyo Smoke, in partnership with BOBHQ; and 10552763 Canada Corporation, which featured Avana Canada Inc., Fisher River Cree Nation of Manitoba, Chippewas of the Thames of Ontario, MediPharm Labs, and Native Roots Dispensary.

Ontario
In Ontario, cannabis sales will be publicly run by the Ontario Cannabis Retail Corporation, a subsidiary of the Liquor Control Board. The stores in Ontario will be branded as the Ontario Cannabis Store (OCS). The government has committed to operate 150 stores across Ontario by 2020.

All sales will be conducted via behind-the-counter service, where retail staff will be trained in properly identifying consumers and ensuring they are at or above the minimum age of 19.

The OCS will also offer online sales, announcing it will use Shopify as its e-commerce platform to facilitate all cannabis online sales in the province.

Quebec
In Quebec, retail sales will be publicly run and conducted by a subsidiary of the Societe des Alcools du Quebec (SAQ) known as the Societe Quebecoise du Cannabis (SQC). All distribution will be conducted through the SAQ. The plan is to have 100 stores after three years but the government has indicated it is open to making changes after a year into operation.

Six of Canada’s federally licensed producers – Hydropothecary, Canopy Growth, Aphria, MedReleaf, Aurora and Tilray – have signed letters of intent to supply the SAQ with cannabis for the recreational market.

New Brunswick has signed agreements with Organigram, Canopy Growth Corp, Zenabis, and Nuuvera Inc. for the supply of recreational cannabis in the province.  Canopy Growth will also be offering rigorous mandatory training for staff of all Cannabis NB stores.

These stores will sell cannabis, cannabis oil, cannabis seeds and accessories including grinders, hand pipes, vaporizers, and water pipes. The area where cannabis will be sold will be in a separate part of the store, where only individuals over the age of 19 will be permitted to enter.

The selection process for producers is well underway for the NSLC.

Newfoundland and Labrador
The province will also sell cannabis through private retailers. The process, which will be overseen by the Newfoundland Labrador Liquor Corporation’s Cannabis NL division (NLC), was conducted via a request for proposals. The RFP organized applications based on four different retail “tiers”: standalone stores; stores within stores (i.e. cannabis sales located in a segregated part of an existing retail operation); dedicated counters within existing retail operations; and behind-the-counter sales similar to the model for tobacco sales.

Initially, 41 licenses will be awarded. The RFP identifies a specific number of licenses to be given per geographic region. The application divides the regions by postal code and were to be submitted on that basis. Licensed cannabis retailer applicants should expect to be notified of the status of proposals on or before May 7, 2018.

The 41 licenses do not include four retail locations, which will be run by Canopy Growth Corp’s wholly-owned subsidiary, Tweed. Canopy committed to building a local facility by 2019 and will supply cannabis to the NLC prior to that by importing from production facilities elsewhere. In exchange, Canopy was granted four retail locations over and above the other 41 licenses that are to be awarded. The NLC has stated it is still open to additional supply agreements from other licensed producers.

Prince Edward Island
PEI will have publicly-run retail by the P.E.I Liquor Control Commision (PEILCC) in four standalone locations. The PEILCC will also offer online sales with next-day delivery to customer’s homes. The sites for stores have already been announced and will be located in Charlottetown, Summerside, Montague, and West Prince.

Prince Edward Island has signed agreements with Canopy Growth, Organigram, and Canada’s Island Garden for the supply of recreational cannabis.

Northwest Territories
Recreational cannabis will initially be sold through existing liquor stores operated by the Liquor Commission. The province believes these existing operations are best suited to sell cannabis as they are well versed in the retailing of controlled substances and mail order sales, which includes delivery safeguards. Rural areas or communities without liquor stores will have mail order cannabis available under the recreational market.

Nunavut
Nunuvut released its proposal on regulating cannabis in January 2018. The government is proposing to allow one or more agents to sell cannabis on behalf of the Nunavut Liquor Commission (NULC). The third party, once appointed, would be subject to strong public oversight and control by the NULC.

Accordingly, the government has indicated it will allow telephone or online sales for purchase and shipping to residents’ homes. A platform for these sales has not yet been decided by the government.

Yukon Territories
The Yukon Territories released a draft legislative summary of its Cannabis Control and Regulation Act. The proposed model will enact a Cannabis Licensing Board, which will be responsible for licensing private retail stores in the province.

The draft legislative summary indicates that any parties interested in becoming a licensed cannabis retailer in Yukon would be required to submit a license application to the Distributor Corporation (DC), which will be a role designated to either a new or existing public corporation. The DC will purchase and import cannabis to the territory for commercial retail sale and will wholesale product for private and public stores. It will provide e-commerce sales and delivery of cannabis.