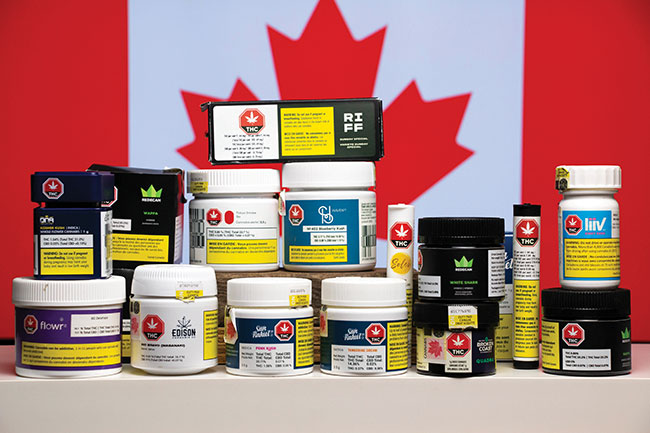 In less than two years since the legalization of recreational cannabis, there are currently over 1,000 cannabis retail stores open for business across Canada. Half of these stores can be found in Alberta, which got off to a fast start in awarding retail sales licences. In fact, some industry participants are of the view that Alberta’s retail market is now sufficiently saturated. Indeed, some stores in Alberta are already starting to close down for financial reasons.

Ontario, on the other hand, was significantly delayed in rolling out retail stores due to a number of government policy flip-flops and the decision to limit the initial number of licences and award them through two regulatory-dense lotteries. However, as of the beginning of 2020 when the provincial government finally opened the retail system up to the public, there has been a surge in applications and store openings in Ontario.

Notwithstanding the economic slow down caused by the COVID-19 pandemic (which also significantly impacted store operations), potential licencees’ ability to build-out stores has remained surprisingly strong and the time required to have licence applications reviewed and issued by the various regulatory bodies, including the Alcohol and Gaming Commission of Ontario (AGCO), has been, up until this point, arguably better than expected. As such, we have seen a tremendous amount of activity in the cannabis retail sector across Canada, particularly in Ontario.

Statistics Canada reported that the cannabis industry contributed $8.65 billion to the Canadian economy in May 2020. Of this figure, $4.66 billion was contributed by the legal market with the remaining $3.92 billion coming from the illicit market.

Interestingly, the monthly contribution from the legal market has steadily trended upwards over the past year while the monthly contribution from the illicit market has trended downwards over the same period of time. This is a good sign for Canada’s legal cannabis industry and is a trend that we expect to continue as access is improved due to more retail stores opening across the country, and the price at which cannabis is sold concurrently declining due to a number of factors including market pressure, improved cultivation efficiencies and a record number of cultivation licence-holders.

Based on the Ontario Cannabis Store’s annual report, which covers the period of April 1, 2019 to March 31, 2020, the median price of dry flower, which is still by far the most common way to purchase cannabis, dropped by approximately 25 per cent from $9.48 to $7.48 per gram for online sales, and from about $10.62 to $9.61 at Ontario’s physical cannabis retail stores.

Legal cannabis retail sales in Canada rose to $185.9 million in May, an increase of about 4.2 per cent from April. Although some months were up and others were down across the provinces, the trend is showing continued growth across the country. Canada’s legal recreational cannabis industry is presently operating at an annual run rate of approximately $2.23 billion. Sales growth has been supported by the multitude of new cannabis products that are currently available, including edibles, vapes, beverages, concentrates and topicals.

In Ontario, when the ability to apply for a retail licence was opened up to the public, the AGCO advised that it anticipated issuing up to twenty retail store authorizations (i.e. the license necessary to open a particular store location) per month.

Over the last few months it has become apparent that the AGCO is clearly capable of processing more than 20 retail store authorization applications per month. Indeed, in both June and July the AGCO fully processed more than 20 applications each month and is on pace to exceed that figure again in August. Unfortunately, the processing of an application has not equated with receiving a licence and allowing a new store to open.

This is due to the fact that the AGCO is only conducting five final inspections per week to ensure that no more than 20 stores per month are licensed. This has led to a large number of licence applicants being told to essentially “sit and wait” for a long period of time, despite the fact that for all intents and purposes their application has been approved and only requires a final inspection to ensure compliance with the regulatory requirements that govern cannabis retail stores. As of this writing, licence applicants who have successfully fulfilled all of the other licence criteria are being told that they can expect their final inspection in August of 2021.

The reason behind the continued existence of this cap on licences has yet to be adequately explained by the AGCO, the Ontario Cannabis Store or the provincial government, leaving many business owners incredibly frustrated and in a challenging financial position. Not only are applicants essentially obligated to carry the costs of their store through a lengthy application process, they are now being asked to continue to carry those costs for a lengthy period of time, while not being able to earn any revenue to cover those costs.

Although the retail landscape in Ontario is continually growing with well over 100 stores authorized to be open, the current manner in which licence applications are being processed has slowed the growth rate of the retail market in Ontario. The AGCO has advised that it continues to receive hundreds of new applications on a monthly basis. To date, there are over 600 applications for retail store authorization that are presently under review or subject to the public notice process.

Some have suggested that the Canadian cannabis retail landscape has room for up to approximately 4,000 retail stores. If this is the case we are only about a quarter of the way there. This then presents continuing opportunities for those who wish to participate in the retail cannabis market, whether it be a mom-and-pop operator looking to open a local neighbourhood store or a regional or national brand looking to expand. In that regard, since the Ontario retail system opened up to the public at the beginning of this year, we have seen a number of retailers who entered into contractual arrangements with past lottery winners to acquire the stores that were initially awarded to the lottery winners. This has been an opportunity for certain lottery winners to monetize and exit their businesses, and has facilitated a process whereby certain retailers have been able to quickly acquire these operating businesses and expand their footprint in Ontario.

Over the remainder of this year and into 2021, we expect to see continued growth in retail stores and related sales. We are starting to see innovative partnerships being developed between existing brands and large national retailers that have existing real estate assets and are looking to build-out cannabis retail stores next to or, in certain instances, as part of existing non-cannabis retail businesses, while still in compliance with all regulatory requirements. We are also seeing certain retailers launch private label products in partnership with federally licensed cultivators and processors. We expect to see these trends to continue to develop.