The Manitoba government has issued a request for pre-qualifications (RFPQ) to expand opportunities for retail cannabis stores in the province, Growth, Enterprise and Trade Minister Blaine Pedersen has announced. 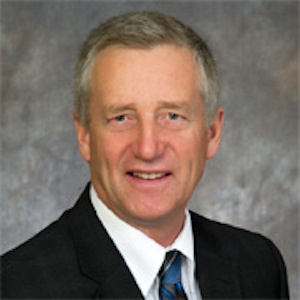 “To help eliminate the black market, our goal within two years of legalization is for 90 per cent of Manitobans to be able to access legal cannabis within a 30-minute drive or less,” said Pedersen. “Ensuring public health and safety remains our top priority. We believe cannabis sourced from federally licensed producers and sold by provincially licensed and regulated retailers will better protect the health and safety of Manitobans.”

Following an initial public tender that concluded earlier this year, the province selected four proponents that will operate over 30 retail cannabis locations. The minister noted this next RFPQ will help expand the initial number of retail cannabis stores to more communities in Manitoba.

“In proceeding with phase two of our retail strategy, we are keeping our promise to establish a competitive retail environment that creates new economic opportunities for all Manitobans,” said Pedersen.

The RFPQ seeks to establish a pre-qualification list of respondents capable of operating a retail cannabis store in a community that may be under-serviced after the first phase of the retail market is established. Retailers who submitted proposals to the initial public tender will be eligible for consideration on this list.

Pedersen noted Indigenous business participation is encouraged in the RFPQ.

“Unlike other jurisdictions in Canada, Manitoba’s hybrid model promotes opportunities for Indigenous participation in the retail of recreational cannabis,” said Pedersen. “With Indigenous partnerships in all four of our initial retail groups, this next phase is another positive opportunity for Indigenous economic development and success in Manitoba.”

The RFPQ will be available on www.merx.com and submissions will be accepted until Aug. 31.

Responding to the announcement, Manitoba-based licensed producer Delta 9 has already expressed its intention to apply for additional retail license to sell its products in the province. The company has already secured locations for its first four retail stores, two of them in Winnipeg, one in Brandon, and the fourth in Thompson. Delta 9 CEO John Arbuthnot says he doesn’t know yet how many retail stores will be allowed in the second phase of the program, but adds the company would be prepared to open up to an additional dozen stores in 2019.