Judges vote to push Alexandre Gauthier into the limelight this year as Origine Nature’s director of cultivation combines leadership and innovation. 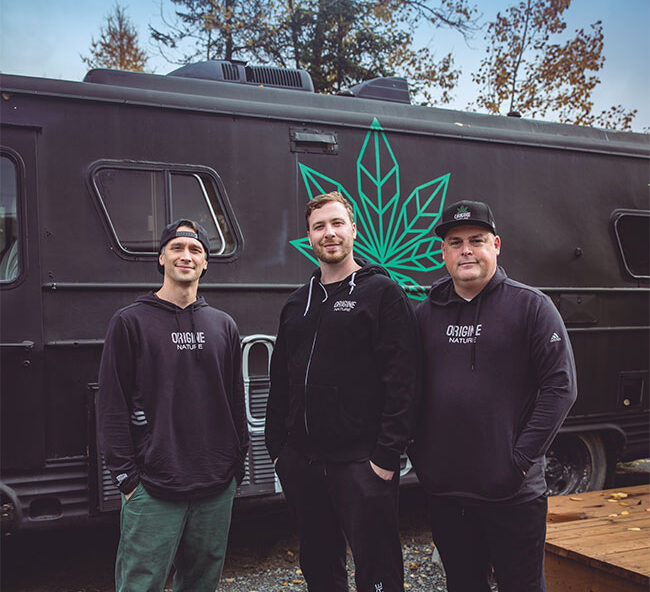 Origine Nature, Sainte-Agathes-des-Monts-based LP and thought leader of the Quebec cannabis community, reaches educational goals through government funded R&D, strategic partnerships with sustainability incentivized companies, and by embarking onto the global stage not only for provincial recognition, but for all of Canada.

Alexandre Gauthier, the winner of Grow Opportunity’s 2022 Top Grower Award, was raised in Montreal, understands the Canadian cannabis market, and is seeing to the stabilization of the market by driving a farsighted company with core values that match his own. According to the winner, Origine Nature seeks to leave behind a legacy rather than capitalizing in the short term, and to grow a family dynamic within the company and the cannabis community at large.

Gauthier’s most prominent message revolves around the shared victory that this award represents. Finding the right people and fostering a healthy work environment, where colleagues are eager to spend their waking hours and are looked after in the face of personal adversary, has established an admiral dynamic of close-knit individuals. Gauthier says that “showing someone you truly care about them is more than forty hours per week.”

Stacie Hollingworth, master grower at Safari Flower and panel judge for the Top Grower Award, also drew attention to Gauthier’s “dedication to education and knowledge sharing,” noting that he helps propel this industry forward by “elevating those around him and their understanding of the plant and process.”

Gauthier joined Origine Nature in 2020, at the same time they received their cultivation license, and quickly moved from master grower to director of cultivation and vice president of R&D.

Hailing from Montreal, Gauthier spent his formative years developing his passion for cannabis in Canada, as well as in Europe where he lived and learned about the intricacies of cannabis culture and cultivation in Germany, France, and the Netherlands.

Friends in Amsterdam assisted his personal growth as well, helping him to see that upon returning to Canada, his pursuit into medical and eventually recreational cannabis was still worthy of his efforts. Spurring this realization, too, was the substance abuse he witnessed overseas where 14- and 15-year-olds were regularly purchasing cases of alcohol, developing addictions and destructive behavioural patterns because opioids and alcohol were acceptable, while the consumption of cannabis was criminal.

“The defining moment in my life,” expresses Gauthier,“is that call I got from Aurora Cannabis to say I was hired,” which is something that occurred to a number of those pioneering in the legal space. “We got the call and we started crying. We called our moms and said, ‘mom, you can be proud that I finally have a legal job.’  It was really a turning point for us.”

From Aurora Cannabis in 2017 to Tidal Health in New Brunswick, followed by a brief stint at Montreal Cannabis, Gauthier finally landed at Origine Nature and has been leading the talented team ever since.

Consultant, cultivator, and Top Grower judge Jayson Goodale had this to say: “Alex exemplifies the evolution of legal cannabis cultivation through the application of data driven processes and techniques, alongside his passion for the plant, the industry, and his co-workers who assist Origine Nature in achieving success.” 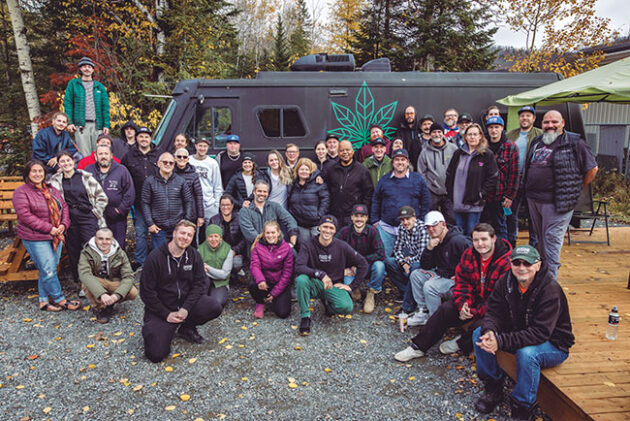 In addition to his work at Origine Nature, Gauthier teaches online courses in Europe — exemplary of his desire to distribute knowledge and share his passion.

He does not believe in hoarding information — “there’s no secret sauce,” he says. Only carefully formatted SOPs that he and his team follow and monitor closely. Origine Nature also plays by the rules and listens to the demands of clients and the needs of consumers.

When consulting with the SQDC Quebec retailer, the team asked what products they needed: “they said a sativa at five dollars, so that’s exactly what we gave them, and it worked,” smiles Gauthier. Due to the low cost of electricity, Quebec has a leg up as the province potentially producing the highest quality cannabis for the cheapest cost, at three cents per kilowatt of energy.

As director of cultivation, Gauthier’s team consists of five growers and one master grower. Currently there are seven cultivation technicians, and he predicts an eventual total of 12 — one grower for each of the 10 active commercial flower rooms and two R&D phenohunters.

In addition to the leadership and innovative traits upon which he was judged for the award, Gauthier has also dialed in the consistency of the grow at Origine Nature, the profitability of a small scale, 40,000 square foot space, and the ride-or-die team that’s making it all happen.

Mathieu Larverdure is the vice president of operations at Origine Nature and Adam Stoelting is the master grower. Christopher Arnold works as the alternate master grower while Karolane Leclerc takes on the role of head of propagation, caring for the mothers and the clones. Markus Ineichen is the scout and eyes of the operation — their IPM specialist.

While cultivation is the name of the game, the culture of the company is rooted in four core values that Adam Stoelting and Christopher Arnold both explicitly addressed: passion, family, street smarts, and social consciousness.

“We want our employees to feel great,” said Stoelting. “We are actively finding ways to cultivate a healthy work environment, whether that’s through free social programs, insurance, profit sharing, or monthly staff parties. Our culture is to kick ass and it shows with our staff!”

Checking off the social aspect of work culture, when it comes to the logistics that Arnold oversees, the consistency of their operation lies in the control methods.

At Origine Nature, the team uses colloquial “workhorse equipment from the 1990s,” which has been validated by an engineer and is running 24 hours per day, seven days a week.

“If something breaks down, we replace it within minutes,” says Gauthier. That’s because there’s no such thing as a weekend when it comes to cannabis cultivation, and none of the equipment is headquartered in, say, Germany. “If it breaks down, and you have to wait three days to replace it, the entire crop is lost,” he says.

Arnold uses a systematic approach to the controls of cultivation. He monitors everything and knows which parameters influence the crop. Here, proactivity rather than reactivity is key.

“If you react too quickly, you might alter something. A good master grower will systematically let problems go on until he has a solution,” Gauthier dishes.

This of course is difficult to do because of the elevated risk factor. But producers must understand the return on investment involved in finding real solutions rather than a band aid solution — the director of cultivation calls this, “the secret to consistency.”

The Canadian government provides annual funding to Origine Nature for the purposes of research and development. Dominique Laverdure, VP of marketing, established a collaboration with the Quebec organization Synergie Économique Laurentides. Together with Gauthier, they focus on innovative solutions to waste management, such as reusing industry inputs through a circular economy model.

Gauthier looks to see the stabilization of the industry that he suspects might realistically encompass the closure of some 40-to-70 per cent of producers in the coming 24 months, but more on point is seeing to the education of the consumers.

Once consumers find desirable medical and recreational products at price points they can afford, only then will more niche markets and products emerge, such as organics. For now, Canada is not the United States — there is no demand for 250-dollar 24k gold joints and biodynamically grown premium priced bud. The push is for more suitable price points and high-quality products, the success of which will eventually lead to benchmarking in the industry.

Gauthier suspects the Canadian market is well on its way to achieving these targets with the education of consumers, the dialling-in of operational costs and company workflow, and a lower THC value coupled with greater terpene profiles.

There will always be a need for high THC, like there is for 80 proof alcohol, but the market requires a standardized understanding of one unit of cannabis, “because,” he concludes, “when there’s a race for the highest THC, the only thing we’re promoting is drug abuse.”

Related
Data security for the cannabis industry
Understanding heat and humidity for bud growth and quality
Poll: How is your cannabis business coping with impacts of COVID-19?
Exploring strategic partnerships between LPs and cannabis breeders