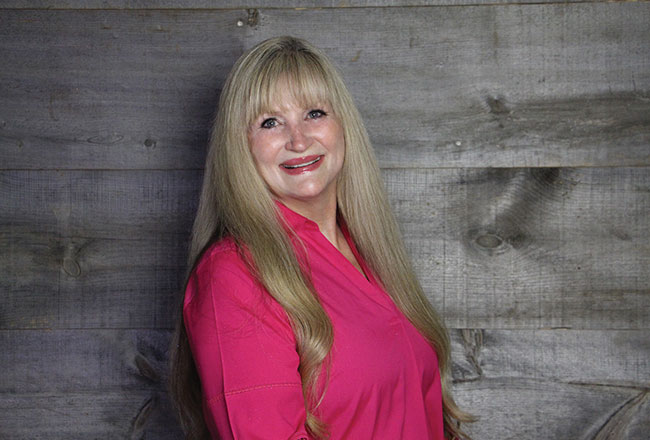 The cannabis space is open to interpretation, or reinterpretation, whatever the case may be, and there are as many ways to implement an operation as there are grower personalities and plant genetics in the space.

For Cheryl Wilson, the joy of rolling down the aisles of her indoor organic grow, while listening to melodic Gregorian chants and whispering to the plants their purpose — and her respect for them — has always been the seed of her operation.

“There are people in this industry whose motivation is money, and satisfying the investors, whereas I’m more interested in growing a quality product and helping people,” says the founder, owner, master grower and driving force behind KinHana, a Huntsville, Ont.-based LP that boasts an indoor facility growing anywhere between 1,500 to 1,800 plants.

Meaning golden flower, Kinhana took root in central Ontario for medical patients, specifically veterans in the area. With her small family team, which contracted in size with the arrival of the pandemic, Wilson produces organic honey, maple syrup, and now cannabis oil on her 250-acre central Ontario farm.

Well known in the community for her passion for helping veterans, Wilson began her cannabis journey a few years prior to legalization when an abdominal surgery left her with phantom nerve pain that buckled her knees.

She was offered opioids, which she promptly turned down, having seen the detriment of addiction firsthand. She then asked her practitioner to consider cannabis; though at the time, had no known source for acquiring the medicine.

“I grew up in Singapore with a very harsh, no drugs, rule of law,” Wilson says. “It was never part of my growing up experience; it was just so taboo. And then having kids, and “just say no” — it wasn’t something I was even interested in.”

The need for pain relief coupled with an instinctive self-reliant attitude unique to farmers hastened Cheryl’s decision to grow her own cannabis. “When I realized that the pain-relief I got was instant, I thought, I need to help other people. So that’s how I started into it.”

Wilson began her vocation as a cannabis producer by receiving her ACMPR license for personal medical cultivation purposes. She then submitted her commercial application to Health Canada, without the assistance of a consultant or other third-party members.

After 10 months she was a certified micro cultivator and started a family business with her two daughters growing hands-on in the facility, and her son as an occasional advisor.

Due to the pandemic, and her daughters returning to their original occupations, Wilson reduced the number of plants she was tending to by about half. 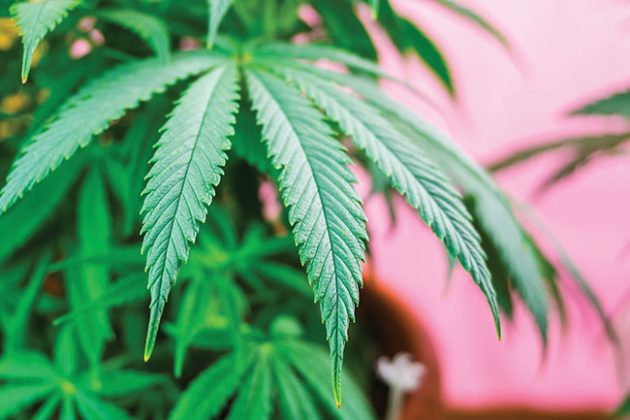 The fact of the matter is that Wilson decided she was going to apply for her commercial cultivation license long before federal legalization.

“I went and had my fingerprints done in June [2018],” she explains. “I started doing the preparation towards it so that when they legalized in October, I hit the submit button on December 31. I think I was one of the first in Canada licensed as a micro, and I was probably the first woman owned.”

With the current state of the bearish cannabis market in Canada, Wilson feels that having such a lean operation dedicated to her community rather than shareholders — coupled with her motivations to create the best possible product for her community — has only encouraged rather than hindered her business potential.

Wilson is now working to bring KinHana to the Ontario Cannabis Store (OCS) and is looking to expand interprovincially, at which point she will bring on new team members, offering any new positions, first, to her two experienced daughters.

Although she is eyeing potential expansion into the recreational market, Wilson’s main objective remains serving her close-knit community in Huntsville and surrounding areas, predominantly through word of mouth.

“I really have a passion for helping other people suffering with medical and mental issues that they need help addressing,” says Wilson, who, prior to cannabis cultivation, was involved in several other fields, from flipping houses to running a steel fabrication business, where she employed welders and machinists

Given Wilson’s work experience, she is used to working in male-dominated trades. However, and regardless of her femininity and natural affinity to the female plant, she does not find that there is much differentiation between herself and her male cannabis cultivating counterparts.

Despite being family, and more specifically, women owned and operated, KinHana functions with a high level of integrity on par with other commercial growers regardless of gender identity. Wilson finds that she champions the women as well as the men in this space.

“But it’s all fun and games until you actually have to roll up your sleeves and show something. So whether it’s male run or female run, I don’t know if it makes a damn bit of difference,” Wilson believes.

“My son’s a phenomenal grower as well and he advises me when I’m having a sticky issue. But still I’ve been ripped off by “suits”, and there are women in this industry that give us a bad name, too.”

“It’s indoor and I do all of it myself,” explains Wilson. “When it comes time to harvest, I do call some other people to help me with trimming, but as far as the growing, the watering, the turning in — just the day-to-day stuff — I do that myself.”

Wilson uses an organically amended medium in her indoor facility. She stays rooted in soil as she found that through experimenting with hydroponics, that it did not provide enough space for the root systems. She also recycles her soil and uses organic nutrients as well. “Black strap molasses is my best friend,” she says. “Black strap and kelp.”

During the latter half of the grow cycle marked by the shortened photoperiod of flower, Wilson spends three to four hours per day in the room hand watering everything. This way she ensures a visit with each plant. She plays music for them too, favouring Gregorian chants, and uses ceramic metal halide (CMH) lights and a CO2 input in the room.

“It depends on what needs to be done, but I usually go in and start by watering everything. I have a little rollie chair that I roll down the aisles and I clean up junk that’s underneath the plant,” she says.

“Having 1,000 plants on the floor, I can visit them individually, and over the course of the week I will get the whole room done; then I start on row one again. It doesn’t take a lot of time though because I’ve already planted them, so I just let the plant do what it does.”

At KinHana, nematodes are deployed in the cultivation methods. Wilson mitigates fungus gnat pressure with a variety of other controls, having once used diatomaceous earth but found that once the soil got wet, as it does daily in her operation, DE loses its ability to impair the insects.

“I used cinnamon for fungus gnats, and I found that that worked in the soil as a deterrent.”

Top dressing the plant with cinnamon powder proved to be an affordable and effective remedy for fungus gnats, but other than that, she has not had any other pesky intruders.

Wilson logs her data in a journal which she developed during COVID and is now marketing online. Her grow journal helps growers keep track of and later reflect upon those methods that worked and those that didn’t, which strains were challenging, and which would she grow again.

The efficacy of her unique journal  functions because of the various cultivars that she produces.

“I love growing balanced strains that are 1:1 — the veteran community really likes that,” she asserts. “I’ve got one product that I brought in from my ACMPR days and it was 5.5 percent THC to 7 percent CBD. It’s the CBD that does very well for them. I also have fun with the ones that get really frosty, like Black Dorado. I’ve got Wedding Cookie in the grow now, that’s a nice little short, fat indica. It does very well in my growing technique.”

Wilson produces oils and topical products for her patients partly because she does not encourage smoking as the main delivery method. She creates cosmetic skin care topicals as well as those used for pain remediation. Some of her more luxurious ingredients, include frankincense and myrrh essential oils, rose hip and grape seed carrier oils, and vitamin E.

Cheryl Wilson is fulfilling her dream of cultivating cannabis for her own purposes and for those in her surrounding community. Due to the pandemic, her production rate has nearly halved, however her overhead and workload remain relative to pre-pandemic statistics.

While she may enter the OCS and expand her team once more, this is not her core motivation. She is able to go from seed to sale — growing, feeding, packing and shipping her products entirely herself — while securing abundance and feeling satisfied, to boot.

The cannabis space is open to interpretation, or reinterpretation, whatever the case may be, and there are as many ways to implement an operation as there are grower personalities and plant genetics in the space.

For Cheryl, the delight of serving up alternatives to potentially lethal pharmaceuticals is in alignment with her outlook and more recent embrace of the cannabis plant — the joy she elicits from which will always take precedent over lust for capital or the growth of her operation.

Simply put, this ensures that her loving attention will remain allocated in the grow room rather than delegating from the boardroom.