NanoSphere Health Sciences, the biotechnology company behind the patented NanoSphere Delivery System, has partnered with Delta 9 Cannabis INC to bring products from its cannabis brand, Evolve Formulas, into the Canadian market, a statement from the company said. 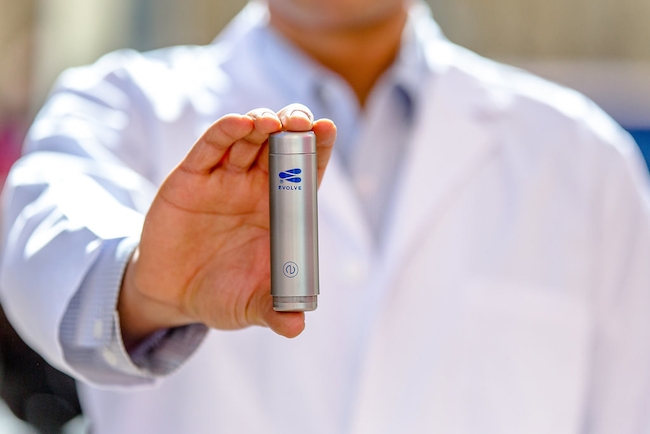 Recently awarded a U.S. patent, NanoSphere has just been granted market exclusivity over the standardized delivery of cannabis into systemic circulation through phospholipid nanoparticle technology. The new patent complements NanoSphere’s previously issued patent covering the core technology behind the production of the NanoSphere Delivery System.

The delivery system works by nanoencapsulating active ingredients in phospholipid membranes for transportation through the skin and mucosa into the bloodstream within minutes. Cannabis applications of the technology include transdermal viscous gels, intranasal products and intraoral products, all of which provide rapid results, precise dosages and high bioavailability. This cutting-edge advancement eliminates the need for inhalation or ingestion of cannabis, offering users a safer and more effective method of consumption, NanoSphere said.

Delta 9 and Nanosphere have signed a memorandum of understanding that cedes the master license for Nanosphere’s patented technology to Delta 9 for all of Canada. Delta 9 may also sub-license the technology to other licensed producers under the ACMPR. Delta 9 is a licensed producer of marijuana and operates an 80,000-square-foot production facility in Winnipeg. This is NanoSphere’s third licensing agreement of 2018, having recently announced partnerships that will bring its Evolve Formulas products to both California and Arizona.

“Delta 9 shares NanoSphere’s vision for bringing innovative and reliable products to market for recreational and medical consumers alike in the only G7 nation that has legalized cannabis for both purposes,” said Robert Sutton, chairman and CEO of NanoSphere Health Sciences and Evolve Formulas.

Sutton adds the Delta 9 partnership will allow his company to bring its patented products to the international market.

“NanoSphere has developed the most scientifically advanced and medically appropriate delivery systems we’ve seen for cannabinoids on the market. The lack of a standardized delivery system has been the single greatest impediment for doctors who would otherwise prescribe cannabis for various medical conditions. We haven’t seen anything in the market today that can match the Nanosphere Delivery System for safety and precision of dosage,” said Delta 9 CEO John Arbuthnot.

Under the agreement, Delta 9 and NanoSphere will each receive 50 per cent of the net revenue from sale of Evolve Formulas products. The initial term of the agreement is 36 months following the date of the first commercial sale of licensed products. Delta 9 is also bound to apply to Health Canada for authorization to distribute Nanosphere products.