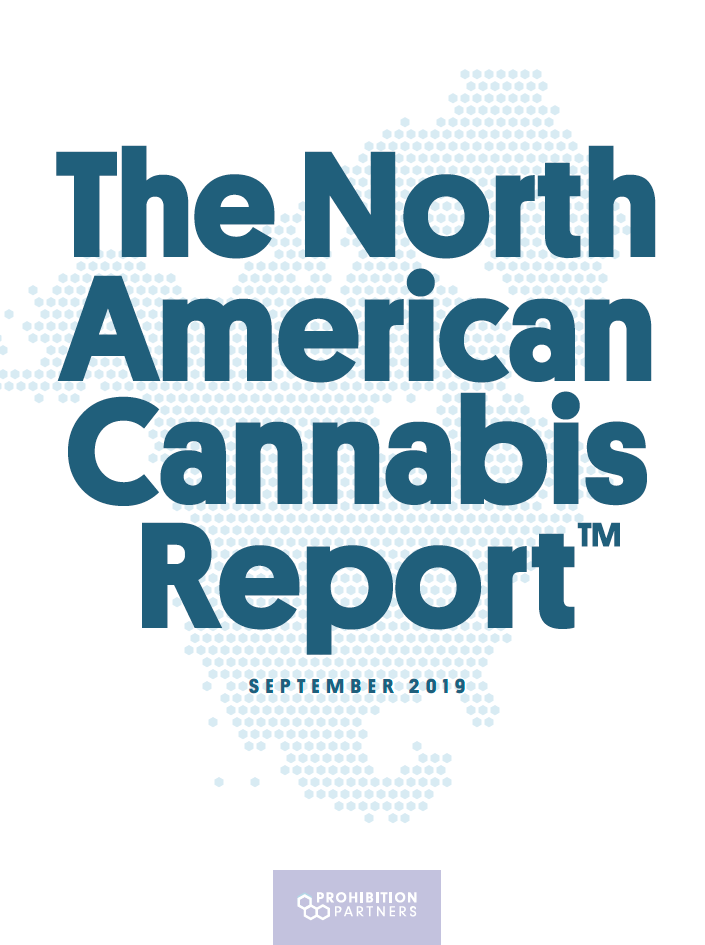 The Canadian cannabis market is projected to be worth $3.4 billion in the next five years, according to an industry report by Prohibition Partners.

This international research firm released a new North American Cannabis Report on Sept. 3 that analyzed the state of the cannabis industry in Canada and the United States with consideration of its international market influence.

As Canada looks to cement its position as a global industry leader, the report said the country could expect up to a 33 per cent increase from its 2019 estimates. Megan McCrae, board chair of Cannabis Council of Canada and vice-president of marketing for Aphria Medical Cannabis, believes wellness products are the future of the industry.

“I believe that the wellness category represents a massive opportunity – that is, once regulations allow it to be treated as such,” said McCrae. “CBD-infused products are known to provide many benefits, from anxiety and pain relief to sleep support… I’d love to see a world where CBD/wellness products are sold alongside vitamins and supplements, and not through a dispensary.”

Medical cannabis is said to dominate value sales in 2019, accounting for 60 per cent of the total estimated market value. The report also cites Statistics Canada which found that about half of Canadians who reported using cannabis in 2018 said they did so for non-medical reasons, while one quarter said they used it for medicinal purposes.

Still, 70 per cent of medical cannabis users are more likely to use it daily or almost daily, according to StatsCan. They are also more likely to report spending on cannabis than non-medical users.

A 2018 survey from Health Canada looked at consumption of medical cannabis users and found that a licenced producer saw a 14 per cent increase in cannabis oil sales from 2017. Liquid concentrates and tinctures were up by about 10 per cent, while topical ointments and vape pens saw about 7 and 5 per cent increase respectively.

Preferred product formats are also influencing product innovation and strategic development among Canada’s industry leaders. In anticipation of further legislation to approve the sale and production of edibles, extracts and topicals, companies are funding large research and development initiatives to meet consumer demand.

The North American report highlighted companies like Molson Coors which is developing CBD-infused beverages, and Cronos Group and Technicon which is looking at a range of transdermal cannabis products.

“We believe that the potential applications of cannabinoids to regulate skin health and treat skin disorders are vast and we are excited to begin exploring these applications through our partnership with Technicon,” said Cronos Group CEO Mike Gorentstein.

The North American Cannabis Report predicts that Canada’s market valuation explosion is ending. The report refers to a Statistics Canada report that showed producer prices which are down 10 per cent and falling steadily since 2015 as more companies come to market.

The report cited Aurora Cannabis Inc. which experienced a 21 per cent drop in the average selling net price of dried cannabis and a 25 per cent drop for extracts in fiscal 2018.

“Cannabis legalization is proving to be a double-edged sword for start-ups in Canada,” said the report. “On the one hand, sales growth can be robust, but the downside is high taxation and regulatory costs.”

Aurora Cannabis posted a 430 per cent revenue rise in its fourth quarter in 2018 but it also stacked up a net loss of CA$238 million.

StatsCan reported that the average price of a legal gram of medical cannabis was CAD$9.70 at the end of fiscal 2018, while the black-market price was CAD$ 6.51. The report highlights the continuing consumer attraction of the black market.

The report takes a deep dive into Canadian companies that are forming partnerships with international production and distribution platforms. The one of the most significant investments for the industry came from a recent partnership between Fire & Flower and Alimentation Couche-Tard Inc.

Tilray also announced that it will be working with Sandoz AG, owned by Swiss drug company Novartis AG, to develop and distribute medical cannabis worldwide.

“North America has a real opportunity to show the world the right approach to the legalization of cannabis, both for medicinal and recreational use. Canada provides a great example of how to do it right from a regulatory standpoint,” said Zenabis CEO Andrew Grieve.