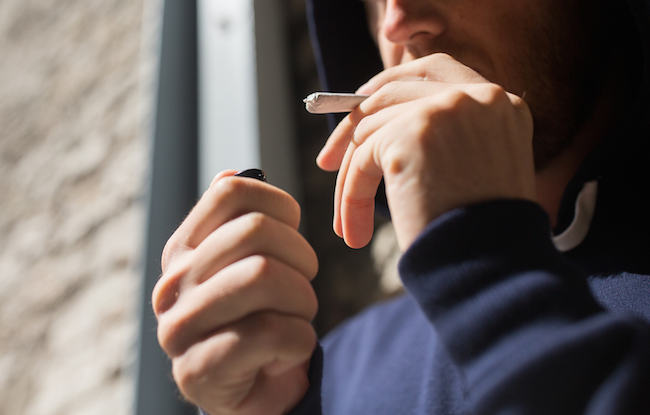 Ontario is set to get 50 more cannabis stores starting in October, and applicants will have to first show they have their finances and retail space ready to go.

The announcement came as some of the first 25 of the province’s legal pot shops that were supposed to open April 1 are still not up and running.

Those initial retailers were chosen through a lottery to open Ontario’s first brick-and-mortar cannabis and that lottery system has faced criticism for not including a merit component.

The Alcohol and Gaming Commission of Ontario (AGCO) will hold a new lottery on Aug. 20 for the next 42 retail store authorizations. Another eight stores will be located on First Nations reserves through a separate process.

For this lottery, applicants will have to show evidence that if they are selected, they have already secured retail space that could be used as a store and that they have enough capital to open it, the AGCO said, noting that a bank letter confirming access to $250,000 cash and another confirming the ability to get a $50,000 standby letter of credit would be needed.

One licensed cannabis producer said the latest initiative will position the industry for significant sales growth in Canada’s largest province.

“After the first 25 stores began to open in Ontario, the industry saw overall sales of cannabis basically double,” Avtar Dhillon, executive chairman and president of Emerald Health Therapeutics said in a statement.

“Adult-use consumers are showing a preference for going into a physical location where they can interact with educated, savvy budtenders and we anticipate that the further expansion of physical stores in Ontario and Canada will strongly serve the growth of legal cannabis sales.”

The Ontario government had decided on an initial round of just 25 stores, citing national supply issues, but that appears to be easing.

“Our government is continuing to take a responsible approach to opening cannabis stores across Ontario, allowing private sector businesses to build a safe and convenient retail system to combat the illegal market,” Finance Minister Rod Phillips said in a statement.

“With marginal improvements in national supply, we are proceeding to issue up to 50 new cannabis store licences.”

Attorney General Doug Downey said in a statement that a phased approach is still necessary.

“While the federal supply issues persist, we cannot in good conscience issue an unlimited number of licences to businesses,” he wrote.

Omar Khan, a vice-president with Hill+Knowlton Strategies who advises several clients in the cannabis industry, said the announcement is a positive step, but called for further action.

“If the government wants to eliminate the illicit market they will need to ensure that consumers are able to access legal product offerings conveniently and in a timely manner,” he said in a statement.

“This means moving aggressively towards an open licensing system as soon as the national supply situation permits, and working with the private sector to significantly improve the current online customer retail experience.”

The 42 new stores selected through the lottery will be distributed regionally, with 13 in the city of Toronto, six going to the Greater Toronto Area, 11 in the west region, seven going to the east region, and in the north, one each in Kenora, North Bay, Sault Ste. Marie, Thunder Bay and Timmins.

Stores will be allowed to open in any municipality regardless of population if the community did not opt out of having cannabis stores.

The process for First Nation stores will start this month on a first-come, first-served basis. The relevant band council must approve the location of an on-reserve store. The pre-qualification rules for prospective lottery participants don’t apply to those looking to open an on-reserve store.

– with files from Armina Ligaya.