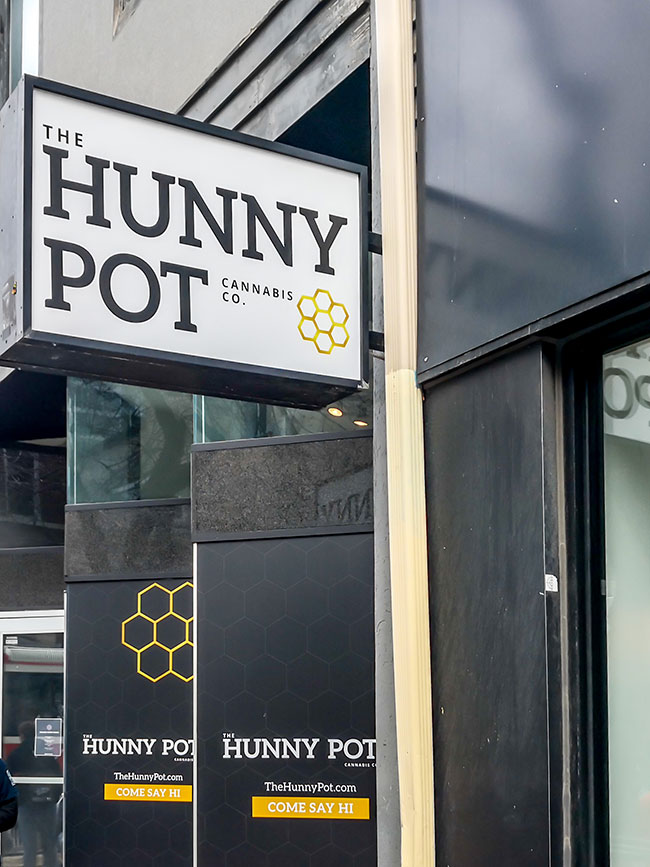 More than a year after winning the chance to open one of Ontario’s first cannabis stores through a provincial lottery, Lisa Bigioni has walked away from her Niagara Falls pot shop.

The store had become like a second home and it was painful to leave, but Bigioni wanted to make good on a deal she signed with a large cannabis brand that helped get her shop up and running under the tight deadlines set by the province.

“(Choom Holdings Inc.) offered a whole bunch of expertise that I needed after the lottery, but then in exchange for that, they said, ‘we’d like to buy your store when the time is right.’ The time came and there was a great deal on the table, so here we are,” said Bigioni, who sold to the Vancouver-based company in April for $2 million in cash and $2 million in common shares.

She’s using the proceeds to open her own Stok’d cannabis store chain.

The Alcohol and Gaming Corporation of Ontario, which oversees cannabis retailers, couldn’t say how many of the first lottery store winners are still associated with the shops they opened, but The Canadian Press has counted several that have changed hands – and experts say more are likely to follow.

Such sales are being replicated by several of Bigioni’s 24 fellow lottery victors from round one, who were not allowed to sell their stores until last December, and 42 from a subsequent lottery.

Fire and Flower has already scooped up two stores in Kingston and Ottawa, High Tide landed two in Sudbury and Hamilton and Canopy Growth Corp. got in on the action too.

Cannabis retail licences held by lottery winners technically cannot be transferred, but the stores can be taken over by new owners if the buyer applies for and is granted a new licence and authorization to operate the location.

For many of the lottery winners, selling is a no-brainer.

With one transaction they can make millions and rid themselves of the challenges of supply and security, regulatory changes and general hiccups that have come with owning a business in a newly legal sector.

The cannabis companies clamouring for the properties have a lot to gain too.

Many are battling it out across Canada to grab as much of the bricks-and-mortar market as they can. Stores already operating are ideal because they have some name recognition with consumers and save buyers the time and headaches associated with building from scratch.

Canopy-backed Tokyo Smoke signed a deal in May with lottery winner Christopher Comrie, who operated Central Cannabis in London, Ont., but was based in Toronto.

Tokyo kept Comrie’s staff through an agreement, but chose to switch up the store’s branding and layout.

“The entire process probably took about three weeks in total, and required us to close only for one day, which ended up being a holiday, so it worked out quite well,” said Gallagher.

The experience was so positive that she says taking over more properties from lottery winners “is not off the table,” especially as Tokyo looks to “aggressively” expand.

However, not everyone is in the selling mood.

Hunny Gawri, a realtor who runs the Hunny Pot Cannabis Co. store in downtown Toronto, is keeping his business. He remembers having to turn his phone off after winning a licence in the lottery because so many cannabis brands wanted to partner with him with the potential to buy later.

“A lot of people won the lottery without the resources or the skillset to be able to execute on it and there was a lot of people that were chomping at the bit that had laid the groundwork to be able to roll out a retail chain or were already doing it on the West Coast,” recalled Hunny Pot spokesman Cameron Brown.

“But striking a deal and going with these other brands was not really what Hunny wanted to accomplish.”

So Gawri stuck with his first store and added another five across Canada – all run without partnering with a bigger player.

Brown believes the next six months will be interesting for cannabis retail in the province.

The AGCO said it has received 1,066 retail operator licence applications and 892 retail store authorizations – both necessary for opening a cannabis store. So far, 116 stores have opened across the province.

Some shops just won’t open because of the length of the approval process and the costs and challenges of running a store, said Brown.

Others, he predicted, will close.

Corey Gillon, the chief executive of Choom, believes Ontario will still see deals like the one he struck with Bigioni, who was a director at the University of Toronto before getting into the cannabis business.

Choom hasn’t bought properties from Bigioni’s fellow winners or from the winners of a second lottery because Gillon said some of the numbers being tossed around have not made sense from a payback or performance perspective.

He believes opening stores from scratch is the best model for Choom overall, but still said, “we’re going to see consolidation in the space.”

Brands with several stores may look to expand their footprint by reaching deals with people who only own one or two shops, he said.

“I think there are opportunities and people are already realizing that.”