Organigram recently announced its Q2 results which include a record net revenue of $26.9 million. 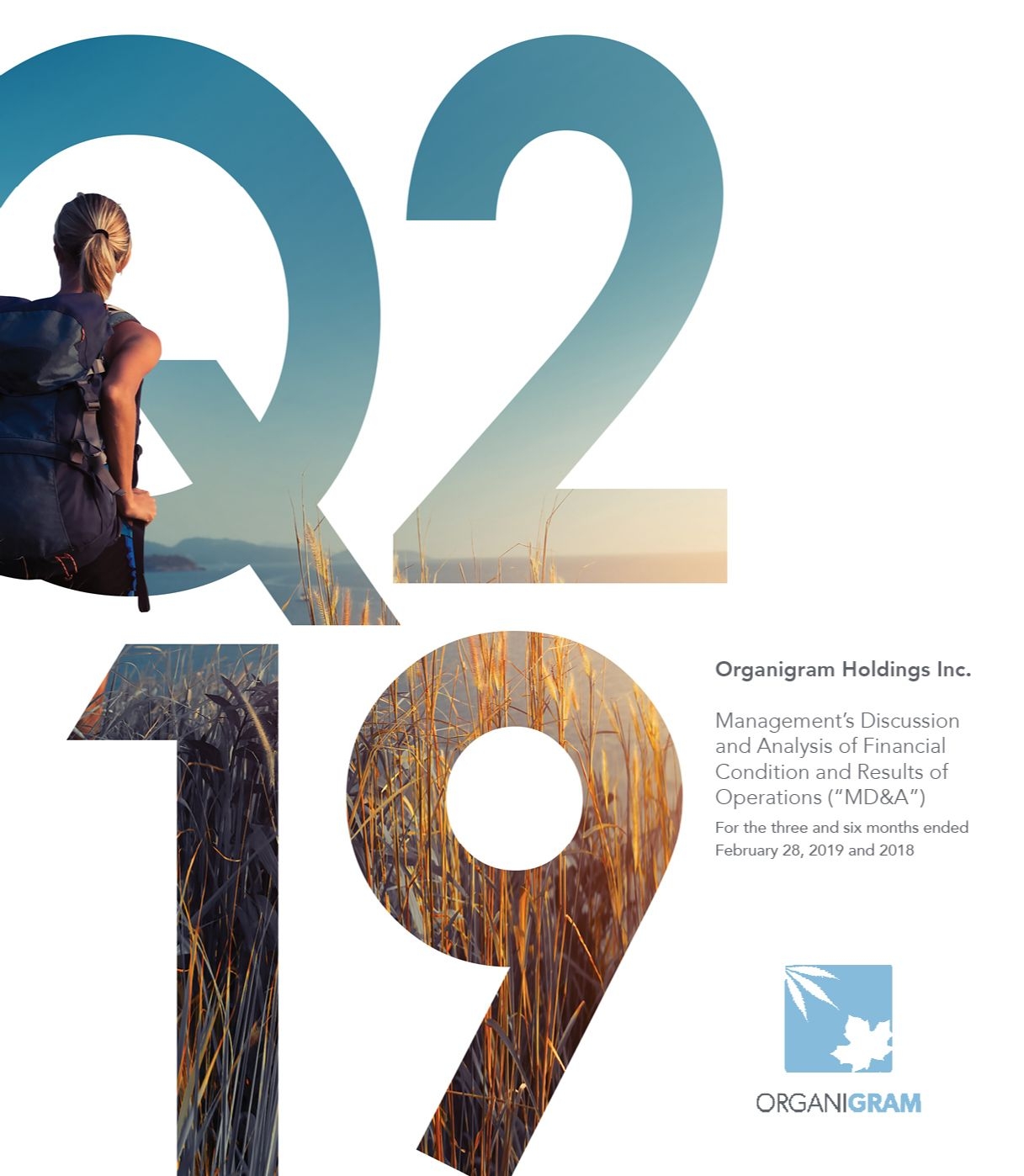 Highlights include gross revenue of $33.5 million which, “increased exponentially” from the same prior year period (Q2-2018) along with the record net revenue.

Adjusted EBITDA of $13.3 million or 49% (of net revenue) was positive for the third consecutive quarter and increased from adjusted EBITDA loss of $0.3 million in Q2-2018 driven by exponentially higher unit sales.

“For the second consecutive quarter, our results reflected operational excellence which translated into record revenue for the company, industry-leading adjusted gross margin, and positive adjusted EBITDA,” chief executive officer Greg Engel stated in a release. “Our team has already progressed several key initiatives in preparation for the derivative and edibles launch in the fall of 2019.”

Phase 4 production expansion
The Phase 4 expansion of the Moncton facility will add 92 incremental grow rooms in stages and construction is anticipated to be complete by the end of calendar 2019.  Additional grow rooms are expected to more than triple current production capacity to 113,000 kg per year5 from 36,000 kg/yr, once it is complete.

Organigram said it submitted an amendment to its license to Health Canada for the entire perimeter of Phase 4a and Phase 4b as well as for 13 of the Phase 4a grow rooms in March 2019.

Organigram said it has already begun cloning for these initial 13 rooms. The expected capital cost for the entire Phase 4 remains unchanged from Q1-2019 at approximately $125 million and Organigram spent $27 million on this Phase in Q2-2019.

Phase 5 expansion under refurbishment
The company owns an additional 56,000 square feet within its existing facility which became available for its use in March 2019 and is currently being refurbished and designed under European Union GMP standards for additional extraction capacity, its own derivatives and edibles facility and additional office space.

Organigram expects primary construction on Phase 5 to be substantially complete by October 2019.  The initial capital cost estimate is approximately $48 million.