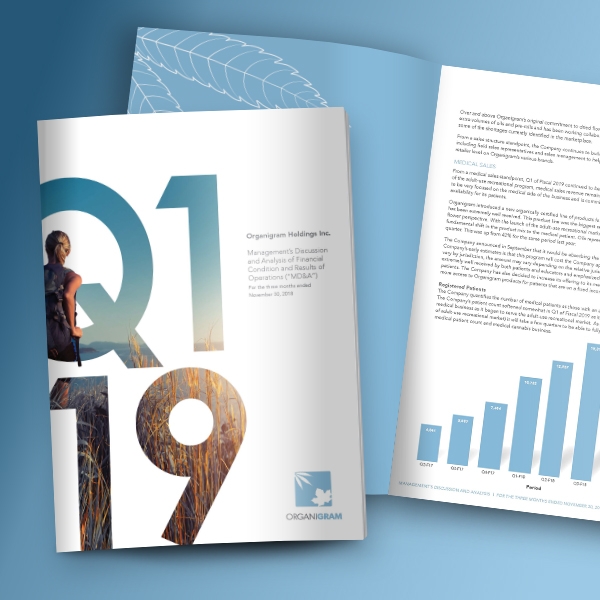 Net revenue reached a record $12.4 million, up 287 per cent sequentially quarter-over-quarter, according to the report.

“The first quarter of 2019 is just the start of what we expect to be a year of tremendous growth,” said Greg Engel, Organigram’s chief executive officer. “We’ve always believed the Moncton campus would be a competitive advantage for us being able to produce high-quality indoor-grown product at a low cash cost of cultivation. Our first quarter results confirmed that as we reported an adjusted gross margin of 71 per cent.”

The company’s net revenue for the quarter was limited by post-harvest (extraction, packaging, excising and labeling) capabilities which it said it aggressively looks to augment and gain greater efficiencies on.

Engel said the company is preparing for the derivatives and edibles launch in fall 2019.

Expansion plans
The budget for Phase 4 of Organigram’s Moncton campus expansion has increased from the original $110 estimate to $120 to $125 million due to the increased cost of steel, the timing of winter construction, and expedited timelines.

Organigram is currently focusing on becoming an official supplier in the province of Quebec which, if completed, would secure distribution for Organigram in all 10 provinces.