"To establish a brand in any industry takes years," said Charles Taerk, president and chief executive officer of Faircourt Asset Management Inc. "Everybody needs time to establish their brands." 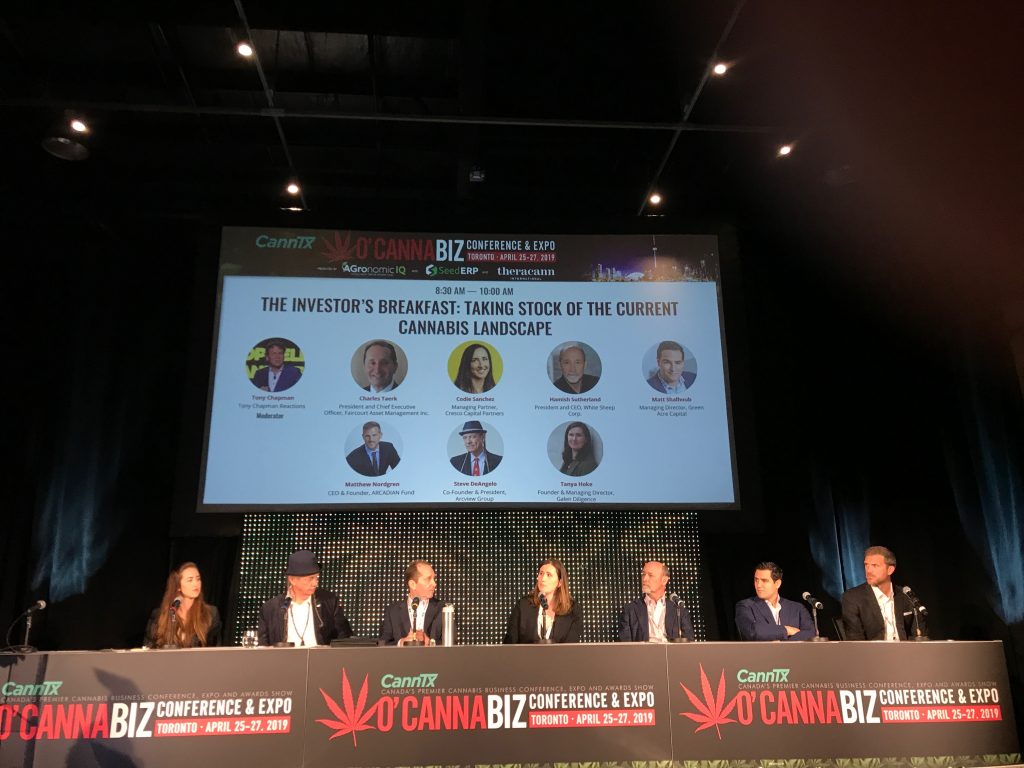 A shot of the the exclusive Investor's Breakfast event at O’Cannabiz 2019.

Taerk was one of eight panelists who spoke to a room full of investors that wanted to know what’s next now that legalized Canadian cannabis, “the biggest investment story of the year,” has made its entry.

Grow Opportunity attended the exclusive Investor’s Breakfast event at O’Cannabiz on April 25 where panelists discussed the current cannabis landscape and offered advice to investors in the room.

“What needs to happen that I haven’t seen in the industry is there needs to be a consolidated effort to go the government and educate them,” said Codie Sanchez, managing partner at Cresco Capital Partners on what policy efforts need to take place.

On collaboration with big pharma, Sanchez said “big companies should be scared.” She said big companies are trying to figure out how to invest in the cannabis space and if they don’t, they’ll be left out.

The pharma industry has enough money to impose its will on the cannabis industry, noted Hamish Sutherland, president and chief executive of White Sheep Corp. “[Cannabis is] already a $50B industry in the U.S. If you de-stigmatize it, it’s going to be $150B, but folks are not ready for that,” he said.

“The reason there’s not enough sales channels with the U.S., is because there’s still a real stigma that attaches to it,” added Steve DeAngelo, co-founder and president of Arcview Group. He said the cannabis industry should focus on bringing down that stigma.

Matt Shalhoub, managing director of Green Acre Capital closed the panel by saying, “Huge revenue growth will happen in Canada, but it’s not going to happen in the next quarter or two.”

Session Takeaway: De-stigmatization of cannabis is the key to unlocking even more investment opportunities in the market.