February 3, 2020
By Ugo Giguere and Christopher Reynolds, The Canadian Press

February 3, 2020By Ugo Giguere and Christopher Reynolds, The Canadian Press 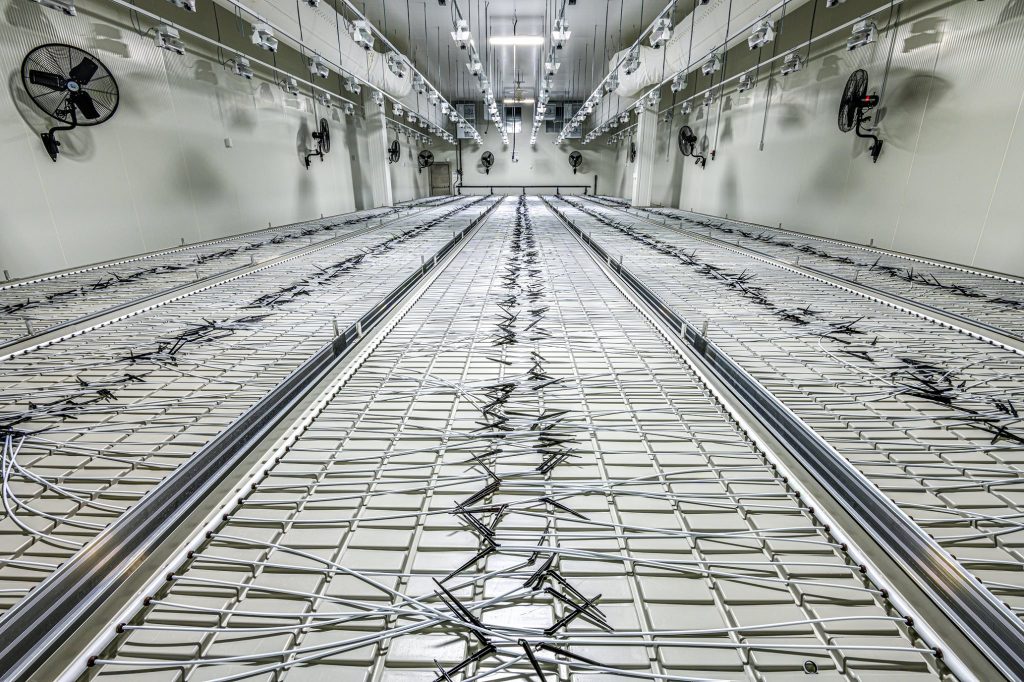 MONTREAL – Cannara Biotech Inc. announced Jan.31 it has received a cannabis licence from Health Canada, allowing it to start growing at its facility in southern Quebec amid a tightening market already crowded with big Canadian producers.

The green light means the Montreal-based company can sell pot for medical purposes, though longer term it has its sights set on Quebec’s recreational market.

To that end, Canarra is building what it says is the province’s largest indoor cannabis cultivation facility – about 58,000 square metres, more than three times the size of the Montreal Canadiens’ Bell Centre arena.

The operation, which aims to leverage Quebec’s low electricity costs, sits about 60 kilometres southeast of the city in Farnham, Que.

Chief operating officer Barry Laxer said cultivation will begin within days at phase one of the site, which is about one-quarter of the size of the planned facility, projected for completion in 2022.

“What we have built is the most modern, 100 per cent indoor cannabis plant in Quebec,” he said in a phone interview. “It’s a laboratory, it’s a factory. It is not a greenhouse.”

The company, having invested between $35 million and $40 million in the business, plans to apply for a recreational licence within five months, he said.

“All of our planning is aimed at producing for the recreational market. Our first goal is to start negotiating with the SQDC because it is the first client that we want to do business with,” Laxer said, referring to the provincial cannabis corporation, the Societe quebecoise du cannabis.

First harvest is expected in the spring. Annual cultivation capacity is estimated at up to 20,000 kilograms, scaling up to 100,000 kilograms within three years.

Cannara is entering the cannabis scene following a period of market growth sparked by legalization that has given way to widespread consolidation as growers face pressure from investors to deliver better financial results.

Nearly 16 months after legalization, the heady days of the pot stock bubble have given way to a harsh reality where share prices are in the tank, supply issues bedevil the system and politicians are laying blame at each others’ feet.

Shares at Smiths Falls, Ont.-based Canopy Growth Corp. have hovered at around $30 for the past few weeks, less than 50 per cent of its highs of April 2019. Edmonton-based Aurora Cannabis Inc. has seen its stock fall by about 80 per cent to below $3 since legalization.

Other setbacks, such as Ontario’s stringent laws around storefront locations, have slowed expansion but left many in the industry undaunted for the future.

Cannara projects that its facility will create 100 jobs in Farnham. The company has already hired between 30 and 40 employees, including administrative staff in Montreal and production workers at the grow site.

Each harvest requires about three to four months of growth, plus another four weeks for drying and quality control, he said.

The coming week will be dedicated to sourcing the seedlings and equipment so the operation can start bearing fruit.