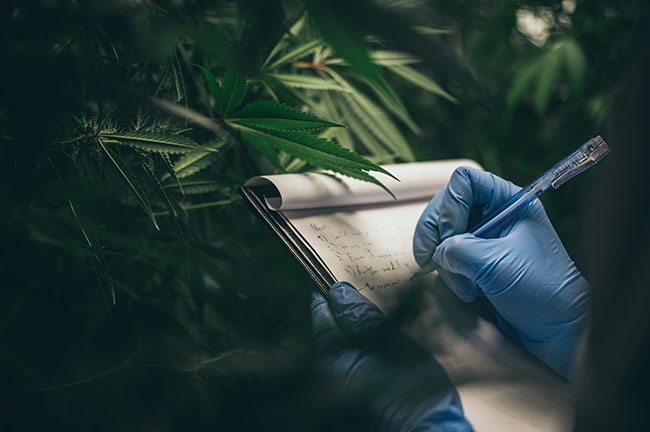 These changes signal a small, but not insignificant maturation of the industry, as well as creating more options for cultivators looking to enter the market, especially as some provinces are starting to allow processors to ship directly to retailers rather than through provincial warehouses.

Also this year, Health Canada announced a change in federal cannabis regulations, including licensed processors no longer needing to apply for a sales licence. Instead, these sales licences — required for sale into provincial and territorial markets — will be automatically issued upon receipt of a processing licence. As such, starting April 19, Health Canada began issuing all existing processors a sales licence, including for dried/fresh cannabis, cannabis extracts, edibles, and topicals.

In reality, the change isn’t that dramatic for most processors because applying for such a licence generally took a few months, and once a licence was issued, there was still a requirement for a 60-day waiting period following new product notification. This process is not part of the recent aforementioned changes. However, the change does free up time for licence holders already dealing with a significant amount of regulatory burden from all levels of government, not to mention provides some potential opportunities to streamline the market for cultivators and processors.

What this means for cultivators
For cultivators, this change means they could see an increase in the number of potential processing partners they can choose from when finding a sales path.

And for those cultivators looking to also secure a processing licence to take part in any provincial farmgate programs, the automatic sales licence will mean that process will become much easier.

What this means for processors
For processors, these changes mean having more time and resources to focus on the myriad of other regulatory burdens, along with every other aspect of their day-to-day activities. For many, simply securing the processing licence and starting commercial operations was enough of a challenge without then having to spend several months applying and waiting for a sales licence.

It also means that, as provinces begin allowing a more direct sales and/or farmgate model, more of these licence holders will be one step closer to being able to take advantage of those sales channels. Provinces such as Ontario, New Brunswick, and Prince Edward Island are currently allowing these farmgate sales, while British Columbia has similar plans later this year.

What this means for the industry
With Health Canada now automatically awarding sales licences along with any processing licence, it further proves that the government is comfortable with the industry’s ability to manage such issues, rather than needing to gate-keep the process on a case-by-case basis.

Furthermore, it highlights a trajectory where, over time, a very strictly regulated industry can begin to become more streamlined. By taking on the task of being the first major nation to fully legalize and regulate cannabis, Canada took a very cautious approach — borrowing hard-learned lessons not only from places like Uruguay and various U.S. states in how they have managed cannabis, but also from the history of trying to reign in traditionally under-regulated vices, like alcohol or tobacco.

But this highly regulated approach doesn’t have to be, nor was it intended to be, always extant in its initial approach. It’s reasonable to expect that as the industry matures and there’s a less hovering political concern to ensure nothing goes sideways from a public health and safety perspective, governments will choose to create more regulatory efficiencies.

There is also the flipside to all of this: What this doesn’t mean for the industry. Well, this change doesn’t mean all these processors will now automatically be able to sell into the market. They will still need to be approved for sale in the different provinces and territories. Most of these jurisdictions also require each individual product to be approved for sale as well.

It also doesn’t mean every processor will want to deal directly with provinces. There are some processors with various sales licences who will still choose to partner with others and allow them to manage that aspect of sales. This is likely to continue. But as the industry continues to mature, these kinds of changes can make the industry somewhat more competitive and sustainable, and provide some hope for a highly regulated industry that there is at least slightly less red tape on the horizon.

David Brown is the founder of StratCann, a cannabis industry publication with a special focus on micros and nurseries. Prior to StratCann, David was a senior policy advisor to Health Canada’s cannabis branch from 2018 to 2020.